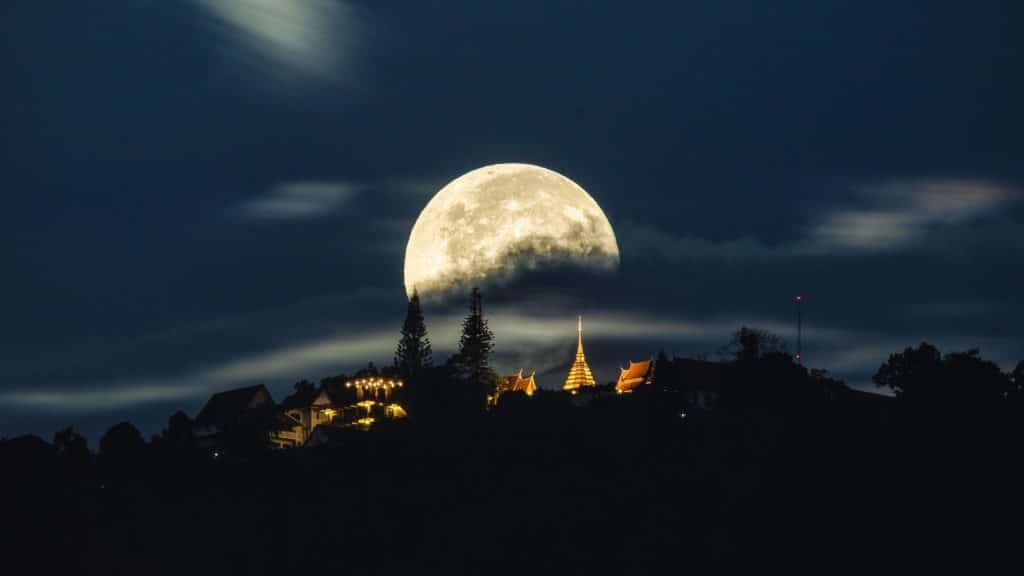 The first total lunar eclipse in more than two years coincides with a supermoon this week for quite a cosmic show across the pacific. The supermoon will be best viewed in the western half of North America, bottom of South America and east Asia.

The total eclipse will last about 15 minutes as Earth passes directly between the moon and the sun. But the entire show will last five hours, as Earth’s shadow gradually covers the moon, then starts to ebb. The reddish-orange color is the result of all the sunrises and sunsets in Earth’s atmosphere projected onto the surface of the eclipsed supermoon.

“Hawaii has the best seat in the house and then short of that will be California and the Pacific Northwest,” said NASA’s Noah Petro, project scientist for the Lunar Reconnaissance Orbiter.

New Zealand and Australia also will have prime viewing.

Circling the moon for 12 years, the orbiter will measure temperatures changes on the lunar surface during the eclipse. Telescopes atop Hawaii’s Mauna Kea also will monitor the moon, Petro said.

The moon will be setting and the sun rising along the U.S. East Coast, leaving skygazers — Petro in Virginia included — pretty much out of luck. Europe, Africa and western Asia will miss everything. There will be livestreams available.

Everyone everywhere, though, can still soak in the brighter than usual moon, weather permitting.

The moon will be more than 220,000 miles (357,460 kilometers) away at its fullest. It’s this proximity, combined with a full moon, that qualifies it as a supermoon, making it appear slightly bigger and more brilliant in the sky.

Last month’s supermoon, by contrast, was 96 miles (155 kilometers) more distant. Unlike a solar eclipse, there’s no harm in looking at an eclipsed moon.More lunar shows are on the horizon.

“For people who might feel like we’re missing out, set your calendars for Nov. 19 of this year,” Petro said. This will be a nearly total eclipse where the moon dims but doesn’t turn red.