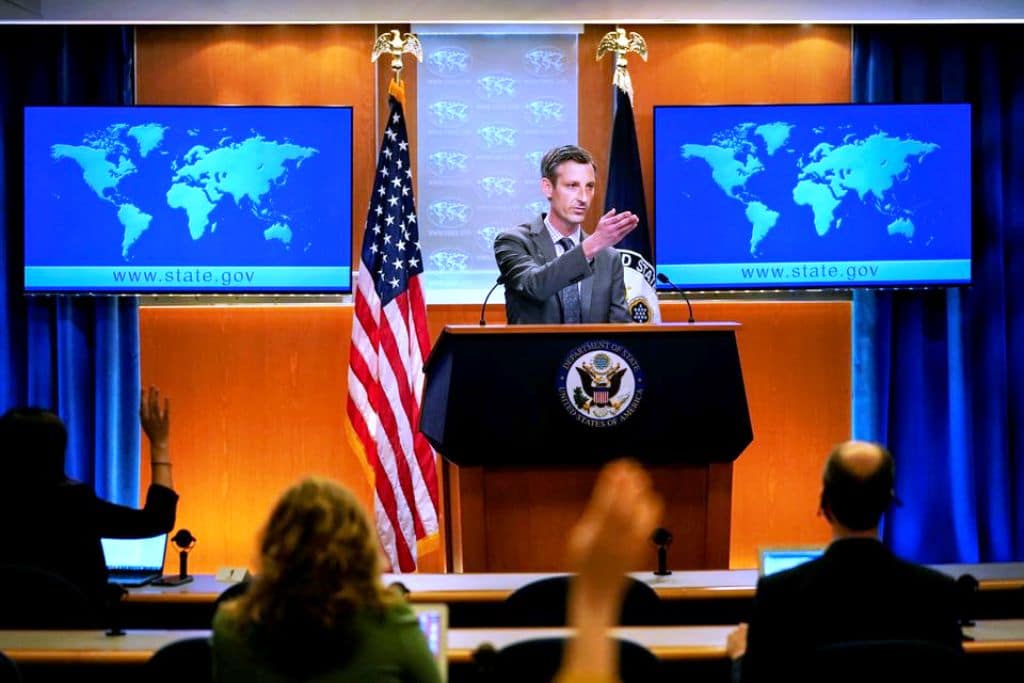 The Biden Administration on Friday warned its business community of growing risks of operating in Hong Kong due to China’s clampdown. The US Government is putting new pressure as a growing number of Western companies consider abandoning Hong Kong’s financial hub.

The Biden Administration also imposed sanctions on seven more Chinese officials in Hong Kong as it vowed there would be a price for Beijing’s imposition of a draconian security law a year ago.

“Beijing has chipped away at Hong Kong’s reputation of accountable, transparent governance and respect for individual freedoms and has broken its promise to leave Hong Kong’s high degree of autonomy unchanged for 50 years,” Secretary of State Antony Blinken said in a statement.

In a long-awaited advisory that has already been denounced by China, US government agencies led by the State Department told entrepreneurs that they face “growing risks” in Hong Kong.

The changing environment “could adversely affect businesses and individuals operating in Hong Kong,” it said.

“As a result of these changes, they should be aware of potential reputational, regulatory, financial and, in certain instances, legal risks associated with their Hong Kong operations.”

The advisory acknowledged that Hong Kong, a former British colony handed back to China in 1997, “retains many economic distinctions” from the mainland including stronger protections of intellectual property.

But it pointed to a declining climate under the national security law including the arrest of one US citizen — John Clancey, a prominent human rights lawyer.

China imposed the security law in June 2020 after massive and sometimes destructive protests that demanded the preservation of fundamental rights promised to the city before the handover.

Dozens of people have been charged under the law, which bans subversion and other offenses against the state, including the media tycoon Jimmy Lai, former lawmakers and pro-democracy activists.

The US advisory also warned of heightened risks to data privacy and a lack of transparency and access to information, noting the closure of a leading newspaper, Apple Daily, which was a thorn in the side of authorities.

The Biden Administration also highlighted that businesses were at greater risk of incurring US sanctions, which have been aimed in particular at banks if they work with police or other institutions seen as abetting curbs on autonomy.

In the latest sanctions, Secretary of State Blinken announced that the Biden Administration was blocking any US interests or property of seven deputy directors of the Liaison Office, which represents Beijing in Hong Kong.

The United States, whose relations with Beijing have sharply deteriorated in recent years, has already slapped sanctions on top officials including Hong Kong’s pro-Beijing chief executive, Carrie Lam, who has admitted that she has since struggled to use credit cards as a result.

“You would only lift a rock and drop it heavily on your own feet. The long river of history has proven countless times that victory must belong to the indomitable Chinese people!” Xia said in a speech.

In a statement after reports first emerged of the advisory, the office of the commissioner of the Chinese foreign ministry in Hong Kong said the United States was trying to “mislead” international businesses.

“We believe that visionary people around the world will remain clear-eyed, see through the tricks of the US side, and make the right choice,” it said.

Hong Kong emerged as one of the world’s premier trading hubs thanks to its business-friendly laws, respect for rule of law and proximity to the vast Chinese market.

Since the imposition of the security law, a growing number of international companies have announced plans either to leave or reduce staff in Hong Kong including VF Corp., the US apparel giant known for its Timberland and North Face brands.

A survey in May by the American Chamber of Commerce in Hong Kong found that 42 percent of its members were considering or planning a move out of the city.