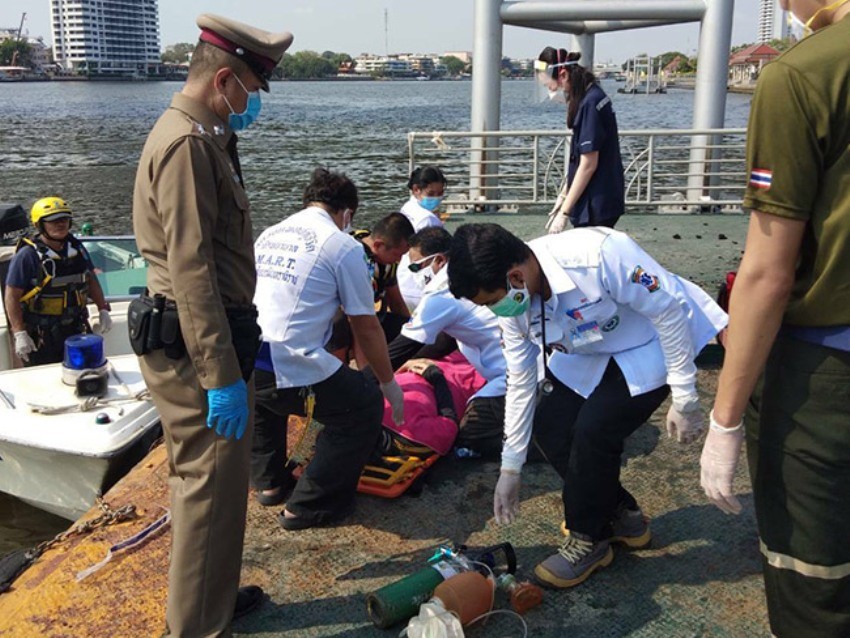 Two University Students have died while a third was rescued after the three attempt suicide by jumping off the Rama VIII bridge in Bangkok. The three women decided to jump off the Bridge hoping to end their lives due to stress from Covid-19.

The Metro Police Station was notified of the incident and dispatched a team of medics to the scene.

The two women, aged 20, were taken out of the water but one died at the scene. The rescue team spent 2 hours searching for the third woman whose body was later retrieved from the river.

During questioning, the surviving woman told police that the three were cousins. They also studied and lived together in an apartment near the University of the Thai Chamber Commerce.

On April 3, they decided to commit suicide by jumping from Rama VII Bridge. According to police they had been discussing the idea for a few months.

The survivor was sent to Siriraj Hospital to be tested for Covid-19 as she had a high temperature.

Her father said that after the closure of their university for Covid-19, she had returned to her home. However she later went back to pay the rent for her apartment and never came back.

Man Jumps to His Death from Expressway in Bangkok

A 74 year-old British man has allegedly has jumped to his death from the Sirat Expressway in Bangkok on Saturday.

Police on Saturday (April 4) found the body the Briton at the Ramkhamhaeng intersection in Bangkok’s Hua Mak district.

Witnesses reportedly told police that they saw him jump onto Ramkhamhaeng Road from the Sirat Expressway above. Police also found his parked Isuzu D-Max pickup with a suicide not inside. According to Amarin TV his name was Brian Shelley Lindsay, 74, it was attached to the suicide note.