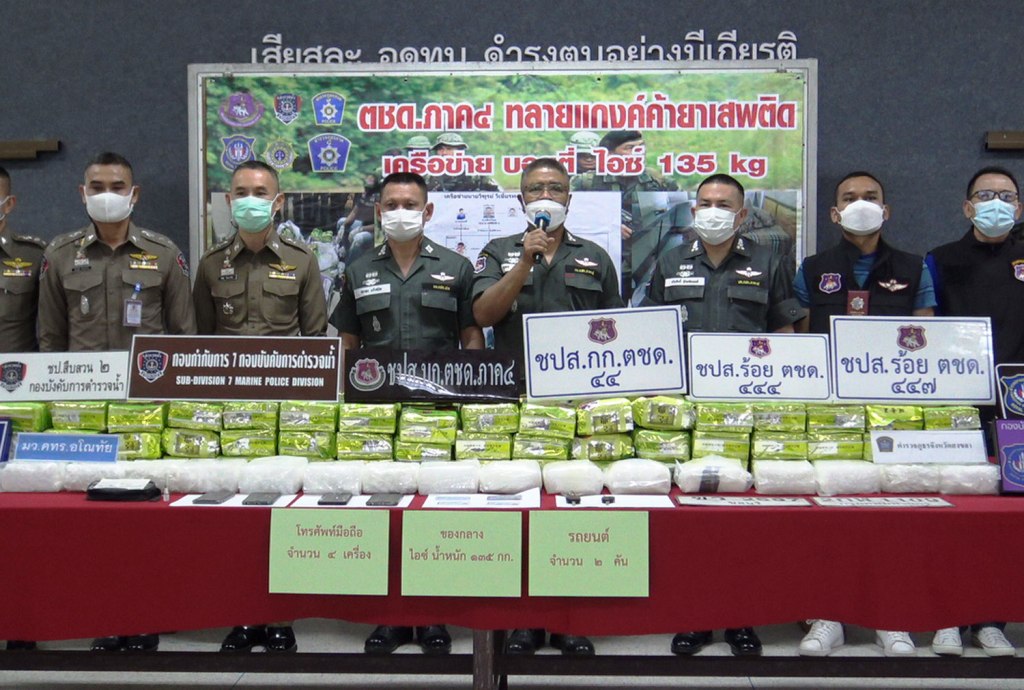 Mr Withoon was caught in his car at Samrong junction in Muang district of Songhla. Mr Akkhawin was arrested when his car was stopped near a convenience store in Ratthaphum district of Songkhla.

Mr Panupong and Ms Orawan were tracked to Hat Yai bus terminal and later taken from a passenger van at a security checkpoint in Chulabhon district of Nakhon Si Thammarat around 10.20pm on Tuesday.

During questioning, the four allegedly confessed to having been hired by a man identified only as Boy, alias Tee, in Chon Buri. The drugs were intended for delivery in Tak Bai district of Narathiwat. Someone was supposed to collect the consignment from the resort room.

They said they were being paid 300,000 baht.The four were held in police custody for legal action on drug charges.

Meanwhile, the United Nations Office on Drugs and Crime (UNODC) has urged regional governments to focus on suppressing precursor substance trafficking to end the cross-border trade of drugs.

“While the pandemic has caused the global economy to slow down, criminal syndicates that dominate the region have quickly adapted and capitalized. They have continued to aggressively push supply in a conscious effort to build the market and demand,” he said.