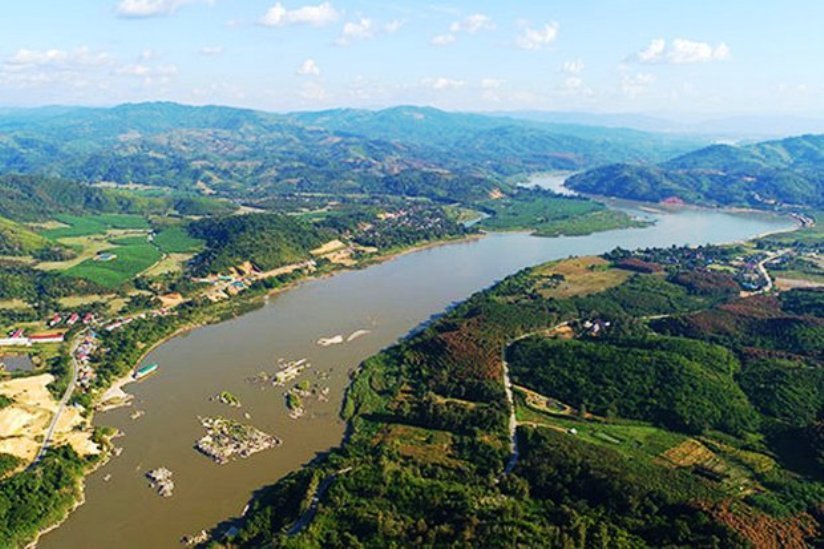 The Thai government has officially scrapped a Chinese-led project to blast rapids on the Mekong River in Chiang Rai Province. The blasting project was highly opposed by by local people and also environmental groups.

China initiated a plan to dredge the Mekong River in 2001. The plan was to make room for large ships to carry goods from its landlocked southern province of Yunnan to ports in Thailand and Laos.

The plan was high;y opposed by conservationists and communities in Thailand living along the Mekong River. They feared it would harm the environment and benefit only China.

The Thai cabinet agreed to scrap the dredging and blasting plan during a weekly meeting on Tuesday.

“The communities affected and non-profit groups were against the plan. Above all fearing it would affect the way of life, and China also had no funding for it … So we ended the project,” said Trisulee Trisaranakul, a deputy government spokeswoman.

“It didn’t take off yet. We were only doing environmental and social impact assessments,” she told Reuters.

The Chinese embassy in Bangkok was not immediately available for comment.

A Thai cabinet document said that China had in any case informed countries on the Mekong River last year that it was not planning to pursue the project. However work had continued on stretches of the river in Laos and Myanmar.

The Mekong flows from China, where it is known as the Lancang river, through five southeast Asian countries.

China’s mistreatment of the Mekong, and its control of upstream water supplies, already shows the problem. Treating the mother of rivers like an international canal is no way to conserve and protect the environment, fishing and Thai people’s traditional lifestyle.

China Dam’s on the Mekong River have also become a controversial issue. Thai farmers say fish stocks have collapsed along the Mekong River. Even more after China revealed it was testing equipment at one of its dams in the waterway’s upper reaches.

The Mekong, the world’s 12th-longest river, stretches 4,350 km from China in the north to Vietnam in the south. It hosts at least 270 species of fish, experts say.