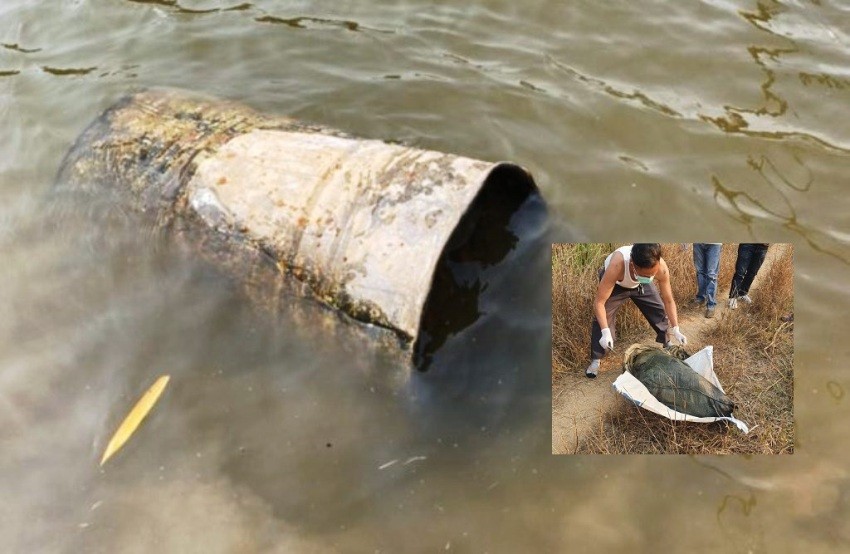 Mae Fah Luang Police Station has reported the discovered a dead body stuffed into an oil drum floating in a water reservoir. The 200 liter oil drum has allegedly been floating in the reservoir for over a week.

Investigators from the Mae Fah Luang Police Station were told by local villagers that the oil drum had been floating in the middle of the reservoir since last Monday. It wasn’t until the oil drum brought ashore did villagers summon police. Local teenagers curious of the drums contents dragged the drum ashore while creating a video on social media.

Once the drum was ashore its was admitting a terrible smell. When the teens opened it to investigate the discovered the body inside. That was when one of the teens rushed to tell the local headman, who called the Mae Fah Luang Police department.

Investigators from the Police Station along with forensic officers examined to body and found no bullet or knife wounds. Upon examining the victims pockets then found drug paraphernalia used to take heroin. The victim was also dressed in a black jacket and pants. Forensic police said the victim was also wearing a gold digital watch and a girl guide belt buckle.

Forensic police determined to body to be a male victim however due to the bodies decomposed state they were unable to determine an exact age. The victims body was transported to hospital for a postmortem examination.

Investigators from the Mae Fah Luang Police station also asked local villages if anyone had reported a missing person. However nobody in the local area have come forward with regards to a missing persons report. Police also contacted authorities in other districts as the body was found was about 12Km’s from the Myanmar border.

Fah Luang Police suspect the victim may have been involved in a drug trafficking deal gone bad.