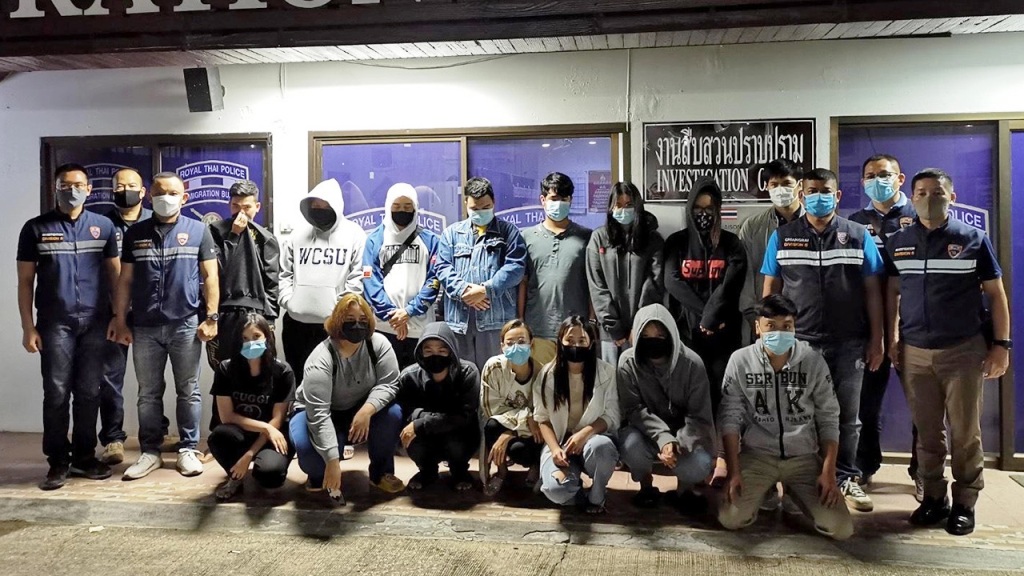 Authorities in Chiang Rai have busted up an online gambling network at a resort in the area of ​​Village No. 2, Wiang Phakham Sub-district, Mae Sai District. Immigration police and provincial authorities  detained 13 people, 5 men and 8 women working as website administrators.

Chiang Rai Police seized 14 computers and said the gambling network was raking in an estimated 750,000 baht per day. Under questioning from investigators one of the gambling ring administrators gave up 2 more individuals operating at a home in Nam Jum Village, Moo 12, Mai District.

All 15 of the accused and their seized computers were taken to Mae Sai Police Station for further legal action.

Meanwhile, the Minister of Digital Economy and Society Buddhipongse Punnakanta said that the his ministry has shut down 1457 URLs that have been running online gambling.

Her said that 140 people have been arrested for involvement in operations of gambling websites and for laundering Bt21.7 billion worth of money.

He added, In the past three months, the ministry has been working with the Royal Thai Police’s Technology Crime Suppression Division to find online gambling websites and shutting access to them, in an effort to solve the problem of online gambling in Thailand, in keeping with Prime Ministers policy.

He further added, people are encouraged to send screenshots or the URL of online gambling ads or websites to the DESMonitor Facebook page. Officials will submit this as evidence to police for investigation, and the ministry will close the website after receiving police approval”, reported The Nation Thailand.

Notably, online gambling is an offence under the law in Thailand. Nearly all forms of gambling are illegal in Thailand. The legislation doesn’t specifically mention internet play, but online gambling falls under the general category of gambling. The two exceptions to the country’s ban on gambling are the national lottery and betting on horses at a few racetracks. Other than that, the entire country is a no-gambling zone.