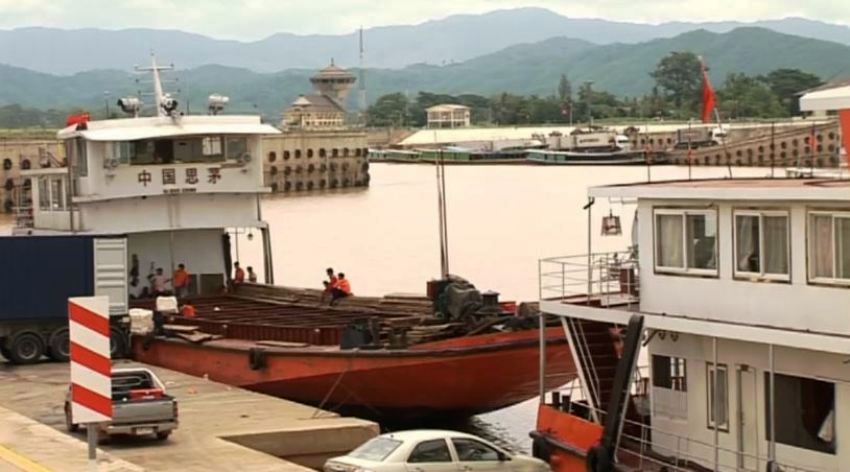 Thailand has reopened four ports on the Mekong River that had been closed since March 21 due to the Covid-19 coronavirus outbreak. These ports in Chiang Rai are normally handling large cargo volumes exported to and imported from China.

Chiang Rai Governor Prajon Pratyakul ordered the closures of these ports as well as cargo terminals and border crossings. Leaving only two bridges over the Mekong River in Chiang Kong and Mae Sai districts to remain open.

As the situation in China has improved, the Governor ordered reopening of the ports in Chiang Saen. The ports are open only for cargo shipment.

The temporary closures of the ports has also resulted in cargo piled up at port terminals. Also shortages of daily necessities, not only in Thailand but also in Myanmar. Border towns in Myanmar and Laos also rely on imports from Thailand.

The operations of the ports are however limited to only three days a week. Travelers are still not allowed port entry.

Meanwhile, the Governor has also issued an order that ‘everyone entering Chiang Rai province will have to wear a face mask. They will also undergo screening at checkpoints.

This order will apply to all visitors whether, on foot, private vehicles or public transport. Those who cannot provide evidence of being a local resident or having a workplace in Chiang Rai will be denied entry. Furthermore those who do not wear a face mask or refuses to undergo the screening process will also be denied entry.

For the people who are allowed entry, they must provide their name, address and telephone number to checkpoint officials. They must also follow strict guidelines according to the Public Health department. Including maintaining the distance of at least one meter between anyone and regularly wash their hands.

Vehicles that are carrying supplies and products for selling or manufacturing in the province are allowed to enter the province. However they have to undergo the screening procedure as well.