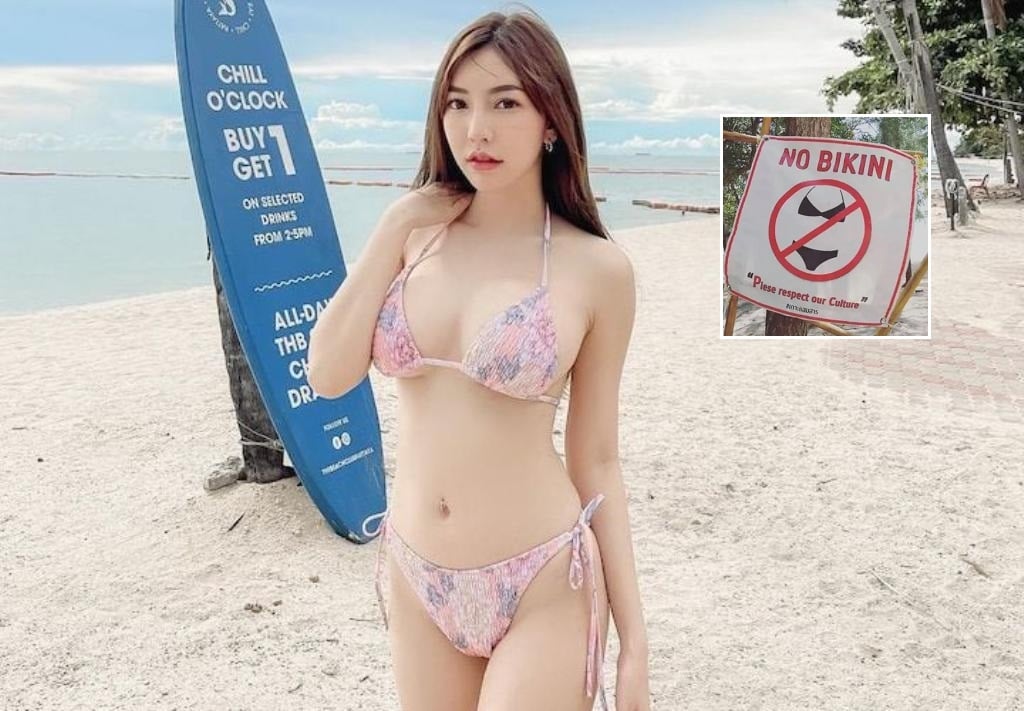 The Royal Thai navy has said it is not explicitly prohibiting women from wearing bikinis on its beaches in Chon Buri. However, it is asking visitors for their cooperation in not doing so out of respect for Thai culture.

Vice Admiral Pokkrong Monthatpalin told the Bangkok Post that the Royal Thai Navy is asking that female visitors not wear bikinis on its beaches for the sake of “order and following Thai culture and tradition”.

Vice Admiral Pokkrong responded to a July 27 Facebook post on the “Quotidien de Thailande” account of a photo showing a “No Bikini” sign on Koh Samae San, off Chon Buri’s Sattahip district. The island is navy territory.

Read: Thai General Questions if Tourists in Bikinis are Safe After Murders

According to Vice Admiral Pokkrong, such signs are only intended to discourage tourists from wearing bikinis, not to imply a navy ban.

A navy spokesman said the signs are being replaced with billboards that explain the navy’s support for conservative seaside fashion.

Despite being a tourist attraction, Koh Samae San remains under navy jurisdiction.
Visitors are prohibited from staying overnight, drinking alcohol, or gathering in large groups on the island.