Thai Economy Was Sick Way Before the Novel Coronavirus
Advertisement 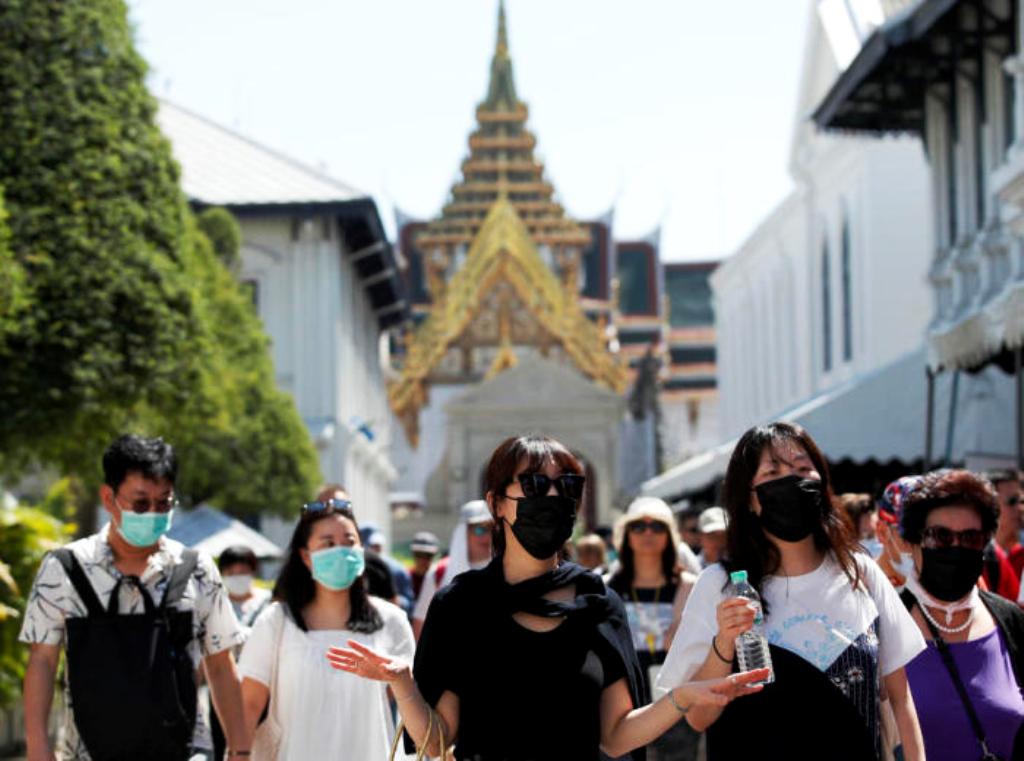 Despite Thailand having the largest amount of novel coronavirus cases outside of China, the Thai economy was sick even before the virus outbreak. Unfortunately, the export-reliant $500 billion Thai economy has been plagued by a strong baht and US-China trade war.

Now add in Beijing’s newly imposed restrictions on Chinese travelers, who account for the lion’s share of arrivals, plus the knock-on effect on other tourists, and a recession begins to look imminent.

Thailand has lagged its Southeast Asian neighbors for some time. While political upheaval has been a major drag, there are others too: an aging population, poor productivity, flat-lining consumption and hefty household debt. The central bank now expects GDP growth of 2.5% for 2019. That’s considerably worse than even lackluster peers like Malaysia and Indonesia, and the country’s weakest pace since 2014, the year a military junta took power.

Exports also shrank in 2019, with shipments in the key car making industry declining. Thailand is a regional hub for vehicle manufacturers like Nissan Motor Co.. Which have been affected by poor demand in major markets such as China, Bloomberg reports.

The Thai currency outperformed last year despite policymakers’ efforts, on the back of a yawning current account surplus, weak inflation and near-record foreign exchange reserves. The baht’s recent weakening has been one of the few positive side-effects of the coronavirus epidemic. In November, Thailand relaxed rules on capital outflows to ease upward pressure. But central bank officials know that too much tinkering in the market could prompt Washington to label it a currency manipulator.

Meanwhile, fiscal stimulus, including an infrastructure drive, was held up by wrangling around the 2020 government budget. An interest rate cut this coming week, to a record low of 1%, looks likely. Which will also affect the Thai economy.

So the year had already started poorly. Now, with 19 confirmed cases of novel coronavirus, most of them Chinese travelers, and the illness spreading fast, it looks a whole lot worse. In the third quarter, the economy expanded only 0.1% compared to the previous three months. Analysts say fourth-quarter numbers, reported this month, could show a slip into negative territory. A further contraction in the first three months of 2020 would put Thailand into a technical recession.

The first and most direct factor is tourism. Depending on how you measure it, the industry accounts for roughly a fifth of Thailand’s GDP. Visitor numbers were already depressed by the strong baht, which made other tropical destinations cheaper. Chinese tourists, who were supposed to flock back as the impact of a 2018 boat disaster waned, were trickling in only slowly.

That makes China’s restrictions to contain the pandemic all the more painful. On Jan. 24, travel agencies were ordered to stop selling tour packages overseas. While many more Chinese now venture abroad alone, roughly half still go with groups. Thailand’s finance ministry warned last Wednesday that the virus and related bans could have a three-month impact, meaning 400,000 fewer visitors. Tourism authorities have forecast an even steeper Chinese drop.

For Thailand, that’s more than a peak-season blow. China accounts for the largest number of visitors – some 11 million traveled last year, according to Thai authorities. They also splurge more per head than any other nationality. Amounting to an estimated total of almost $18 billion in 2019. That’s just over a quarter of spending by overseas visitors, as reported by Thailand’s tourism authority.

Consider the knock-on effect on other nationalities and it becomes clear why Citigroup Inc. analysts have cut their expected increase in tourist numbers for 2020 to 0.5% from 6.5%. There are also harder to measure, second-order impacts, like the impact of slower Chinese growth on the wider region, on global growth and on trade. Consumption will suffer.

The experience of Severe Acute Respiratory Syndrome, which brought the region to its knees in 2003, offers some consolation. Back then, the most affected economies, including Hong Kong, bounced back quickly. By August 2003, Hong Kong arrivals were back at pre-SARS levels. Thanks to rules that made it easier for mainland travelers to cross the border. China appears to have moved more swiftly this time. Its also better equipped and this virus appears less deadly.

But the scale of the epidemic is still hard to measure. Both China and tourism account for a far larger slice of Thailand’s economy than ever before. Add in a crippling drought and budget troubles have delayed much-needed fiscal stimulus to go with lower interest rates. Thai stocks marked their steepest drop since 2016 last Monday. It’s hard to argue that pessimism is overdone.