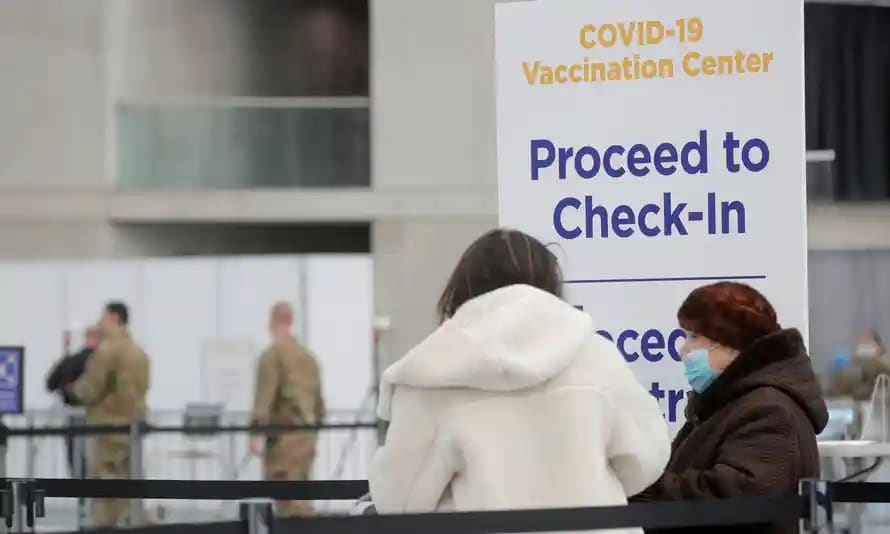 Researchers at University College London (UCL) are saying the UK could cross a key threshold to heard immunity as soon as Monday. Increased Covid-19 immunity in the UK raises prospects of moving on from the worst of the pandemic.

According to the researchers at University College London (UCL), herd immunity could be achieved in the UK when three-quarters of the population has antibodies against the covid-19 virus. Either through vaccination or past infection.

The UK has already seen a plunge in new covid-19 cases and deaths, and the government will relax restrictions, including on outdoor dining, this Monday. Those developments have fuelled hopes that the country will soon shake off its Covid-19 shackles.


Many other scientists think the UK is much further from herd immunity than the University College London model suggests. It has come under fire from some skeptics who say it overestimates the strength of covid-19 vaccines. They believe the universities model doesn’t adequately account for waning immunity and new virus variants.

Imperial College London estimated no more than 40% of the UK has protection from Covid-19. “There’s a lot of uncertainty about the length of immunity, both vaccine immunity and natural immunity,” said Anne Cori, a lecturer at Imperial. “If immunity is waning, you might lose herd immunity after you reach it.”

Still, the progress marks a milestone for the UK that has been hard hit by the pandemic. More than 127,000 have died from the pandemic and the UK has had nearly 4.4 million covi-19 cases. The 7-day average of new daily cases has fallen to 3,200 as of this week, compared with 59,000 in January.

The improved outlook is also good news for Prime Minister Boris Johnson, who was criticized for a slow response to the crisis.

In the early days, his government’s chief scientific adviser suffered a backlash after speaking about the UK’s apparent ambition to “build up some degree of herd immunity” — exposing a proportion of the population to the virus — but he has since insisted this was never official policy and claims he was misinterpreted.

Virologists describe herd immunity as the point at which a virus struggles to make inroads into a society because of high immunity levels, either through vaccination or previous exposure to the pathogen.

If it’s elusive for the UK, for most of the rest of the world it’s still a distant dream. Experts agree that speeding up vaccinations is the surest way to bring the virus under control, and in that regard Britain is out in front of most other countries.


Almost half of Britons have received at least one vaccine dose, compared with just 14% in the European Union, according to the Bloomberg Vaccine Tracker. Still, after becoming an epicentre of a fresh Covid surge, there are tentative signs that Western Europe is turning the corner.

EU struggling to get herd immunity

On Thursday, France hit a target of giving a first jab to 10 million people, a week ahead of schedule. Germany vaccinated 720,000 people that day, a record for the nation, and aims to comprehensively inoculate its population by mid-summer. As supplies ramp up, Europe’s largest economy could administer 3.5 million doses a week, according to Health Minister Jens Spahn.

Even so, European nations will likely lag Britain in fully vaccinating 75% of their populations, according to analysis by Airfinity, a London-based research firm. While the UK is set to reach that level by early August, Germany won’t get there until September and France until October, the firm’s current estimates show.

The European Commission is looking to ensure a steady supply of vaccines in coming years, to avoid the shortages that have hobbled immunisation campaigns in the bloc.

Shots may be needed for years to come, especially if the virus continues to mutate and circulates at lower levels, much like the flu.

“Longer-term, it’s going to be more like an epidemic where there are sometimes outbreaks and you’ll need to manage that,” said Matt Linley, a senior analyst at Airfinity.