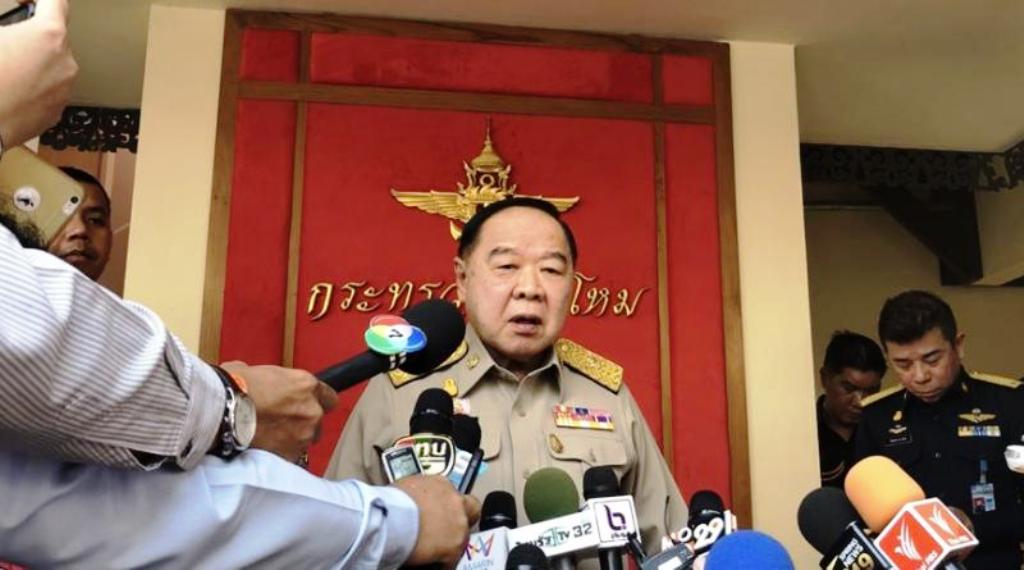 Thailand’s Deputy Prime Minister Gen Prawit Wongsuwan has stressed the State of Emergency decree, now valid until the end of September, is solely due to its place in controlling COVID-19. Not for political purposes. Gen. Parwit’s statement comes after the Thai Civilized Party leader has called on the Prime Minister to resign if he fails to control the current political situation in a month.

Gen Prawit confirmed the State of Emergency remains necessary for the control of COVID-19. For that reason the government has decided to extend it for another month, until 30th September.

He has denied that the decision to extend the State of Emergency has anything to do with recent anti-government protests. He also declined to comment regarding the plan to open a dialogue with anti-protestors.

Meanwhile, the Thai Civilized Party leader Mongkolkit Suksintharanon has called on the Prime Minister Gen. Prayut Chan-o-cha to resign. Unless he can settle the current protest situation in a month.

He said he believes the next anti-government protest on 19th September would be bigger. The unemployed and those affected by the current economic crisis are expected to join the students; it could possibly take place at the parliament building.

Mr Mongkolkit said Gen Prayut should resign, to allow the parliament to choose a new Prime Minister from the candidate list. Asking that Gen Prayut not be nominated again in the new vote.

He also added that this request is made out of good faith as a government coalition MP. Who does not wish to see any extrajudicial changes.

Gen Prawit Wongsuwan served as Minister of Defence of Thailand from 2008 to 2011 and from 2014 to 2019. He is the deputy chairman of the National Council for Peace and Order  after the 2014 coup. He also holds the post of deputy prime minister.