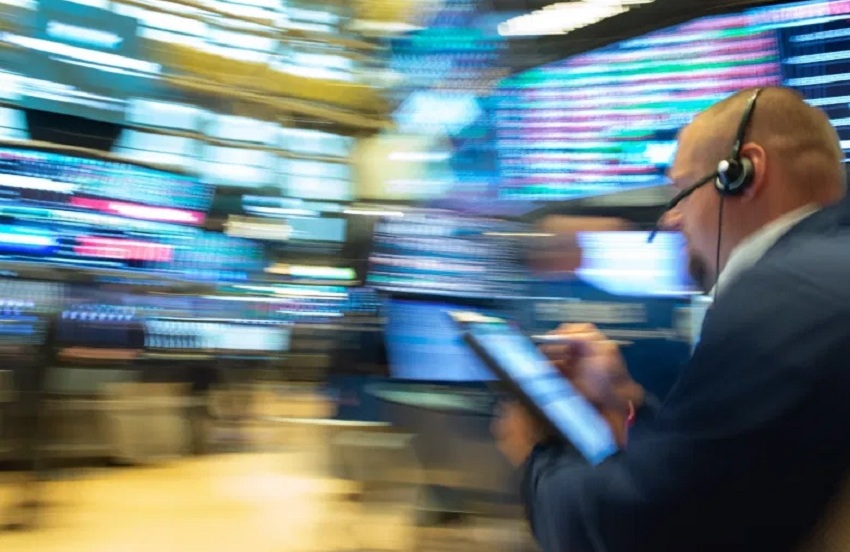 There are signs the coronavirus outbreak may be easing and investors will be looking to see if a two-week stock rally has legs. The decline in the oil price sinks one of the world’s most secretive fuel-trading companies that ratcheted $800 million in losses. Here are some of the things people in markets are talking about today.

New York’s virus outbreak may have begun “a descent” as the rates of new infections and deaths slow in the state. Governor Andrew Cuomo said Sunday that New York appeared to be “on the other side” of the outbreak. The death tally in the U.S. topped 40,000. A deal on new U.S. aid for small businesses could be days away.

Still, social restrictions imposed to curb the virus must be eased in phases and don’t spell the end of the epidemic, World Health Organization Director-General Tedros Adhanom Ghebreyesus said. Singapore now has the most cases in Southeast Asia, overtaking Indonesia after the city-state detected hundreds more victims among low-wage foreign workers.

But a government minister said foreign workers in Singapore know they are currently safer in the city-state than elsewhere including their own countries. Follow the latest developments here.

U.S. equity futures retreated in early trading Monday as investors looked toward a busy week for corporate earnings amid signs of an easing in the global coronavirus spread. Currency markets began the week with little fanfare and stocks in Asia were headed for a mixed start as the coronavirus pandemic showed signs of easing in some of the world’s key hot spots.

The dollar and Treasuries were steady as New York Governor Andrew Cuomo said the state may be past the high point of coronavirus deaths. Oil dropped to an 18-year low after production cuts agreed by top producers last week were seen barely making a dent in the demand destruction wrought by Covid-19. On Friday U.S. stocks posted a second straight week of gains while Treasuries fell, with 10-year yields up two basis points.

Meantime, earnings season will provide investors with a look at just how much the pandemic has impacted businesses. IBM, Infosys and China Mobile kick things off on Monday, followed by Coca-Cola and Netflix.

The son of the legendary founder of Hin Leong Trading said the Singapore oil trader hid about $800 million in losses racked up in futures trading, suggesting a much bigger hole in the company’s finances than thought, according to people with knowledge of the matter.

The downfall of Hin Leong, one of the biggest and most secretive forces in the world of physical fuel-oil trading, shows the depth of the fallout from the dramatic drop in oil prices so far this year as a consequence of the Saudi-Russia price war and the coronavirus pandemic. Lim Chee Meng, the only son of Lim Oon Kuin, said the company also sold some of the million of barrels of refined products it had used as collateral to secure loans from its banks, according to the people.

As a result, the company faces a significant shortfall between the oil stocks it held and the inventories pledged to its banks. Hin Leong and Ocean Tankers both filed for court protection from creditors on Friday as the former struggles to repay its debts.

A historic shift in Australia’s current account from perennial vulnerability to source of strength may prove to be just enough to save the nation’s top credit rating from a budget blowout. Australia recorded its first current-account surplus in 44 years in the second quarter of 2019 and remained in the black for the ensuing two quarters.

There are indications it should remain close to balance and could help stave off a downgrade, as S&P Global Ratings acknowledged when it cut Australia’s AAA credit rating outlook to negative this month. The current account’s return to surplus last year was a function of surging resource revenues and an upward trend in services exports that strengthened the trade balance.

The coronavirus economy is shredding records for government borrowing and central-bank lending. Soon it may also smash the taboo that’s supposed to keep those two things apart. Governments paying for budget spending with loans from their own central banks is known as monetary financing.

The risk, repeated throughout history, is that it becomes a slippery slope in which politicians ride roughshod over central-bank independence, triggering runaway inflation as they splash what feels like free cash around the economy.

The stricture against direct financing has held up even through a series of crises when central bankers did in fact buy plenty of public debt. They just made sure to do it in a roundabout way, snapping up bonds. But in a pandemic that’s placing unprecedented demands on budgets — and could strain the capacity of bond markets to finance them — some monetary experts say it’s time for exactly this kind of break-the-glass policy.

Thai Mobile Operators to Give 100 Minutes of Free Calling

Thai Government May Eases Economic Restrictions at the End of April