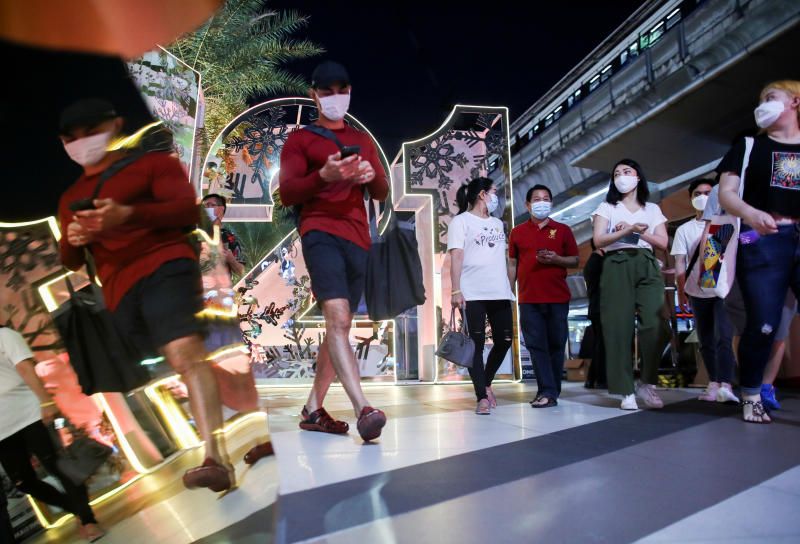 Thailand’s economy in 2020 performed at its lowest levels in over two decades, just-released, full-year data shows. The year’s 6.1% contraction falls short of the devastating 7.6% decline that occurred in 1997 during the Asian Financial Crisis.

Officials blamed the demise on Thailand’s economy from the gutted tourism industry; due to travel and border restrictions, and ongoing political upheaval within the Kingdom. They also made it clear that they now expect the economic rebound of 2021 to be much slower than initially predicted.

This news is another blow to the millions of struggling business owners and workers who are suffering since travel stopped and the tourism industry collapsed. Secretary general of the Office of the National Economic and Social Development Council (NESDC), Danucha Pichayanan, explained the government’s stimulus package is the reason the shocking economic decline slowed in the last quarter of the year.

A long term effect of stimulus loans is long-term inflation however, which means that the current economic woes may be dragged out much longer than most people predict. It’s not all bad news though, as the lockdowns and border restrictions have benefited some local industries.

“With people spending more time inside, many have decided to upgrade the interior of their homes. It’s been good for our business,” says Name, an online distributor of flooring, hardware and home accessories based in Chachoengsao. “DIY projects and home renovations are popular recently, with vinyl and laminate flooring, Thai style wall cornice (บัวพื้น บัวเชิงผนัง), and skirting boards, all being strong sellers.

Other local industries have seen an even larger boost in sales. Massive increase in demand for rubber medical gloves have been a godsend for the rubber industry in Thailand. “Things have been absolutely crazy in medical over the last year,” said a spokesperson from the medi supply industry. “Demand for nitrile, latex and vinyl medical gloves is through the roof, suppliers can’t keep up!”

With the shift towards people working from home, online work appears to be a growth sector as well. A spokesperson for virtual workers in Thailand believes this trend is set to continue. “While many industries are currently suffering due to the tourism collapse, online work is booming and educated, computer-savvy workers who are ready for the digital era are set to capitalize. Thailand’s excellent internet infrastructure will also be a driving factor of this growth.”

Thailand’s Shattered Economy the Worst in More than Two Decades