Was Thailand's Lockdown More Deadly than the Covid-19 Virus?
Advertisement 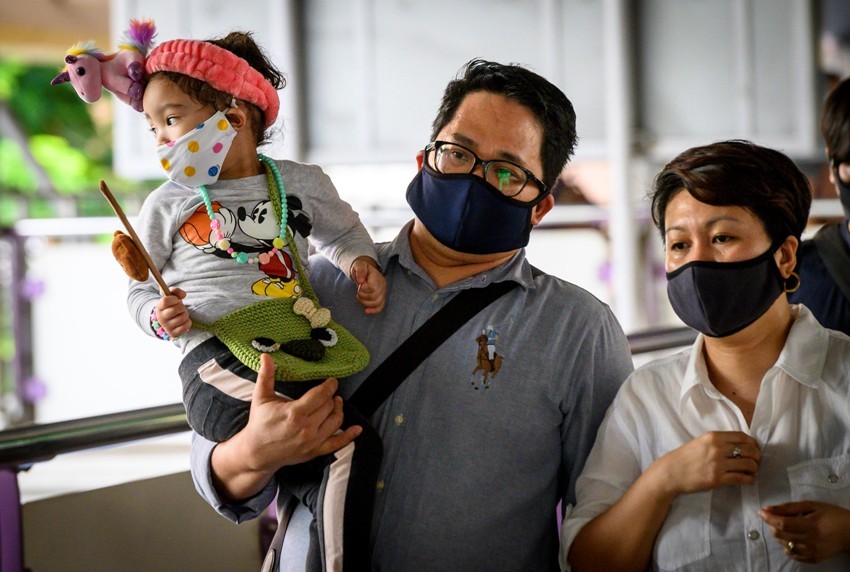 On Tuesday Thailand’s health department has reported 58 Covid-19 deaths since the start of the pandemic as the Government eases lockdown measures. Thailand’s government has done a great job of controlling the Covid-19 outbreak in the Country.

However one might ask at what cost to its people. Since the lockdowns began, people have been driven to desperation by the unprecedented economic impacts of the COVID-19 pandemic.

Furthermore the number of Thais committing suicide to escape their hardship has skyrocketed. According to a research paper commissioned by the Office of the Committee for the Promotion of Science suicides have risen substantially since the national lockdown measures were in put in place.

The research was conducted by a group of academics from Chiang Mai, Chulalongkorn, Thammasat, Thaksin, Khon Kaen and Burapha universities, based on press reports published during the first three weeks of April.

The report says that there were 38 suicide attempts during that period, resulting in 28 deaths. Also adding that, while the lockdown has been somewhat successful in slowing the rate of new COVID-19 infections and deaths, it has also had a devastating impact on the economy.

Thailand’s economic planning agency reported last week that about 14.4 million workers in Thailand face unemployment in the second and third quarters, largely due to impact of COVID-19.

Abuse on rise amid lockdown

Out of the 14.4 million workers, some 8.4 million are estimated to be at risk of job loss, 2.5 million of whom are in the tourism sector, 1.5 million in the industrial sector and 4.4 million in other parts of the service sector, the National Economic and Social Development Council (NESDC) said in a statement. The Thai tourism sector employs some 3.9 million people, while the industrial sector employs about 5.9 million workers.

The Bangkok Post reports that domestic violence has almost doubled since the onset of the Covid-19 lockdowns. According to the Social Development and Human Security Ministry the number of violent incidents stemming from domestic conflicts from the start of February to the end of last month came to 474.

Women and children were usually the victims of violence. Furthermore most complaints stemmed from incidents of assault or arguments related to extramarital affairs and jealousy. Other complaints included mental stress resulting from economic stagnation brought on by the pandemic.

Supensri Puengkoksung, director of the Social Equality Promotion Foundation, says economic woes have raised people’s stress levels as many realize their jobs are at risk. Also, people are heavily drinking as they cannot go out to socialize. Then intoxicated, people often take out their frustration on their family members.

The economic woes and stress from the Covid-19 pandemic lockdowns has caused an increased amount of crimes. Homicides, armed robberies and petty theft has also increased since lockdowns were imposed.

In Northeastern Thailand, a mother forced out of work by the covid-19 crisis was arrested and charged with stealing money she said she desperately needed to feed her hungry baby. Miss Aphaporn Kerdtruat, 25, told investigators she was a hairdresser and was unemployed because the beauty salon was closed by the coronavirus pandemic.

She told police she saw a wallet in a small compartment at the front of a motorcycle parked outside the shop, and she stole it because she was desperate for money to feed her child.

The pandemic and lockdown has triggered the mental wellbeing of people all across the country. Many report being unable to sleep and becoming anxious. Tempers are fraying as minor irritations become major aggravations for people forced to stay home by the lockdown restrictions.

The Thai governments decision to lockdown the country to prevent the Covid-19 pandemic from spreading will be questioned by politicians, academics and citizens for years to come. Questions will be asked and accusations will be made on what the best course of action should have been been made to fight the pandemic.

Sadly there will be no good outcome from the coivd-19 pandemic lockdown in Thailand. The government can pride its self on how it protected the Thai people from the pandemic, however did it really?