The Top 10 Festivals to Visit in Thailand
Advertisement

From the awe-inspiring to the plain bizarre, there’s a festival for everyone in Thailand, from pretty lanterns floating in the sky, to all-night full-moon parties, and acts of self-mutilation at a vegetarian festival, Thailand sure knows how to mark an occasion.

Festivities are happening in the Land of Smiles nearly every month of the year so you can join the fun regardless of when you visit.

Celebrations kick off in the nation’s capital of Bangkok. Yaowarat, the city’s Chinatown, is the place to be for the giant annual party in the street. Ornate dragon dancers appear, firecrackers get thrown, and deals on elaborate, delicious Chinese banquets are everywhere. Red is the color of this festival so pack accordingly. Festive red decor adorns every street, storefront, and home to ward off Nian, a mythical beast.

A three-day floral extravaganza to mark the end of the cold season, this colorful celebration held in Chiang Mai, “The rose of the North,” features the local Damask rose and extravagant displays of white and yellow chrysanthemums. The not-to-miss activity is the Saturday morning parade with blooming floats and dancers, as well as the many flower vendors at Suan Buak Haad, the center of the festival.

Singha Park Chiang Rai Balloon Fiesta is back for its fourth year. It’s the biggest balloon festival in ASEAN, and if you’re not up to speed here is the gist. First, it’s one of the most Instagram-worthy events of the year, with striking vibrant colors and light filling the sky as the creatively designed massive hot air balloons from more than 15 countries worldwide drift off the ground and into the sky.

Thailand’s biggest, wettest, and most popular festival of the year marks the beginning of the Thai New Year on the Buddhist calendar. During this time, locals and visitors throw buckets of water on each other, spray passersby with water pistols, and catapult water balloons. Although less fun, it’s also customary to spend time with your elders.

Held at Thung Si Muang, this candle-carving festival marks the beginning of Buddhist Lent, which lasts for three months. Historically, monks were confined during this period and so carved ornate designs into donated candles. Today, there are festivities, competitions to find the most incredible carved candles, and a procession that highlights the Royal Candle sent by the King.

This is one of Thailand’s most notorious festivals held on the island of Koh Phangan next to Koh Samui. Attracting thousands of international revelers, this rowdy all-night dance party starts at sunset on Haad Rin Beach and continues until dawn with a variety of music, dancers, and fire performers.

Also known as the Nine Emperor Gods Festival, this nine-day holiday from meat and other indulgences is an act of purification in the Peranakan Chinese community and taken to extremes in Phuket, where acts like walking barefoot on hot coals, putting swords through cheeks, and other acts of self-mutilation represent carrying the sins of the community. Rituals are accompanied by fireworks, drums, processions, and delicious vegetarian cuisine. Not for the weak of heart or stomach! 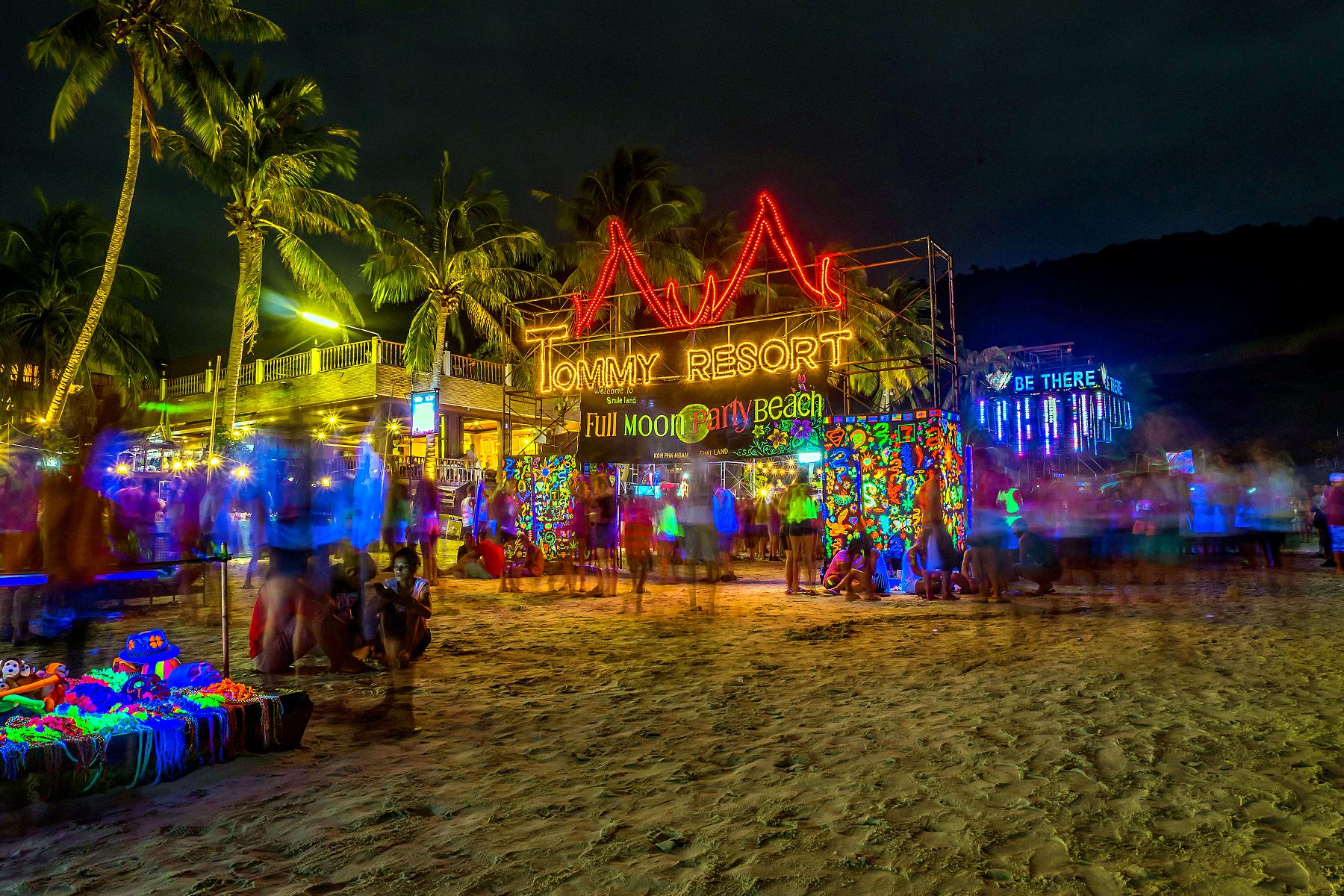 This Chiang Rai festival of lanterns features the release of thousands of candlelit lanterns into the night sky in a magical scene that will take your breath—and the previous year’s bad luck and misfortunes—away. Yi Peng coincides with another lantern festival, Loi Krathong, which is celebrated all over the country to pay respect to Buddha.

While Loi Krathong involves releasing lanterns into the river, at Yi Peng, thousands of lights are placed into lanterns decorated with prayers and wishes and released into the sky in a most magical scene.

Music lovers and free spirits flock to The Fields at Siam Country Club in the seaside city of Pattaya for Thailand’s high-concept, eco-friendly Burning Man. Events include musical performances from a mix of international and local acts, interactive art installations, banquets by award-winning chefs,  workshops on everything from wellness to sustainable architecture, and more. The four-day, carefully curated festival of experiences is 24-hours a day, cashless, plastic-free, and a truly unique festival among festivals.