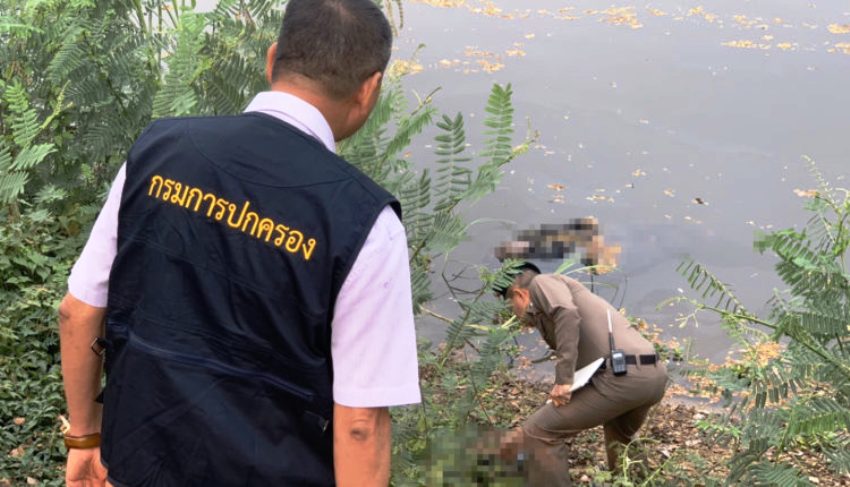 The bodies of seven drug smugglers have been found in a reservoir in Chiang Rai’s Mae Sai district after an armed clash with soldiers. The seven bodies were retrieved by police, rescue workers and army personnel.

The bodies of the seven suspected drug runners were floating dead in different locations in the reservoir.

Police in Chiang Rai province’s Mae Sai district said the seven are thought to have been involved in an armed clash with soldiers. Police also reported 21 sacks filled with meth pills  and crystal meth were discovered on the bank of the reservoir.

The reservoir was also more than a kilometer (half a mile) from where the shootout occurred.

Col. Chatree Sa-nguantham of the Pha Muang Task Force told Thai media that no soldiers were injured in the firefight.

The clash ended with some 20 suspects fleeing and abandoning 21 rice bags in the forest. They contained 2.25 million meth pills and 14kg of crystal meth.

Chiang Rai Provincial Police speculated that the bodies may have been smugglers who drowned while attempting to swim across the reservoir to escape the soldiers. Chiang Rai Police investigating the case are also awaiting the results of autopsies on the bodies.

The United Nations anti-drug agency UNODC reports that production of methamphetamine is skyrocketing in Southeast Asia. With prices dropping and usage expanding, especially in Thailand.

Even as seizures of methamphetamine’s reached a record high last year, street prices have dropped. Indicating increased availability, said the report by the United Nations Office on Drugs and Crime.

The report said organized crime groups in the region have stepped up their involvement in making and trafficking methamphetamine and other drugs in the Golden Triangle. A region where the borders of Myanmar, Laos and Chiang Rai Thailand meet. The Golden Triangle has also historically been a major source of opium and heroin.