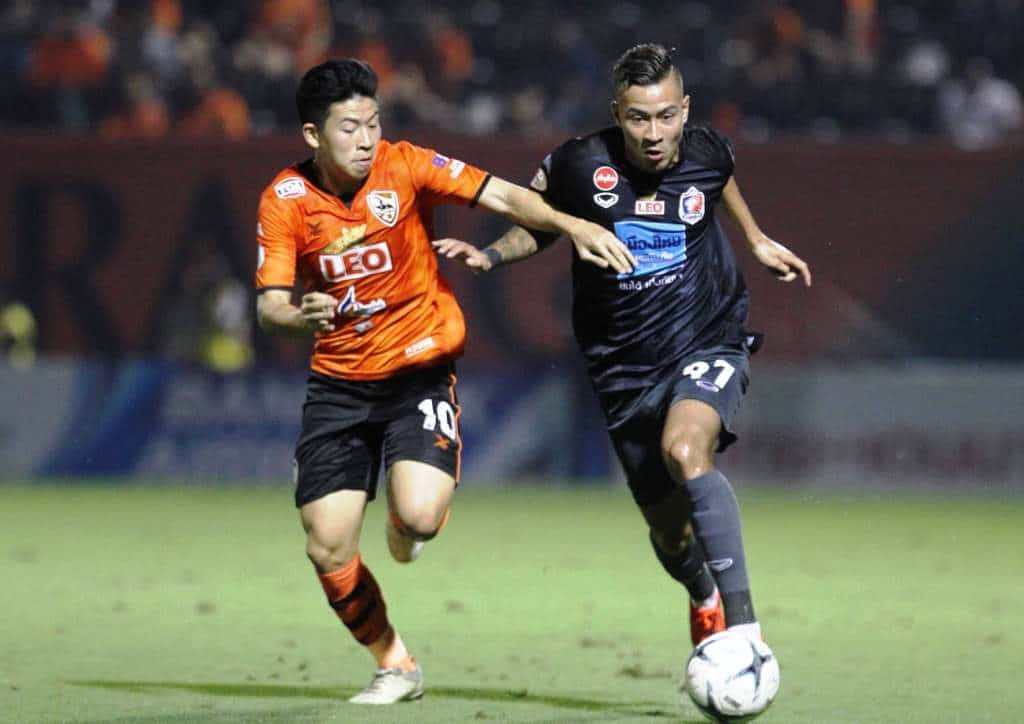 Port F.C. claimed a 2-1 victory over defending champions Chiangrai United in a rescheduled Thai League 1 nail-biter on Sunday night. Chiangrai United struck within the opening five minutes of the match with Chaiyawat Buran finding the net.

The blow served as an early wake-up call for Port and they quickly moved up a gear.

The visitors wrested control of the midfield in the first half and enjoyed most of the possession but couldn’t create the openings needed to get on level terms with the Beetles.

Port’s hope for salvaging any point from game were wearing thin when Nattawaut delivered the leveller with 10 minutes to go before Nurul produced the winner on a clever Yannick Boli pass during the five-minute injury time.

Port remained in second place with 37 points from 16 matches. Chiang Rai, who have a game in hand, stayed put in fifth place with 26 points, based on this casumo review on wetten.com

Thai LeagThai Leagues 1 and 2 will mark a full return to action over this weekend with all 16 teams taking field for the first time since the matches in the top two flights were halted early last month due a fresh outbreak of deadly Covid-19 virus in the country.

Chiang Rai will be in action again on Saturday, visiting Trat, while Port will host Sukhothai.

The world No.3 pair defeated sixth-ranked South Koreans Seo Seung-Jae and Chae Yu-Jung 21-18, 8-21, 21-8 in the mixed doubles final to complete a hat-trick of Super 1000 titles in three weeks.

The victory was their third in a row after their successes at the Yonex Thailand Open and the Toyota Thailand Open in the previous weeks.