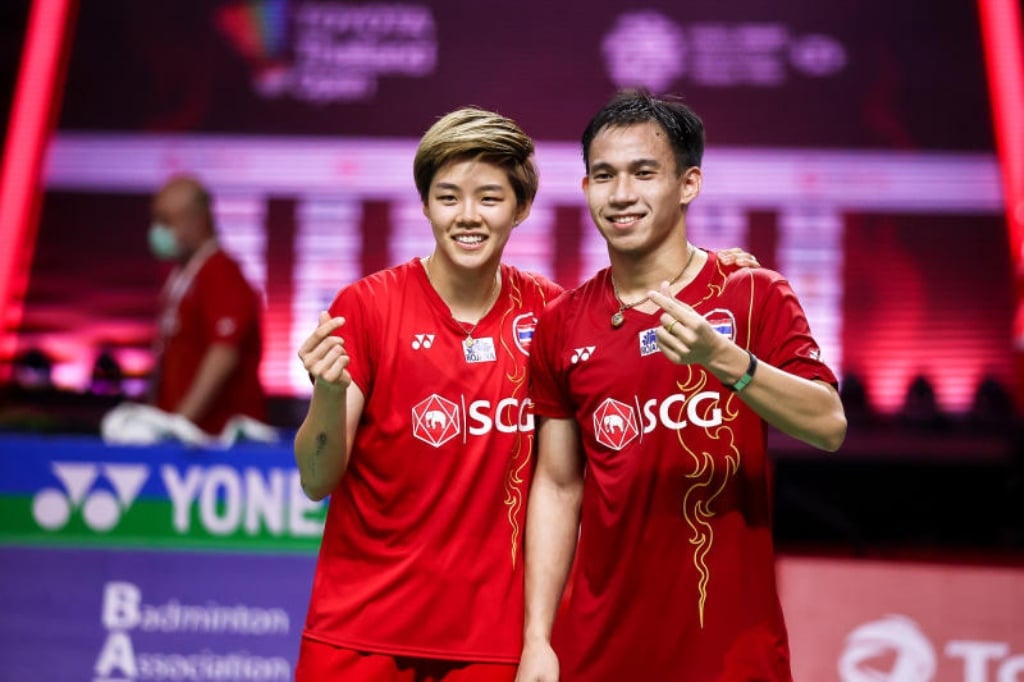 Thailand’s Dechapol Puavaranukroh and Sapsiree Taerattanachai have won the mixed doubles badminton title at the Toyota Thailand Open on Sunday.

After taking the first set, Dechapol and Sapsiree were given a scare as the South Koreans kept the second set in a tight contest. The score was 20-20 before the Thais snatched the last two points to secure their historic win.

The victory made Thai duo back-to-back champions for the first time. They won the Yonex Thailand Open at the same venue on Jan 17 — their first victory in the World Tour Super 1000 mixed doubles titles.

The triumphant shuttlers received another US$74,000 (2.2 million baht) for the win on Sunday, after bagging the same amount a week ago. Their next target is the HSBC BWF World Tour Finals starting on Wednesday.

The Spaniard claimed the first game 21-19.

The Taiwan’s 26-year-old Tai Tzu-ying appeared to lose her confidence early in the second set, as a dangerous Marin asserted her dominance. Tai also saved four match points but her comeback was too little too late as Marin sealed her victory 21-17.

Marin has also faced an uphill battle to recover from a January 2019 knee injury in time to defend her crown in Tokyo.