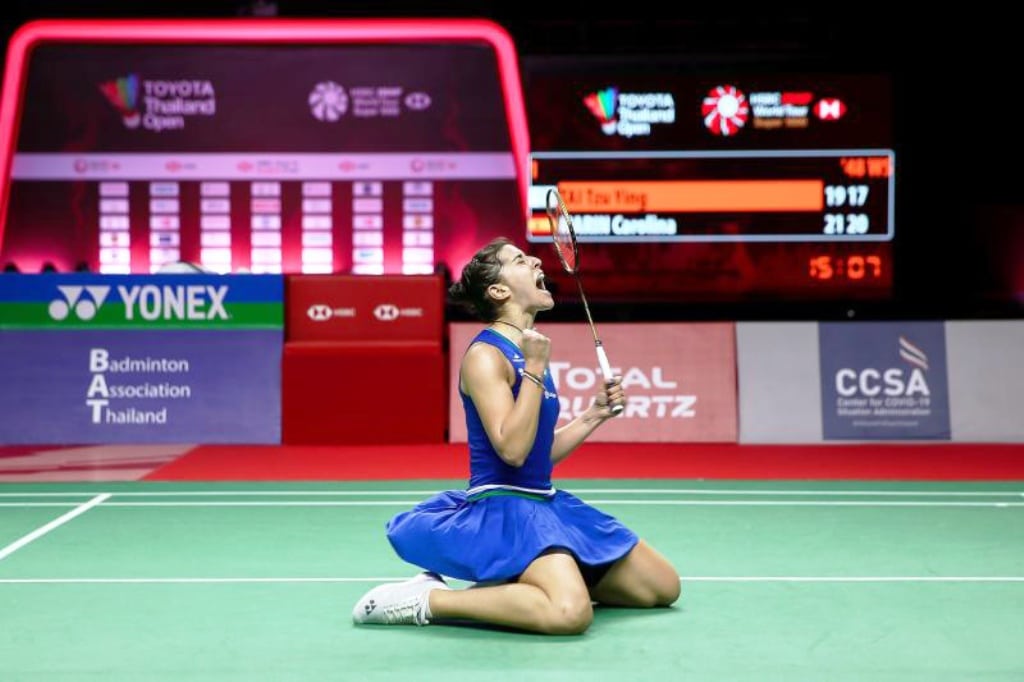 The Spaniard claimed the first game 21-19.

The Taiwan’s 26-year-old Tai Tzu-ying appeared to lose her confidence early in the second set, as a dangerous Marin asserted her dominance. Tai saved four match points but her comeback was too little too late as Marin sealed her victory 21-17.

Marin has faced an uphill battle to recover from a January 2019 knee injury in time to defend her crown in Tokyo.

Four people involved in the tournaments, including two players, have tested positive for the coronavirus during the past fortnight of competition.

The finale — the Badminton World Federation World Tour Finals — kicks off on Wednesday at the Impact Arena Muang Thong Thani and will be contested by the top eight of each discipline.

Chinese and Japanese athletes have not participated in the Bangkok tournaments.