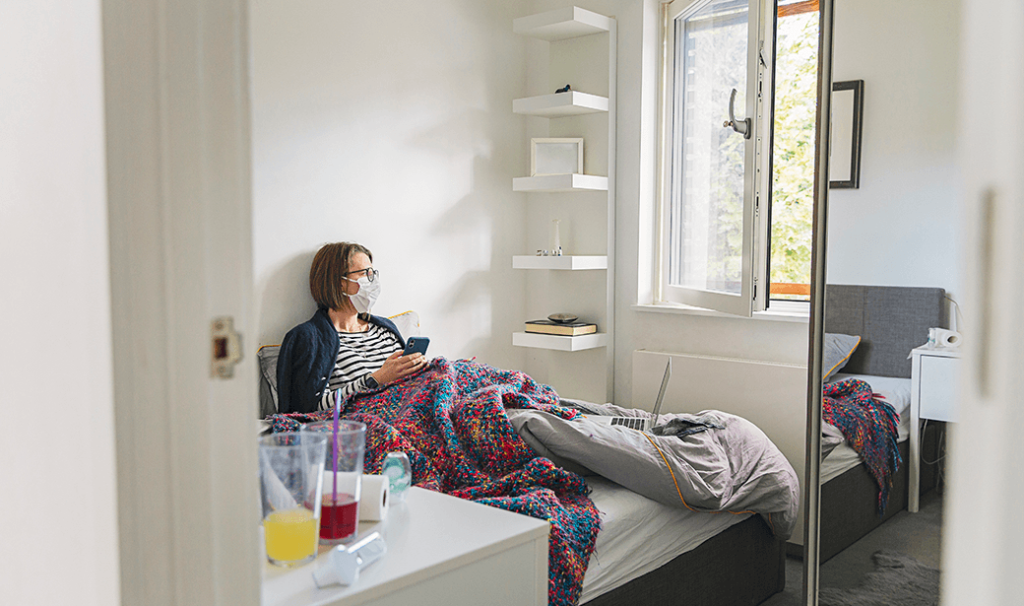 As the coronavirus continues to surge Thailand’s Deputy Public Health Minister says patients suffering only mild symptoms of Covid-19 might have to self-care at home under home isolation set up by medical staff.

This possible new approach comes as Thailand struggles to cope with the severe outbreak, which has resulted in over 200,000 cases since April. Bangkok is the epicentre of the covid-19 outbreak with over 1,000 new cases being reported daily.

Only 25% of its 7 million population have received the covid-19 vaccine. Bangkok is still far away from reaching its target of 70% of people vaccinated to stop transmission.

Minister Satit Pitutacha told the Bangkok Post that the situation is getting worse due to insufficient beds for patients in Bangkok, an issue that needs urgent action to reduce new covid-19 infections. This may also include suspending the mobilization of migrant workers, having a mass vaccination campaign for targeted groups — especially 500,000 registered people in the capital in July — and establishing ICU rooms in field hospitals.

“If we can fully implement those measures for at least two weeks, we will see a decline in the number of new infections,” he said. “Moreover, we are going to present the new approach for home isolation for mild cases, for which we have already set up a monitoring system.”

“The final decision will be made by the CCSA [Centre for Covid-19 Situation Administration], which is chaired by the prime minister,” Mr Satit said.

He added that the ministry and its partners are going to set up field hospitals with ICU rooms with 50 beds at a private hospital, Thammasat University Hospital, Ramathibodhi Hospital and Vajira Hospital, within seven days.

Medical staff from other areas and newly graduated doctors will staff them, he said. There are less than 20 ICU beds now left in the capital due to the increasing number of patients in critical condition.

Meanwhile, Dr Somsak Akksilp, chief of the Department of Medical Services, suggested that an amnesty programme be implemented for illegal migrant workers so they can access medical services.

A shortage of beds for Covid-19 patients in the capital has forced the Ministry of Public Health to set up temporary hospitals on the outskirts of the capital to deal with the increasing number of patients needing treatment, Dr Somsak said.

The ministry plans to select Thanyalak Hospital and Rajavithi II Hospital in Pathum Thani to help take care of patients from northern Bangkok, while the Bang Khun Thian Geriatric Hospital has been allocated for patients living in the west of the city, he said.

There are also hospitals in the eastern part of Bangkok that will take care of patients living in Bang Na district and Samut Prakan’s Bang Phli and Bang Bo districts, he said.