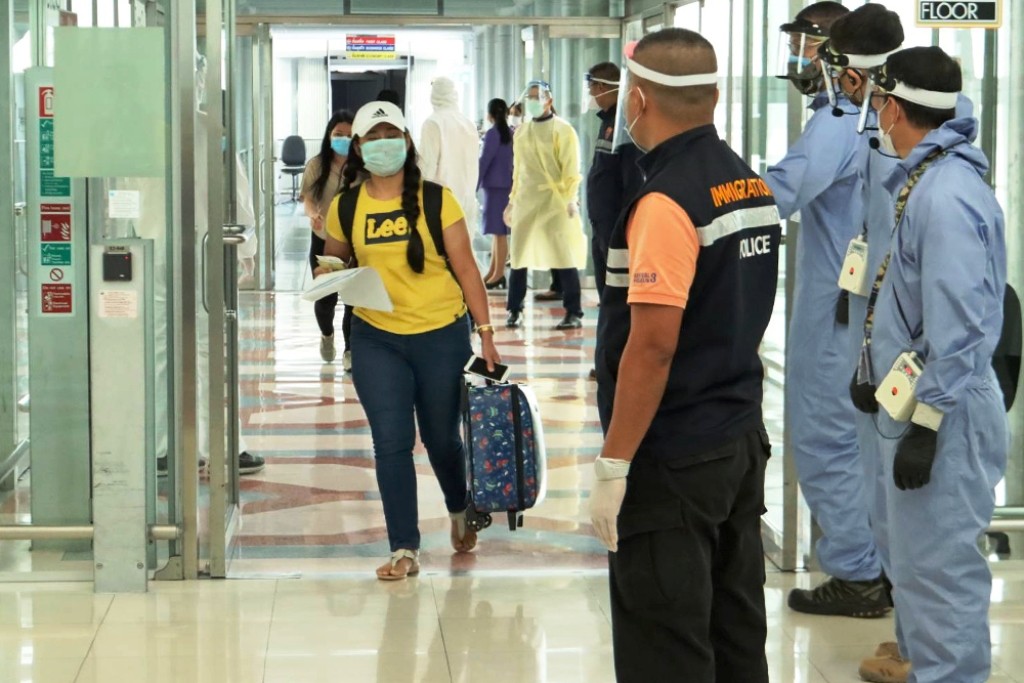 The tourism industry in Thailand continues to struggle in Thailand as the Government plays with the idea of re-opening in Phuket. Thailand has remained closed to foreign tourists since it closed its borders in March.

Thai officials remain wary of a possible resurgence of covid-19 like in New Zealand and Vietnam. Two other countries which had appeared to eliminate local transmission only to see unexplained flare-ups later on.

Like Vietnam and New Zealand, another country that made it past 100 days before local infections re-emerged, Thailand’s success has relied on strictly-policed borders. The strategy has come at great cost to people’s livelihoods, with its iconic beaches and cultural sites making it one of the most tourism-reliant economies in the world.

The government’s plan to reopen the resort island of Phuket as a model to welcome back foreign visitors in October however this has hit a snag. Because the country last week saw the first case of local Covid-19 infection in more than three months.

Yuthasak Supasorn, governor of the Tourism Authority of Thailand (TAT), said the launch of the so-called “Phuket model” scheduled for next month. Above all as part of efforts to revive the local economy.

He said TAT officials are visiting Phuket this long weekend to discuss disease control measures with business operators. Also adding the proposed model to bring back foreign tourists may have to be adjusted if the country faces a second wave of the Covid-19 outbreak.

Under the Phuket model, floated by the Ministry of Tourism and Sports, about 200 visitors from Australia and New Zealand will be allowed in. However, they must first test negative to covid-19 in their country of origin. The must then stay in quarantine for 14 days at designated places in Phuket.

The visitors can travel throughout the province if they test negative for Covid-19. But if they want to visit other provinces, they will have to stay in quarantine in their respective provinces for another seven days.

Mr Yuthasak also said domestic travel during the four-day weekend was less than robust with hotel occupancy recorded at 30% and estimated spending at around 8.8 billion baht. However, he said tourism activities have picked up since July.

As a result, the TAT plans to increase offers under the government’s We Travel Together campaign to spur long-distance travel. Also to generate income for local businesses, he said.

Under the campaign, the government subsidizes five million nights of hotel accommodation at 40% of normal room rates. With the subsidy limited to 3,000 baht per night for up to five nights per person. Tourists will be responsible for the other 60% of lodging cost.

When tourists travel by airline, the government will refund 40% of the ticket price, but no more than 1,000 baht per seat per person and the quota is limited to 2 million seats.

According to Mr Yuthasak, the number of nights will be increased to 10 from the current five and the refund of air tickets will be increased to 2,000 baht. “This is hoped to encourage more people to embark on long-distance travel. Currently they choose destinations within one to three hours away by car,” he said.

Regarding the reemergence of local Covid-19 infection, Suwannachai Wattanayingcharoenchai, director of the Department of Disease Control (DDC), yesterday allayed concerns the patient could be a super-spreader.

The 37-year-old male prison inmate tested positive for Covid-19 during a 14-day quarantine. He was sent to jail on Aug 26. He worked as a DJ in Bangkok and Nonthaburi. The man also visited a venue on Khao San Road on Aug 18, before he was jailed.

Dr Suwannachai said even though the patient worked in night entertainment venues he did not have direct contact with customers. “Furthermore the number of people who came in to his physical contact is limited. Above all the chance of him being a super-spreader is minimal.”

Thailand also reported that logged 7 new Covid-19 cases  all of whom were inbound foreigners in quarantine.

One of them arrived from Indonesia, another from the United States, two each from Russia and India. Also the other from Bangladesh.  The total of confirmed cases in the country rose to 3,438, 3,279 of whom recovered and 92 remained at hospitals. The death toll stood at 58.

Thai health officials are also concerned with the number of returnees and foreigners entering the Kingdom that test positive for Covid-19. Health official worry that if significant numbers of covid-19 cases continue in quarantine. It may be unsafe to open Thailand to tourism until there is a proven vaccine.

Meanwhile, The first results showing whether a vaccine can stop people from getting the virus could come by mid-September from AstraZeneca Plc, according to Airfinity Ltd., an analytics company that tracks drug trials. The drugmaker has pledged as many as 30 million doses to the UK by the end of the month.

Two other contenders, Moderna Inc of the US; the US-German partnership of Pfizer Inc; and BioNTech SE, may also have initial data before a key Food and Drug Administration meeting on virus vaccines scheduled for Oct 22, Airfinity said. A fourth, China’s Sinovac Biotech Ltd, could have preliminary results shortly after the meeting.

These early results will be far from the full picture. They are what is known as interim readouts. Snapshots taken before a study is complete, with only a fraction of the data. The World Health Organisation on Monday cautioned against approving a vaccine before its full risks and benefits are clear.

Russia and China, meanwhile, have each cleared experimental vaccines for limited use before testing was complete.

Pfizer has said it is on track to have enough data for an authorization as early as October. Based on how quickly and where it’s currently recruiting people for its 30,000-person trial. It will probably be the first US drugmaker with interim data, by Oct 15. But will not have full results until Nov 17, Airfinity projects.

A Pfizer spokeswoman declined to comment on how many virus cases it will need to see in order to get results in the trial.

Visa Requirements to Visits and Enter Thailand on Holiday