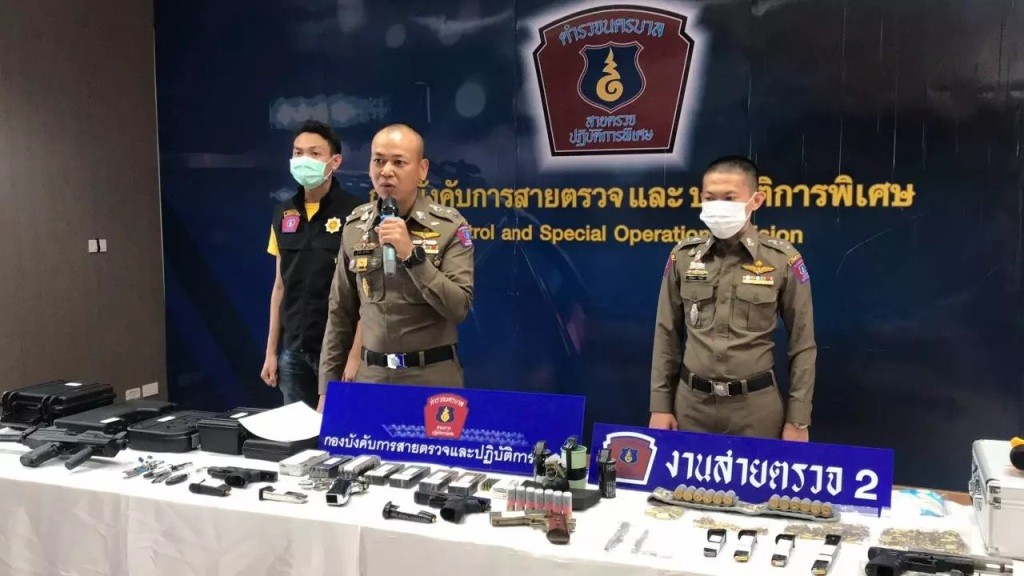 The foreigners reportedly confessed that they sold guns and explosives to foreign customers via Line and WeChat. The said their customers paid in bitcoin. After the arrest, police found that a customer in Singapore had ordered them to destroy the guns in exchange for a Bt100,000 fee.

Investigation of the suspects’ travel history revealed that they had entered Thailand on student visas in 2019. According to the Nation they had been renting the room in Bangkok since June at Bt13,000 per month.

They were charged with possession and selling of guns and explosives without license. The Singaporean man was additionally charged with falsifying official government documents. Both were sent to Sutthisan Police Station in Bangkok for processing. Even more police are also investigating the call from Singapore to track down the customer.

Patrolling officers reported that the suspects were on a rowing boat and crossed Moei River. They comprised five Thais and a Chinese man. All of them confessed that they were employees of a casino in Myanmar.

The suspects were sent to Mae Sot Police Station and were charged with entering the country illegally. Also violating the regulations of Tak’s Disease Control Commission.