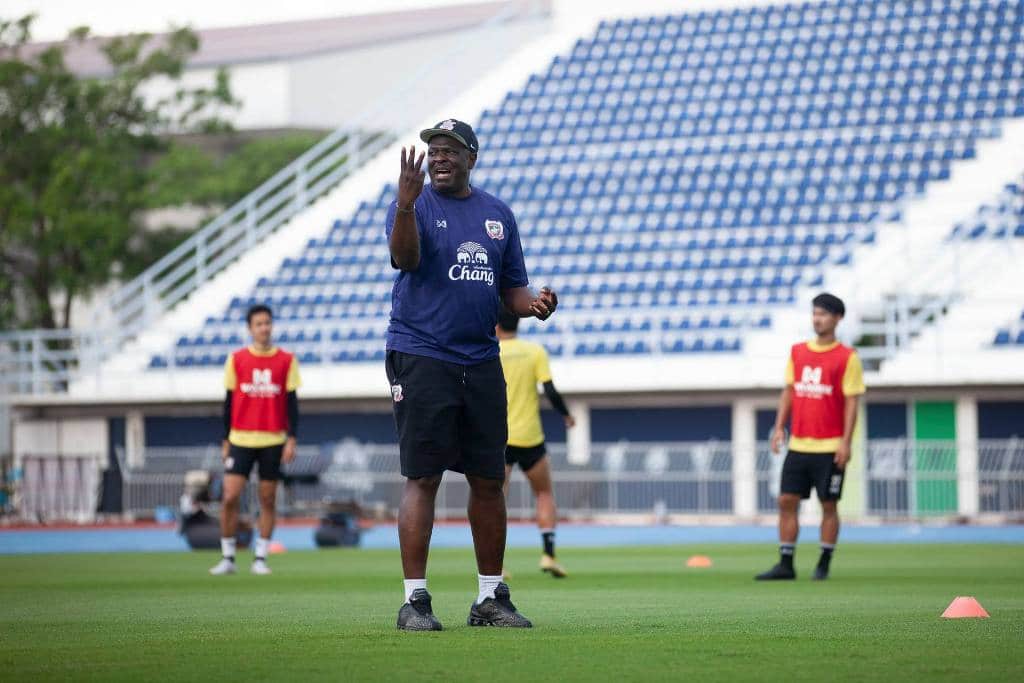 Suphanburi F.C. coach Adebayo Gbadebo told a press briefing that his team need a result against Chiang Rai United in Thai League 1 to stand any chance of avoiding relegation to a lower division.

With at least one point against the dethroned champions Chiangrai United, Suphanburi F.C. will set up a direct battle with Sukhothai for survival on the final day of the season on Sunday.

Sukhothai have 28 points from 29 games while Suphanburi have 24 points from 28 matches. Bottom clubs Rayong and Trat have been relegated.

Suphanburi coach Adebayo Gbadebo will have to hope his Brazilian forwards Herlison Caion and Leandro Assumpcao can break Chiang Rai’s defence. Suphanburi will be without two key players, Suphan Thongsong and Prasit Chanthum, who are suspended.

“Our backs are against the wall — we need a result against Chiang Rai,” Gbadebo said. “We have two suspended players in Suphan and Prasit who are our key men in the defence. We will do our best to get at least one point.

“Chiang Rai are a good team and it will be difficult for us to beat them. I hope our players are in top form.”

Unfortunately for Suphanburi, fourth-placed Chiangrai United have won five matches in a row and can still finish third for a place in the 2022 AFC Champions League play-offs.

There is some good news for Suphanburi as Ekanit Panya and Suriya Singmui, two of Chiang Rai’s best players, are injured. However, Suphanburi have to keep a close eye on Chiang Rai striker Bill Rosimar.

Chiangrai United coach Emerson da Silva said the Beetles want to finish third and they must beat Suphanburi to stand any chance of reaching the goal. The Beetles are four points behind third-placed Port.