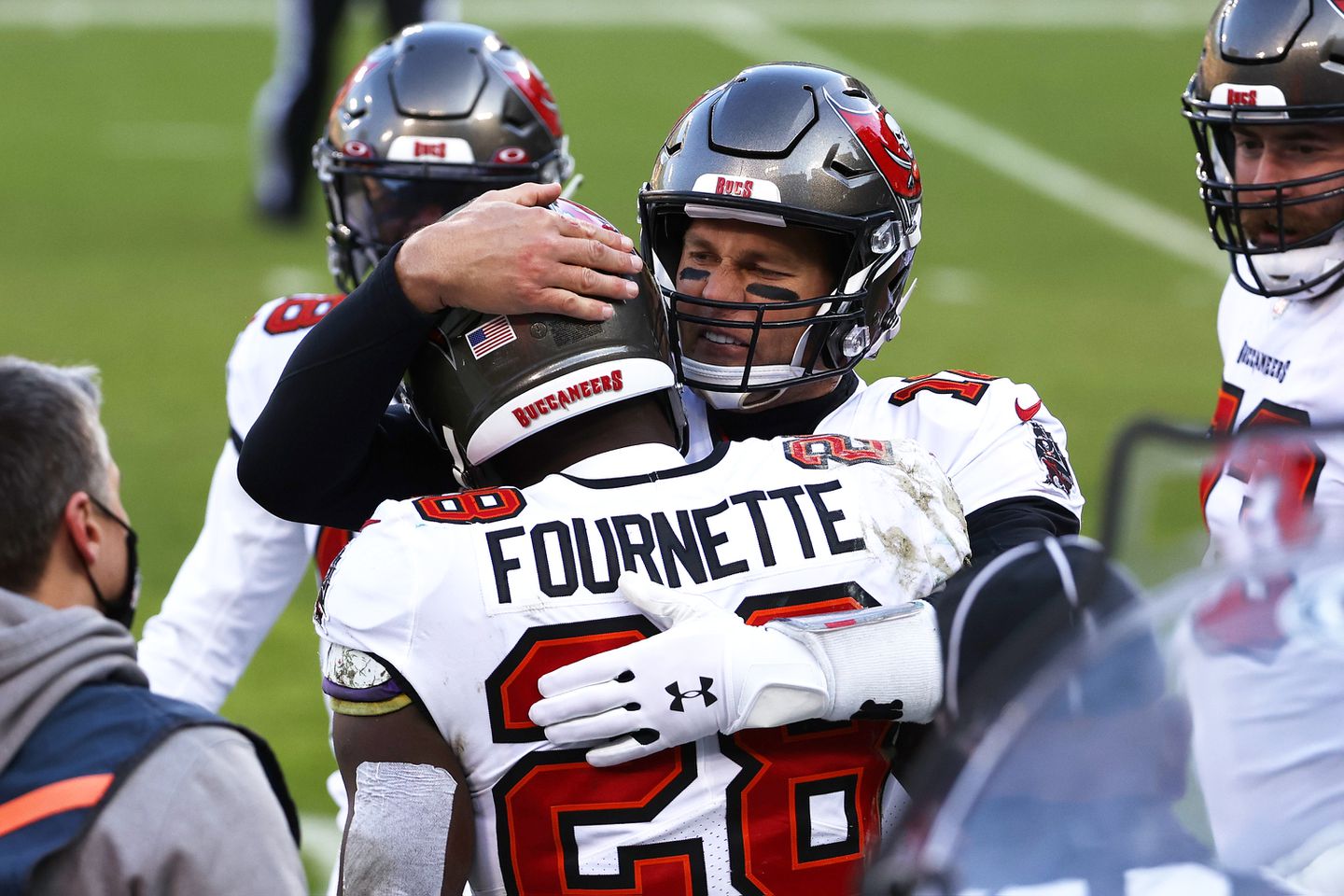 Brady, who won six Super Bowls with the New England Patriots, was instrumental as Mike Evans, Scotty Miller and Cameron Brate all scored, with Leonard Fournette adding a rushing touchdown.

Aaron Rodgers also threw three touchdown passes as the Packers fought back, but the Buccaneers held on to seal a thrilling 31-26 victory.

The Buccaneers will face either reigning champions the Kansas City Chiefs or the Buffalo Bills, who play in the AFC Championship game in Sunday’s second match.

Super Bowl 55 will take place on 7 February at the Buccaneers’ Raymond James Stadium. It will be the first time a team have played in a Super Bowl at their home stadium.

As a result of Covid-19 restrictions, only 22,000 people will be at the match, with 7,500 places reserved for health care workers, who have been given free tickets. The Buccaneers, whose only Super Bowl victory came in the 2002 campaign when they beat the Oakland Raiders 48-21, were up against the top-seeded Packers at their Lambeau Field ground.

It took less than four minutes for the away side to take the lead as Brady found Evans, who caught the pass above his head while running backwards.

However, Rodgers, who is expected to be named the NFL’s Most Valuable Player for the third time in his career, soon brought the score level with a stunning 50-yard pass to Marquez Valdez-Scantling.

Then the Buccaneers regained the lead with a brilliant 20-yard run from Fournette before Brady’s 39-yard throw connected with Miller with one second of the first half left, to give the visitors a 21-10 lead at half-time.

The Packers, aiming for their first Super Bowl success since the 2010 campaign, were booed off the field by their home supporters.

Tom Brady, playing in the 14th championship match of his career, then threw for an eight-yard touchdown for Brate early in the third quarter to give the Buccaneers a 17-point advantage at 27-10. Packers could not capitalize

However, the Packers, four-time Super Bowl champions, fought back as Rodgers connected with an eight-yard pass to Robert Tonyan.

Following a sack on Brady, Rodgers found Davante Adams for a two-yard touchdown, although they then missed the two-point conversion attempt to give the Buccaneers a five-point advantage going into the final quarter.

Brady, 43, was sacked twice more in the fourth quarter, but the Packers could not capitalize and a 46-yard field goal from Ryan Succop extended the Buccaneers’ lead to eight points.

After a sustained period of pressure, the Green Bay Packers had to settle for a 26-yard Mason Crosby field goal with two minutes left and the Buccaneers kept possession to claim the victory.

Brady, who left the Patriots at the end of last season before joining the Buccaneers, will now be playing in his 10th Super Bowl. – BBC