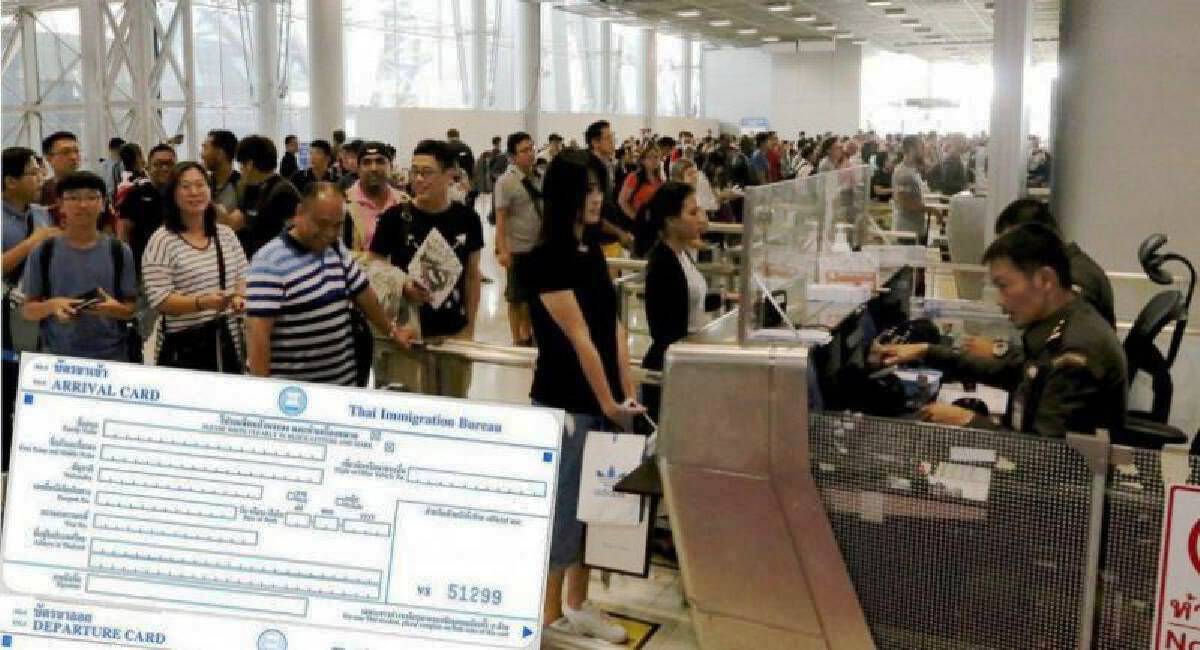 On Tuesday, the Thai government lifted the requirement that tourists complete TM6 departure/arrival cards in an effort to ease crowding at airports.

In remarks following the weekly meeting, Prime Minister Prayut Chan-o-cha said Tuesday that easing the TM6 requirement would ease the reopening of the country to tourists.

Documents being filled out and filed in airports were causing overcrowding, he noted.

After the decision has been made, the government will examine the matter to see whether there have been any problems with the decision and whether officials can still efficiently track people entering and leaving the country.

He said the Interior Ministry would speed up the process of drafting an announcement for airports. This is expected to take approximately one week.

After seeing long lines at Suvarnabhumi airport, the Civil Aviation Authority of Thailand (CAAT) has ordered airlines and airports to make urgent adjustments.

According to a passenger on a Thai Airways International (THAI) flight departing from Suvarnabhumi on Friday, some passengers were forced to wait over three hours to board their flights, while others missed their flights completely.

According to the CAAT, THAI executives were on site to help ease the congestion, which was attributed to the long weekend and a higher than the usual number of travelers.

THAI executives acknowledged long lines were caused by a lack of staff, but have assured us more employees are being hired now that the country has reopened and more travelers are expected.

The CAAT said that it was coordinating with airlines and airport administrations to better serve passengers, asking that they serve passengers who were nearing their departure time first and to make other preparations to avoid overcrowding.

Tourists in Bangkok Line Up to Buy Legal Marijuana