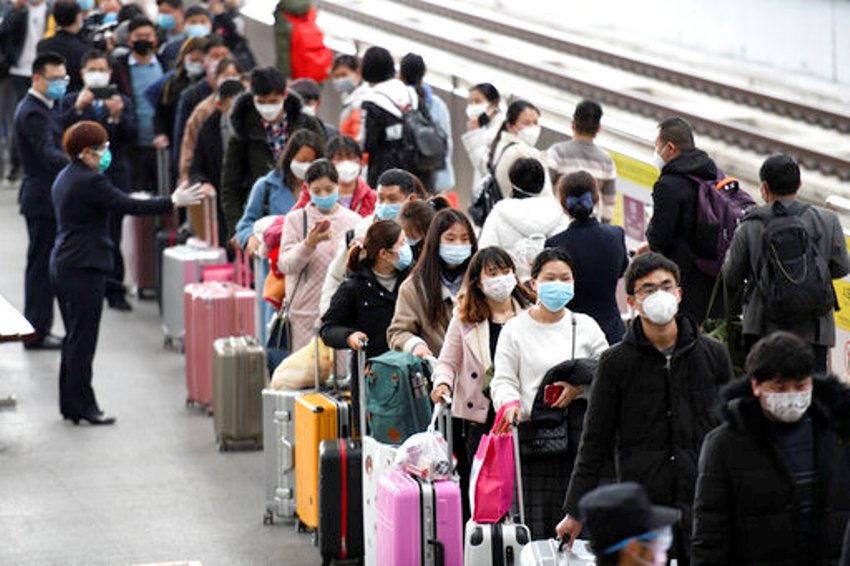 Thailand has asked South Korea to help monitor Thai workers for 14 days before they return to Thailand. Above all to ensure they are free of the coronavirus.

Government spokeswoman Narumon Pinyosinwat said on Friday that Prime Minister Prayut Chan-o-cha made the request so Thai workers seeking to return home would be safe and treated if they are infected.

According to the spokeswoman, Thai workers will stay in South Korea for 14 days before their return so that Korean officials can monitor their conditions. Health officials believe two weeks are a safe period to ensure a person is not infected.

The monitoring in South Korea is among the three measures the Thai government has requested from the country.

Another measure is for South Korea to screen all air passengers before their departure to Thailand. The other is for Korean immigration police to gather the profiles of Thai workers bound for Thailand.

“The South Korean government promised to take good care of Thai people there. Those who are sick will be treated until they are fully recovered,” Mrs Narumon said.

She said the prime minister was confident the measures would help ease Thais’ concern about a possible local outbreak caused by this group.

Cherdkiat Atthakor, a spokesman of the Foreign Ministry, told the Bangkok Post the exit screening measure in South Korea would start next Monday.

According to him, 209,909 Thai workers are in South Korea and 73% of them are illegal workers.

South Korea allowed illegal workers to report their departure intention from Dec 11 last year to June 30. If they apply during the period, they will be exempted from legal action and not be blacklisted.

He said 5,386 Thai workers registered to return home and 4,727 of them have already returned home.

Many Thais feel uncomfortable after media reported cases of apparent self-quarantine breaches among the group although they have yet to confirmed by authorities.

One returnee from Korea was found to have dined with her family at a grill restaurant in Chiang Mai province and posted photos on Facebook. Some who have just returned from Japan were seen shopping at large Bangkok malls while others recently returning from South Korea dined at a large sukiyaki restaurant.

The news reportedly forced the operators to take drastic actions of closing the malls and eateries for a few days for disinfection and quarantining their staff for 14 days.

Man on Motorcycle Ignores Barriers, Gets Crushed by Freight Train