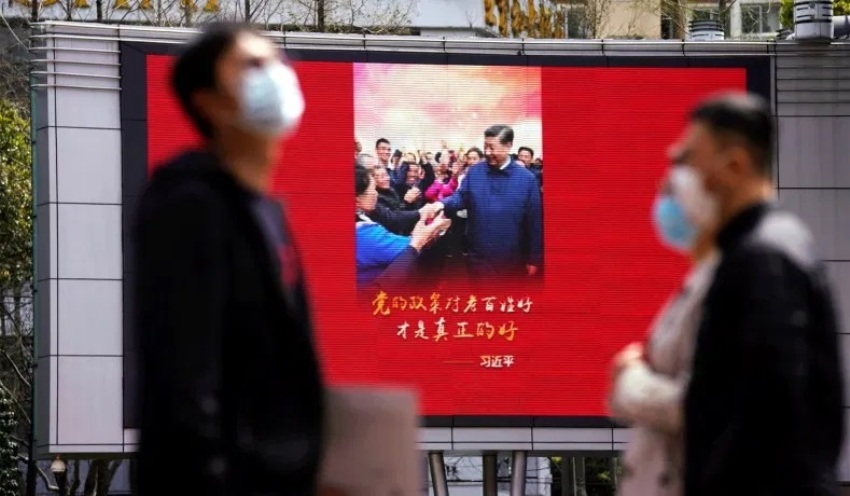 Lying comes naturally to China’s Communist government, which will say anything to maintain its tight grip on the reins of power.Officials in Beijing continue to lie about the number of deaths in Wuhan, the epicenter of the coronavirus.

The official death toll is 2,500, but some 5,000 burial urns were delivered to just one Wuhan crematorium. Even more pictures of overwhelmed Wuhan hospitals circulated widely. Radio Free Asia, which has excellent sources within China, says that as many as 42,000 people could have died in Wuhan alone.

But the dishonesty didn’t start with the novel coronavirus. The government has been lying for 31 years about the Tiananmen Square massacre of several thousand freedom-seeking students in June 1989. Beijing insists that only a few people died and that troops were dispatched merely to quiet so-called “hooligans” and maintain public safety.

China lies about persecution of Muslim

The Chinese Communist government lies about its persecution of the Muslim Uighurs in western China. An estimated 1 million Uighurs—one-tenth of the population—have been placed in so-called “education centers.” We don’t know how many have died in these gulag-like camps circled with barbed wire while being educated in Chinese President Xi Jinping’s school of thought. Nor do we know how many Uighurs have died of COVID-19 disease.

The Chinese Communist government lied that it intended to honor its 1984 agreement with the British regarding the transfer of authority of Hong Kong to China. Ever since, like some giant boa constrictor, Beijing—enabled by an excessively deferential Hong Kong government—has steadily encroached on the political affairs of the city’s 7 million inhabitants.

The greatest lie of all was the monstrous suggestion made by a Chinese Foreign Ministry official that the coronavirus might be Italian or American. Saying it was brought to Wuhan during the military games. Such calculated disinformation was the stock in trade of the Soviet Union. Whose casebook Communist China has clearly copied.

Lying on origins of Wuhan Virus

Another book the Chinese Communists have obviously read is “1984.” In George Orwell’s classic novel, truth is what the government says it is, and anyone who challenges the “truth” pays a high price. That includes, in particular, the closely monitored social media. As one editor put it, “The truth is that the Chinese Communist Party leadership regards any reporting of the facts as ultimately a threat to the stability of the regime”—and to the authority of the 90 million members of the CPP.

When I visited Communist China a decade and a half ago and lectured at major universities in Beijing and Shanghai, I was usually asked how the United States and China could improve their relations. I always replied that enduring relationships had to be built on a foundation of truth, and until Beijing was willing to tell the whole truth about the Tiananmen Square massacre—as well as the human price of disastrous Maoist experiments like the Cultural Revolution and the Great Leap Forward—there could be no meaningful relationship. The invariable response was a frozen silence.

Today, we are still waiting for the lies to end and the truth to be told about life and death in a country that one Chinese friend of mine calls “the land of the lie.”