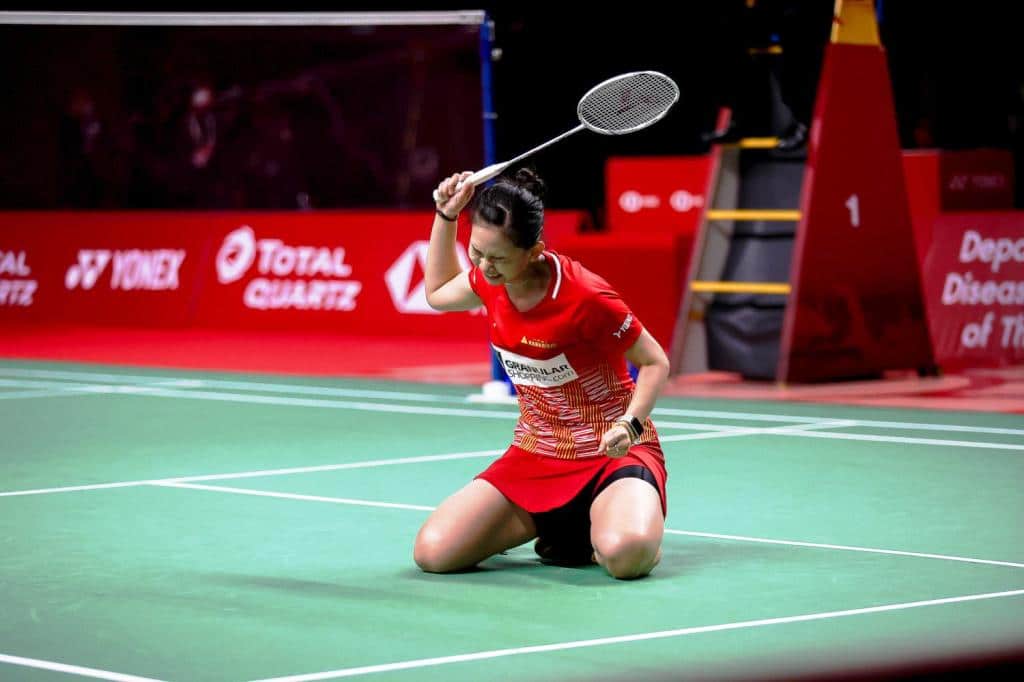 Following her stunning victory over world No.5 and Thailand’s No.1 Ratchanok Intanon on Wednesday, the 23-year-old Pornpawee claimed another huge scalp, crushing the Taiwanese world No.1 21-17, 21-11 in just 37 minutes.

Pornpawee will next face the already-eliminated Pusarla V Sindhu of India in her final Group B match of the US$1.5 million season finale. “I’m happy to win today, beating the No.1 player in the world,” said Pornpawee.

“But I feel like it’s more to do with how you play on that day. It doesn’t matter how good your opponent is. I’m more happy that I could play the way I wanted to today,” said the 13th-ranked Pornpawee, who is now guaranteed a place in the semi-finals following her second win in as many days.

Ratchanok, meanwhile, rebounded with a 21-18, 21-13 win over the Rio Olympics silver medalist Sindhu, a day after losing to a fellow Thai player for the first time in nearly 12 years.

“I tried to be more aggressive today because I know that Sindhu had to win today as well after losing to Tai [Tzu-ying] in her first match,” said Ratchanok, who will battle it out against the Taiwanese for a place in the semi-finals. Both players hold a 1-1 record after two matches.

“I’ve played her [Tai] for more than 30 times so we know each other’s game well. I will give my best to qualify for the semi-finals,” added the 25-year-old.

Dechapol and Sapsiree, who won back-to-back titles prior to the finale, will need to beat Marcus Ellis and Lauren Smith of England on Friday to advance to the last four. Seo and Chae have qualified for the semis after two victories.

In the women’s doubles, Jongkolphan Kititharakul and Rawinda Prajongjai will also have to win their final round-robin match on Friday to progress after losing to Kim So-Yeong and Kong Hee-Yong 12-21, 14-21 in Group B.

The Thai duo will face winless German pair Linda Efler and Isabel Herttrich while the Koreans, who have already secured their semi-final berth, take on England’s Chloe Birch and Smith.

Carolina Marin, looking for a hat-trick of titles, marched towards a swift victory over Canada’s 10th-ranked Michelle Li 21-16, 21-13 in Group A of the women’s singles event.

Korean rising star An Se-Yong also won her second Group A match, beating Evgeniya Kosetskaya of Russia 21-13, 21-17. An will play Marin on Friday to decide the group winner.

In the men’s singles, Taiwan’s world No.2 Chou Tien-chen moved into the last four after claiming his second win by beating Anthony Ginting of Indonesia 21-19, 21-11 in Group A.

Viktor Axelsen joined Chou in the semis after cruising past Lee Zii Jia of Malaysia 21-15, 21-4.