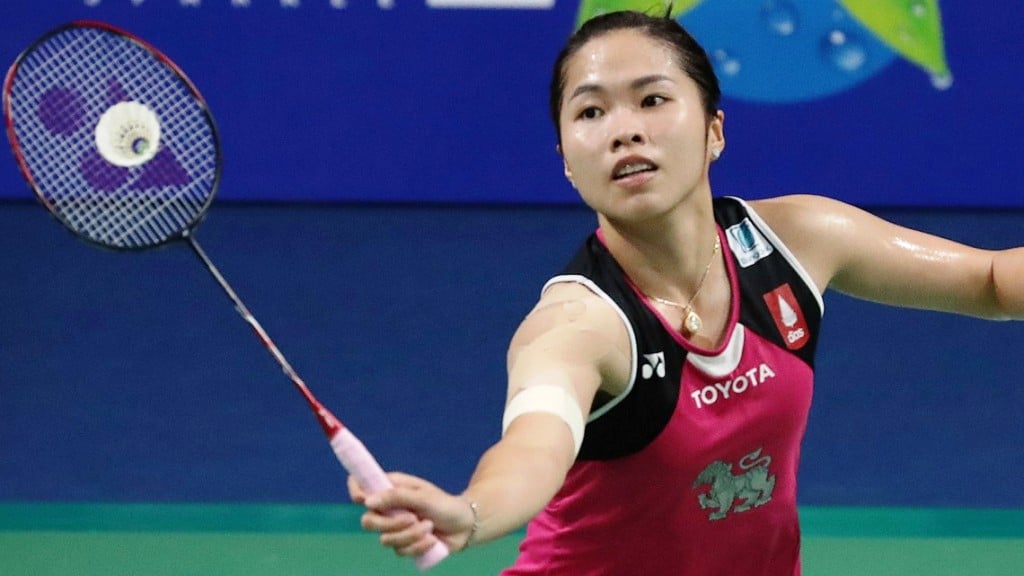 Thailand still has a shot at glory on today as mixed-doubles stars Dechapol Puavaranukroh and Sapsiree Taerattanachai will be seeking their second tournament victory in a week.

In the women’s singles semi-final, fourth-seeded Ratchanok fell 21-12, 12-21, 21-23 to her Taiwanese rival. Tai Tzu Ying will face former world number one Carolina Marin on Sunday in their second final in two weeks.

The 27-year-old Spaniard, ranked sixth in the world, defeated South Korean teen prodigy An Se-young 21-19, 21-15 in the earlier semi-final on Saturday.

Marin is aiming for back-to-back titles in this week’s tournament — the second of three consecutive events in Bangkok that culminate in next week’s World Tour Finals. Marin came out on top last week against Tai, and continued her winning streak on Saturday, maintaining her signature aggressive play against seventh-seeded An.

Dechapol and Sapsiree, the top-seeded winners of the Yonex Thailand Open last Sunday, will be looking to repeat their doubles success when they go up against Seo Seung-jae and Chae YuJung of South Korea on Sunday.

But the Indian pair made their opponents work for the victory, taking them to three sets before Dechapol and Sapsiree prevailed, 22-20, 18-21, 21-12, in 59 minutes. After the earlier women’s singles match, Marin spoke of the mental battle of motivating herself just days after being victorious.

“Sometimes it’s tough for the mindset when you win a tournament just three days ago and you have to start a tournament all over again,” the reigning Olympic champion said.

She and An had already dueled in last week’s tournament, with the more experienced Marin winning in a quick 21-18, 21-16 match. An, an 18-year-old who was named the tour’s “Most Promising Player” in 2019, was downcast after Saturday’s defeat.

“I tried to respond to her smashes and tried everything,” said the teenager. “Unfortunately, it didn’t go quite so well, so I’m a little disappointed.”

Marin’s signature yelps after each match point reverberated around the spectatorless stadium — a coronavirus precaution taken by Thai organizers as part of a biosecure “bubble” to accommodate players who flew in from across the world.

Despite the efforts of the badminton tournament officials, four positive cases have been detected so far, forcing an Indian player and an Egyptian player to withdraw.