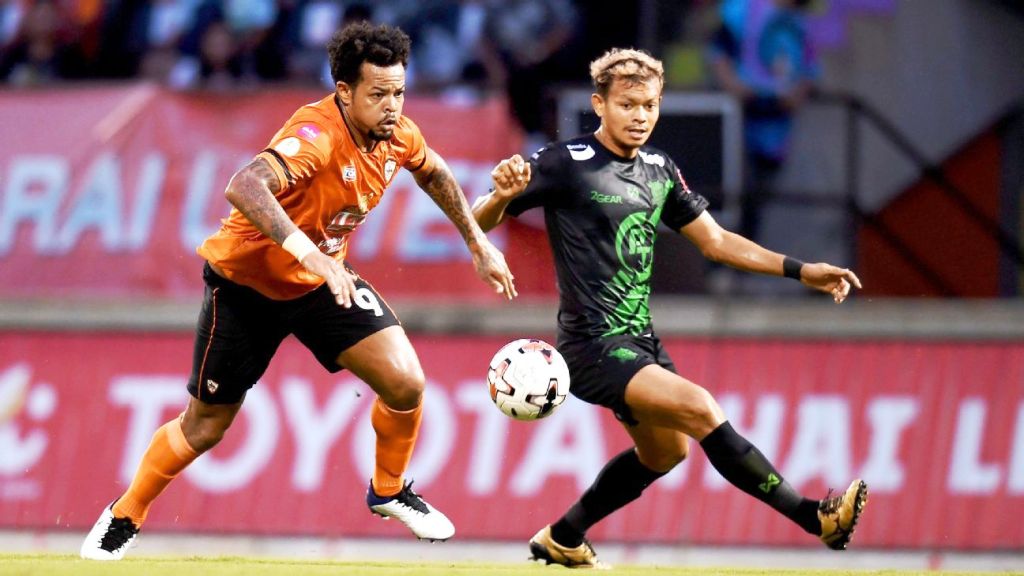 Chiang Rai United edged PT Prachuap 1-0 in a high-intensity game as T1 League returned after a 6 month hiatus from Covid-19 on Saturday night.

However, the T1 league’s much-awaited restart wasn’t what the country’s football fans had hoping for. Because a couple of opening weekend’s matches had to be postponed.

The Public Health Ministry announced on Friday that Buriram United midfielder Akbar Ismatullaev of Uzbekistan was found to have Covid-19 in its tests of 1,115 football players and officials in the top two leagues.

This forced T1 League Co to postpone two of the T1League games. Ratchaburi and True Bangkok United and the meeting between BG Pathum United and Buriram were the casualties.

Ratchaburi’s game was postponed because the Dragons played a warm-up game with Buriram on Aug 30.

The battle between Chiang Rai United and visiting Prachuap saw a total of 30 fouls committed by both sides.

Meanwhile, Chiang Rai United succeeded in wresting control of the game early and their efforts paid off. Shortly after the 30-minute mark as Chotipat Poomkaew’s goal proved enough to earn the defending champions three points in their first outing after the long break.

Ekanit Panya also made an impressive return from injury for Chiang Rai United. He was instrumental in a number of attacking moves launched by the hosts last night.

While Chiang Rai United improved their tally to eight points from five match, Prachuap, winners of the T1 League Cup last year. They remained stuck in the drop zone as they have yet to win a league game this season.

In another match, hosts Suphanburi posted an impressive 2-0 victory and handed Nakhon Ratchasima their fourth loss of the season.

Suphanburi netted their first goal early when Parndecha Ngernpraset put them ahead in the 11th minute.

The hosts sealed the match within the first 10 minutes of the second half when another midfielder Kasidech Wettayawong doubled their advantage.

Big-spending Port will be in action on Sunday when they take on Police Tero in a home game which is expected to provide some fireworks as Chonburi host Trat for an eastern derby and Samut Prakan City play Rayong at home.