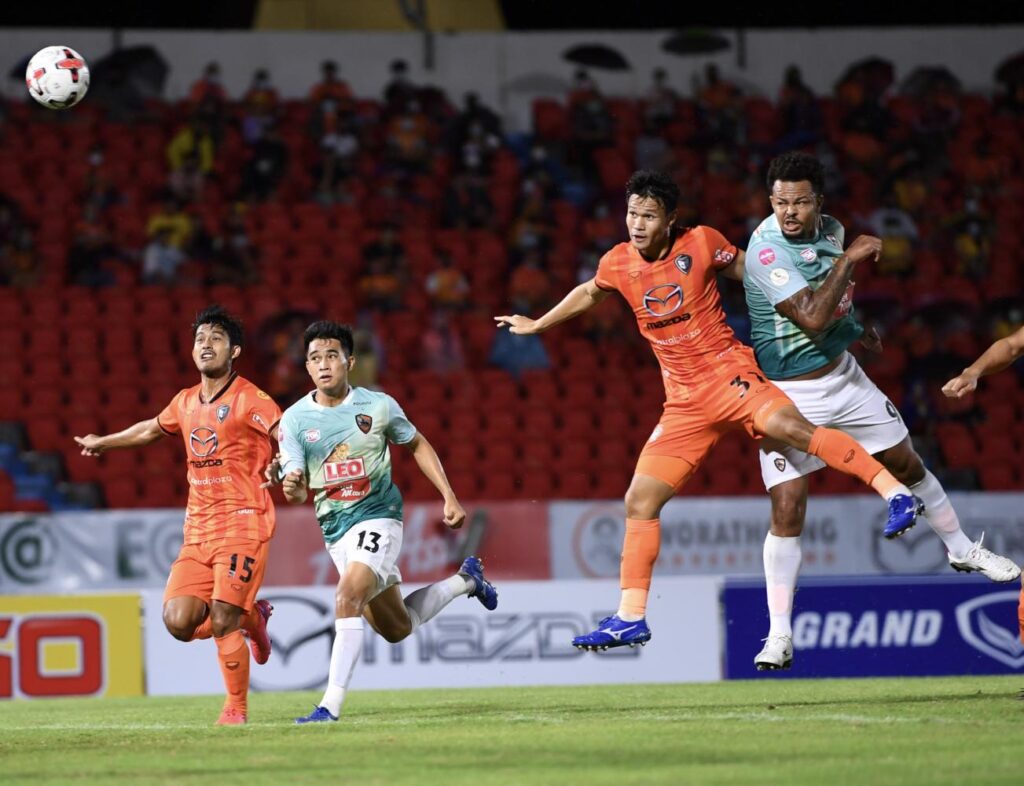 Defending champions Chiang Rai United had a second straight win since the resumption of football last weekend. The win lifted them to sixth place in Thailand’s T1 League on Sunday night.

Chiang Rai United defeated hosts Nakhon Ratchasima 4-0. The Beetles Bill Rosimar claimed a hat-trick. Akarawin Sawasdee added the other goal to the tally with a strike in the 57th minute.

It also helped Chiang Rai United to make amends for their inconsistent run in their first four matches of the season. Footballing activities in Thailand were halted for over six months due to covid-19 outbreaks in March.

Meanwhile, former champions SCG Muang Thong United failed to get their first win since the restart. The Kirins were held to a goalless draw by Samut Prakan City at SCG Stadium. Leaving them pinned to 10th spot.

Sukhothai, who shocked Muang Thong last weekend, continued their surprise climb up the points table. With a 1-0 victory at Trat. Trat have yet to claim a point this season. A 10th-minute goal by Khapfa Boonmatoon also moved Sukhothai up to fifth place.

Furthermore in another match last night, Chonburi went down 1-0 to against  PT Prachuap.

In Saturday night’s late game at True stadium, hosts Bangkok United trailed Suphanburi for most part of their clash after the visitors were put ahead by Eliandro dos Santos in the opening minute.

Bangkok United equalized the goal from Nattawut Suksum in the 58th minute before Anon Amornlertsak grabbed the winning goal in the 71st minute.

It was Bangkok United’s first league match since the shutdown. Their game against Ratchaburi scheduled for last weekend was postponed as a precautionary measure to prevent spread of coronavirus.