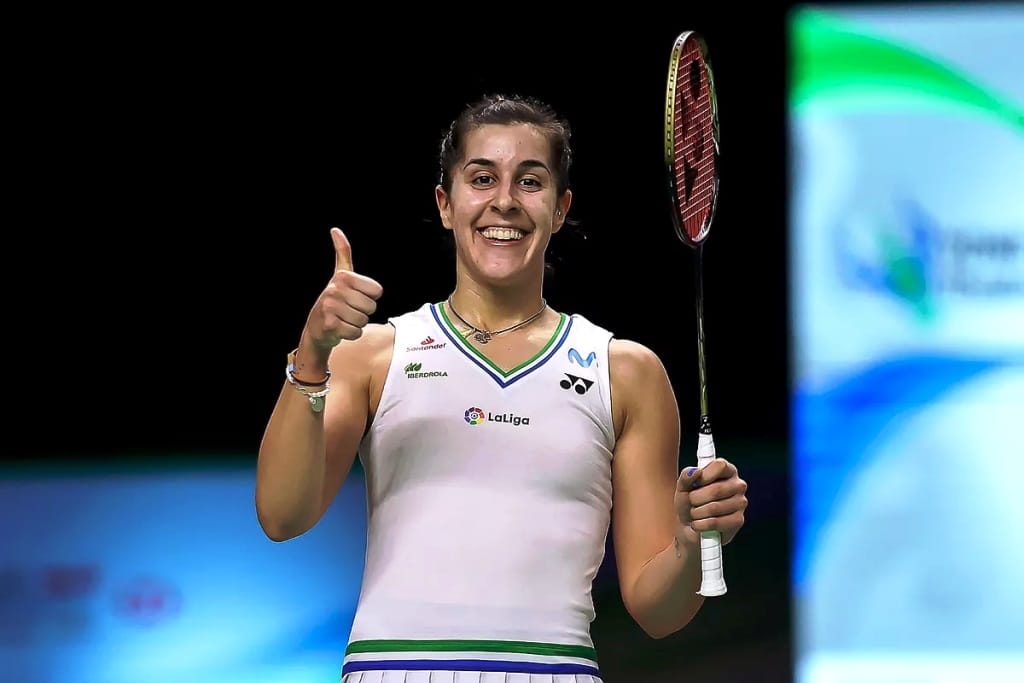 The reigning Olympic Badminton champion Carolina Marin was dominant against World No. 1 Tai Tzu Ying from the off, winning the Thailand Open 21-9, 21-16.

However, Chinese Taipei top seed Tai wasn’t helped by some stomach discomfort, which forced her to take a two-minute time out in the opening game.

But having lost her three previous final appearances, reigning Olympic champion Carolina Marin was in no mood for mercy and ruthlessly dispatched her opponent to close out the opener.

Tai managed to find some rhythm in a more competitive second game, but a determined Marin finished the contest on her first of four match points.

For Carolina Marin, it was an emotional first victory since the death of her father last year. After the game, she turned to the camera to say ‘Te quiero, papi’ or ‘I love you, daddy’.

After a serious ACL injury in 2019 threatened to end her Olympic dreams, this victory shows that the Huelva native will be a top medal threat once again at Tokyo 2020. There was joy for the hosts in the mixed doubles final, where Dechapol Puavaranukroh and Sapsiree Taerattanachai were victorious.

Lee and Yang, who celebrates his 26th birthday tomorrow, took the first game 21-6, before their opponents hit back 21-23 in the next. But the sixth seeds held their nerve to close out the deciding game 21-19 and take the spoils.

“Of course he knows it’s my birthday tomorrow, because we’ve been classmates since elementary school, we’ve known each other since we were 10 or 11,” Wang told the BWF website after.