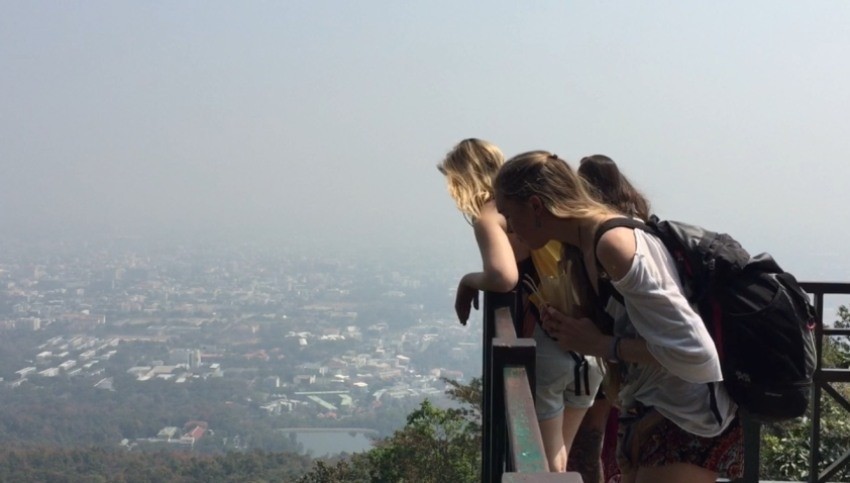 Thailand’s northern city of Chiang Mai’s air-quality has once again ranked as being the worst in the world. Its air quality index was followed by Mumbai, Kathmandu and Kolkata, the application Air Visual reported on Saturday.

On March 13th last year Chiang Mai got world attention after its air-quality was indexed as the worst in the world. Well once again Chiang Mai has recuperated that wonderful reputation of the worlds worst air quality. And yes again the air quality distinction is from wildfires and agricultural burning.

Despite a burning ban in northern Thailand, haze from agricultural burning across the border is affecting the city’s air quality. Resent wildfire in other northern provinces has also added to Chiang Mai’s air pollution.

The application showed Chiang Mai’s average pollution at 193, with particulate matter less than 2.5 microns in diameter (PM2.5) at 137.8 micrograms per cubic metre.

On February 25th, Bangkok’s air quality was named the seventh worst in the world for air quality. While Chiang Mai was placed 10th, according to the application Air Visual. The application showed the Thai capital’s average pollution level at 169 and Chiang Mai at 166.

What are the causes of air pollution in Chiang Mai?

During the dry season, the haze in Chiang Mai is usually caused by regional forest fires. Also smog from Laos and Myanmar.

In recent years, the smog in Thailand’s largest northern city has become worse. Due to industrialization and an increase in the number of vehicles on the roads.

Located in the northern region of Thailand, Chiang Mai is especially vulnerable to air pollution. Above all as it is surrounded by mountain ranges that trap pollution.

How can air pollution in Chiang Mai be reduced?

Authorities in the past have sprayed water in the air during the haze season. Trying to reduce the amount of dust, but this doesn’t get to the heart of the problem. There is an urgent need to reduce emissions from factories and vehicles. Even more smoke from agriculture burning.

Individuals can take steps in their daily life to reduce personal emissions. Like carpooling or taking public transport, actively switching to greener fuel alternatives, and more.