How The Wright Brothers Contributed to Aerospace Fittings Industry
Advertisement

"How Much is it To Ship a Car?" and the Other Questions to Ask

PMP Certification: Why are People Enrolling in PMP Courses? 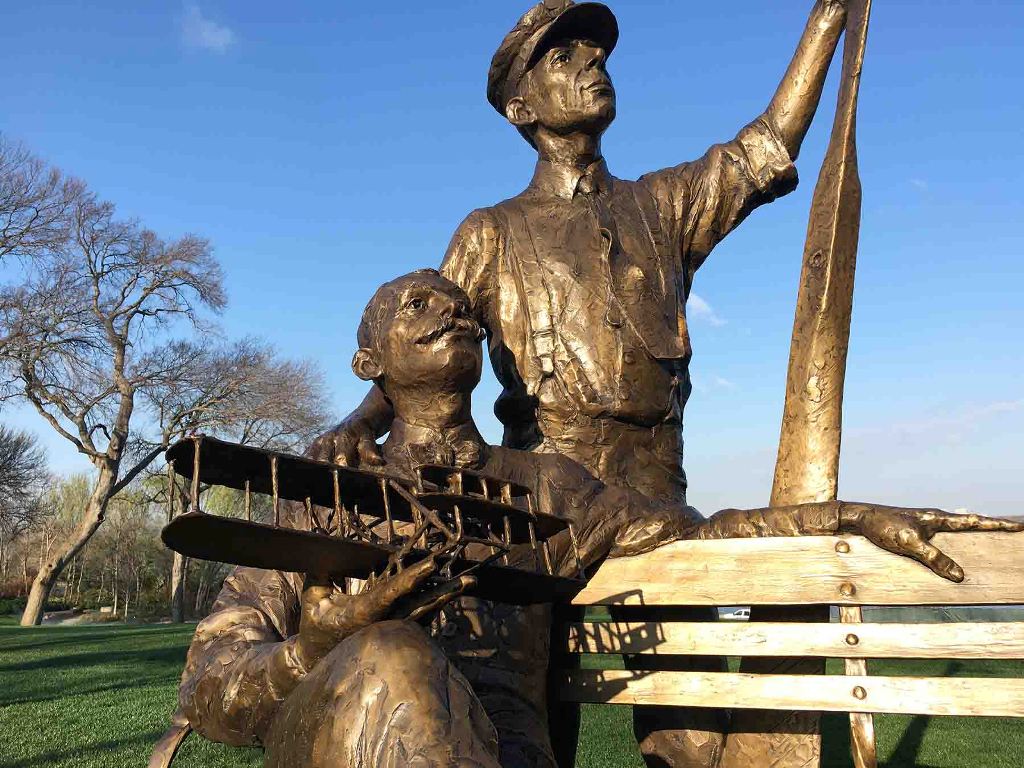 The engineering of airplanes evolved substantially in the last 125 years. In the grand scale of time, 125 years is minuscule, yet extreme advances have taken place.

The aerospace fittings, the literal materials used to birth the aerospace age started with the simplest, yet genius designs. The American Aviation Pioneers Octave Chanute, Augustus M. Herring, and William Avery created The Chanute Glider, in 1896.

The glider was engineered using a support system of railroad trussing. Imagine the weight of this machine meant to fly. Amazingly the success of this glider inspired the Wright Brother’s future designs. In 1899 The Wright Brothers introduced to their first flying contraption; The Wright Kite was made of sticks, wood, and steel wire.

Take a moment to contemplate the bravery of engineering an aircraft using untested parts. even more not knowing what would fly, what would fail, and what would potentially launch the history of flight into the future. These gentlemen did not have the options available today. Imagine what they could have built using the plethora of tried and true parts made of nickel and stainless steel at  https://jsametals.com/collections/aerospace-fittings-adapters. The parts used in modern aerospace designs are a far cry from wood and wire.

The Wright Brothers were inspired by The Aviation Pioneers, Chanute, Herring, and Avery’s Glider. The Wright Kite was an unmanned kite with a five-foot wingspan. Orville and Wilber also integrated a warped wing design of the kite into the Chanute-Glider structural design.

The inspiration of this aeronautical piece evolved to the Wright Glider. The pine structure of the first Wright Glider was not welded together with metals. The spars and ribs were inserted into pockets of sown material. The initial glider had a wingspan of 17 feet, was 11 feet and two inches long by four feet and three inches tall.

It was extremely light, at only 52 pounds. Much data was collected from this glider leading to its two successors. Both succeeding gliders still used fabric and wood as their main structural components. Imagine boarding an aircraft made of cloth and wood. The world needed these gliders to learn from and to compose the next phase of aeronautics.

The brothers continually tweaked their designs, perfecting each part and piece based on engineering concepts and trial and error. They were the first to use what is referred to today as aerospace research and development. It is fascinating to know the same basic equations created 100 years ago are still the basis for modern flight.

They moved on from the cloth and wood into what is known as The Bicycle Apparatus. The brothers used the Bicycle Apparatus to learn how to balance an aircraft. They used crude metal pieces of hacksaw blades and bicycle spokes to create a vane and learn how to balance it in a wind-tunnel effectively. Also incorporating cloth, wood and sheet steal the brothers tested approximately 200 different wings and frame designs. Even more this led them closer to an actual airplane.

The first plane with a propulsion system the Wright Brothers constructed still had wings of unbleached muslin, wood, and wire. The plane still had a propeller made of spruce, and still lacked metal aerospace fittings. But, the propulsion system introduced the parts and pieces engineers have refined today. The engine contained four horizontal inline cast-iron cylinders; 4-inch bore, and 4-inch stroke.

These cylinders fit it into a cast aluminum crankcase. It extended outward to form a water jacket around the cylinder barrels. This crankcase was a first in aeronautic engineering and is reminiscent of parts found conveniently today at shops like  https://onlinemetalsdepot.com/collections/aerospace-fittings. The crankcase design of Wright’s lightweight aluminum engine was also a breakthrough to modern aircraft engineering.

The construction material the brothers pioneered is still used in our airplanes today! The design for The Flyer is essentially one of the most standout engineering discoveries of all time. Even though the commencement flight of The Flyer, with its revolutionary propulsion system on December 14th, 1903, only lasted 12 seconds, it is still a turning point in history.

Without the Wright Brother’s inventions, aeronautics would not be the same. The brothers laid the groundwork for modern aviation. One of the main aspects of their inventions that has rung true since the birth of the first commercial plane of 1928 is aluminum. Above all aluminum is used today in 75%-80% of modern aircraft, most commonly recognized in the Boeing 747 passenger plane.

The Wrights correctly identified aluminum as lightweight, strong, and resistant to corrosion. 10 years after their triumphant use of aluminum in The Flyer, the use of aluminum became more widespread. Aluminum alloy was incorporated into the first full-metal aircraft created by the Germans in 1915, the Junkers J1 Monoplane.

The singular J1 Monoplane model was sound and reached speeds up to 110mph. This plane also added to the evolution of what the Wright Brothers began.

Aerospace Fittings and adapters have evolved

Planes in aerospace have also evolved in the materials used to build them as well. Graphite-epoxy and titanium are used for the Lockheed SR-71 Blackbird, and the Boeing 787 because of their strength and stamina. The fittings and adapters have evolved. Gone are the days of wire and bamboo found in each of The Wright Brother’s gliders and flyers.

Even more today aerospace fittings, like those found at  https://onlinemetalsdepot.com/collections/aerospace-fittings are made out of a variety of metals, including stainless steel. They are crafted to withstand the highest temperatures. The parts are easy to find and affordable to purchase.

They are also made for commercial, private, and military use. Aerospace fittings are found inNASA’s propulsion systems. Outer-space travel using ideas originally formulated in 1899 was most likely not on the minds of Wilber and Orville.

One idea can spark the birth and evolution of an entire industry. A small piece of a large project can become vital. Avove all if the Wright Brothers would have not challenged themselves with different materials, structural components, and adapters how long would it have been for the modern airplane to come into existence?

Consequently the aerospace world was changed because of the brother’s innovation and perseverance.