Understanding the Health Implications of Not Having Rodent Control
Advertisement 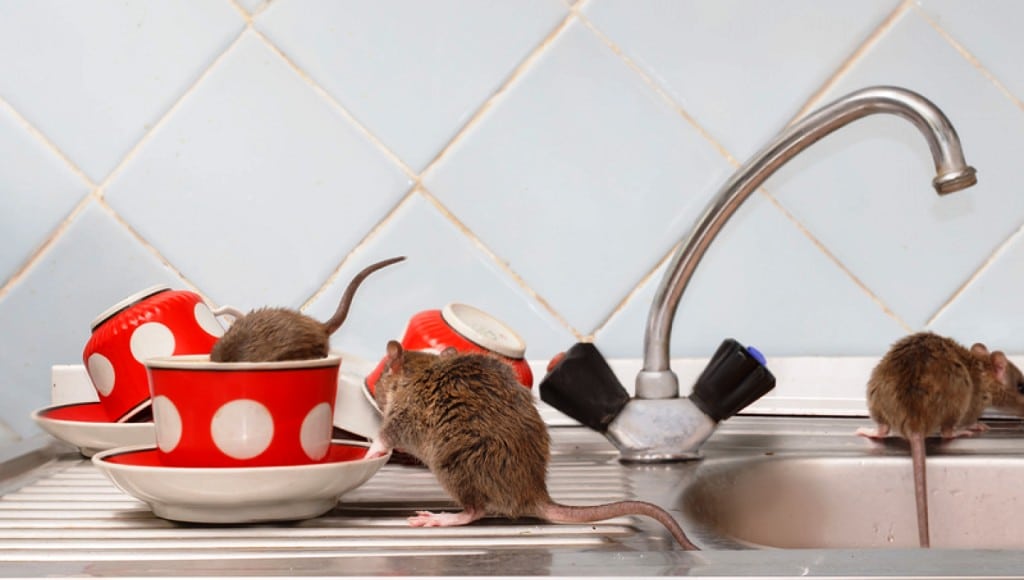 Rodent control is essential to preserve the well being of the population in general. We do not have far to go to realize that an uncontrolled population of rodents can have serious implication on our primary food production, its manufacturing and later storage.

But if we look closer to home, we will find the same issues appearing. Also there is the added note of the potential impact on rodent infestation on our health and the one of other family members.

There is a strong general sense that rodents are nefarious in the sense that they can carry pathogens and contaminate our food supplies and surfaces. But the heart of the issue is down to cross contamination. It is hard enough to handle food safely without having to worry that the surrounding environment may actually be contaminated. In most cases, it would not be much of an issue, as we use plates, chopping boards, cling film and so on.

But old habits die hard. I, for one, do not make may sandwich directly on the worktop anymore, but I still leave the cutlery directly on it. And even though I wash my hands before handling food, my hand go on touching the worktop as I go picking up the cutlery. This may be a very mundane example, but it illustrate how unprotected we are.

The worst thing I had ever come across was the flat of close friends living in the Whitechapel district of London, I would go dining there often enough. Once they called me to help with a rodent sighting they had experienced. And I found the typical mice infestation that was linked to a systemic block issue with mouse droppings underneath the kitchen units and gaps at skirting board levels and around pipes all around.

Were my attitude changed, is went I was explaining what the mouse proofing would involve. As I pulled out the cutlery drawer to show the opening behind it, I saw there was possibly 10-20 droppings in there. You can only imagine the storm of thoughts that went into our mind. First how could they not have realized or seen the droppings in there sooner. The busy mind only sees what it sees. Then, the terrible fact that we put in our months dirty cutlery possibly over a large period of time.

So we now brush on the second aspect of rodent infestations that is affecting our physical health. The one we are all opened to is getting a stomach bug with various degree of aggravation depending on conditions. We know about Salmonella, Campylobacteriosis, but there are a stream of other pathogens that can be passed by direct contamination by urine or droppings or through cross contamination. The degree of infection will then depend on the bacterial or viral load you will have ingested.

Even though you do not develop acute symptoms as most people wouldn’t, being exposed repeatedly to pathogens will eventually weaken you. There are many links that are being made between your gut flora and depression. And I do not suggest that the link is a switch. But chronic tiredness can surely have a strong impact on your mood. And if you had to it stress associated or not to a pest control issue, it may push you over the edge.

What I encounter most often is actually people suffering from mouse phobia. And just to be clear, I am not talking about people being afraid of mice. But rather individual who cannot even face the though of getting into a room where there could be mice. I have come across extreme situations where residents would empty all their food cupboards and not be using their kitchen at all. Others who would live their home to shelter into a hotel while they would call a pest control London company to sort them out. I have seen people selling their home and moving to another property.

The stress of not feeling at home anymore, the one place you should feel safe and at ease. Other conditions associated to rodents can also be health related such as rodent hair allergies. Others can be pest control related such as rent fleas adding to the lot. Often the solution to all these issues and consequences are down to getting rid of the mice. But how to get rid of mice efficiently enough as to gain your peace of mind back, or to ensure your chidden asthma will not be affected anymore.

The best pest control by any definition is not having pest to start with. This can often be achieved if the building standards are high, that the neighbours are on top of things and/or the building is being well managed. So when you first take notice of a rodent infestation, maybe the first thing that you should do, maybe even before calling the best pest control company in London, is to approach your neighbours and let them know.

Not only approaching your neighbours will allow for a more complete and efficient pest control approach, but it will also spread the load. You would not want to be the only person treating, and having all the mice of the neighbourhood having first to come in before they can eat the bait you put down. Mice travel 10-12 meters around the nest, so it means one of two house removed at best in every directions. In London the most typical set up is the terrace house,

So have a kind word with the sideways neighbours. They will check for the presence of rodent droppings under their own kitchen sink unit. And if they did not find any, it will have served the purpose of every one working toward a shared goal as a community. If you live on the 9th floor of a tower, well mice do not fly, so you can only deduct that their must be mice in all the lower floors to various degree. Approaching the neighbours will often not be enough when the solution is at building level and in the hands of the block management.

Finally we come to the holy grail of health vs pest control. There are mice and rats around, our buildings are prone to infestations. But there is a solution failing to control rodent before they can reach me. If I have mice in my home, it is primarily because they found a way in, most likely following the pipe work running from home to home. Therefore the ultimate solution would be to stop them from being able to get it by blocking all the access points. When the price is your wellbeing and peace of mind, it is worth making the effort.