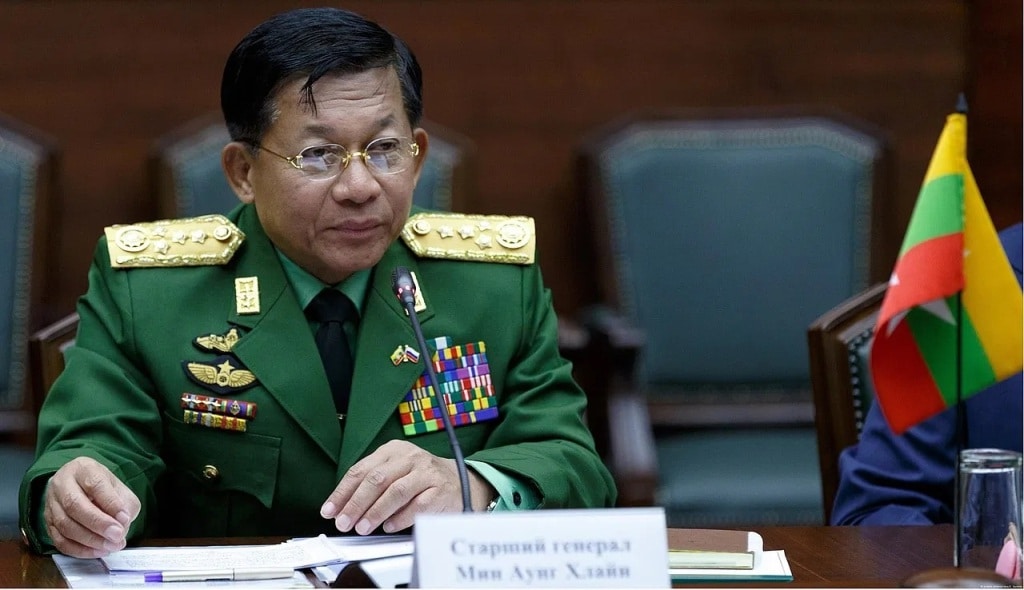 Gen Min has paid little heed to demands from ASEAN to respect a “consensus” agreed in late April to end violence and hold political talks with its opponents.

ASEAN foreign ministers expressed disappointment at the meeting in China on Monday at the “very slow” progress made by Myanmar on its proposal for ending the turmoil since the army overthrew elected leader Aung San Suu Kyi in the beginning of February.

Junta-appointed foreign minister Wunna Maung Lwin said the ASEAN-China foreign ministers’ at the meeting that Gen Min had made progress on his own five-step roadmap for the country unveiled after its coup.

The minister apprised the meeting that the only way to ensure the democratic system that is disciplined and genuine was through the five-point future program that was declared in February.

The minister had said that most of these points had been met including preventative Covid-19 measures and setting up a new election commission to look into alleged fraud during a November election swept by Suu Kyi’s party.

Junta has failed to impose control

The military Junta under General Min has defended its seizure of power despite a decade of tentative steps towards democracy. Saying the old election commission under the democratically elected government of Aung San Suu Kyi had ignored its complaints of election fraud.

Since the February coup the junta has failed to impose control after ousting Suu Kyi, who is among more than 4,500 people detained since the coup.

The security forces have killed over 850 protesters, a rights group says, though the Junta disputes that figure. Meanwhile insurgencies from an Army formed by the shadow government have flared up in several regions across Myanmar bring the country closer to civil war.

Alarmed by the turmoil, several members of ASEAN have called for the release of political detainees, an end to the violence and for Myanmar’s rivals to hold talks on ending the crisis — calls reflected in the Asean “consensus”.

But in the only reference to the ASEAN’s proposal, Myanmar Junta says “discussions were made cordially” on it during a visit last week by two Asean envoys. Both of whom had also called for the release of political prisoners.

Opponents of the junta have shown increasing frustration at ASEAN’s inability to press Gen Min and its failure to include other political stakeholders, particularly the ousted government.

China’s state-run mouthpiece the Global Times newspaper has quoted Gen Min as telling the Chinese ambassador that Myanmar was willing to coordinate implementation of the consensus.

After Monday’s meeting, Indonesia’s Foreign Minister Retno Marsudi said Chinese help would be “highly appreciated as this will contribute to achieving a peaceful solution”.

A shadow government formed by anti-coup opponents criticized China’s embassy in Myanmar for calling Gen Min the “leader” of Myanmar on a posting on its website.

According to the Washington Post China is in a difficult position. Its refusal to explicitly condemn the military coup has made China the target of public anger in Myanmar, but exerting more pressure might look as though China is abandoning its traditional policy of non-interference in other countries’ governments, and throwing its weight around.

Furthermore, if China angers the military junta, it might endanger China’s existing economic and strategic interests in the country.

Meanwhile, Rampant rumors circulating on social media continue to pinpoint China as the culprit supporting the coup, and interpret anything related to China or the Chinese people as signs of China’s interference.