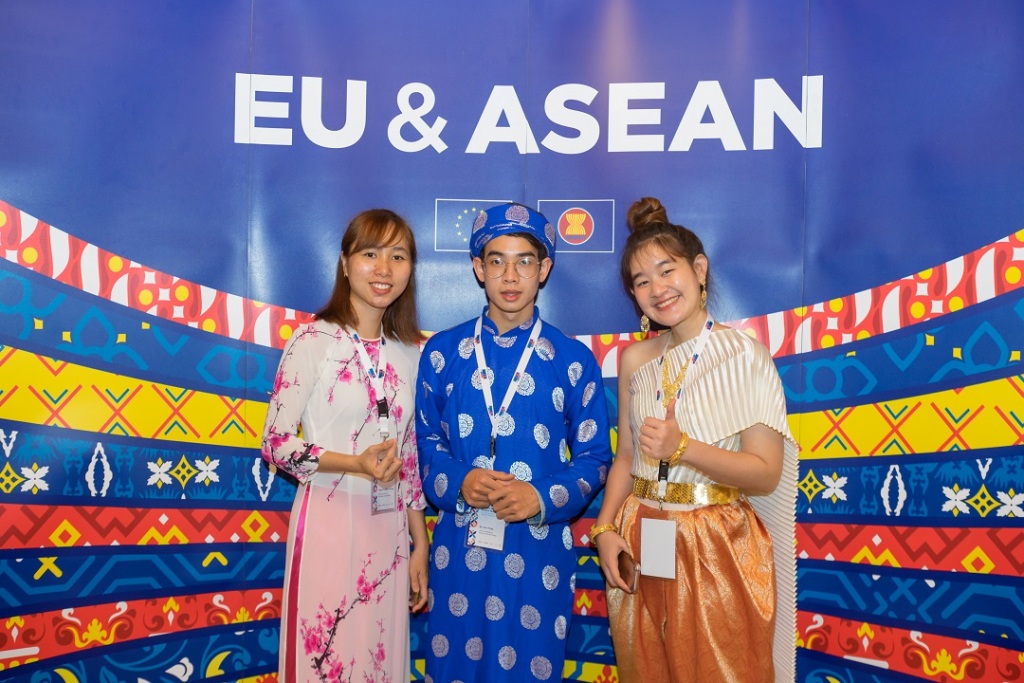 The European Union has been a dialogue partner of ASEAN ever since four decades ago in 1977. Historically, both blocs have maintained good ties and partnerships.

Amongst all the dialogue partners of ASEAN, the European Union contributes the most funds to ASEAN development projects, with more than EUR 200 million.

In the midst of the COVID-19 pandemic, the European Union Ambassador to ASEAN believes that the EU and ASEAN can collaborate further, in order to solve global problems together. During the pandemic, the EU has provided ASEAN with more than EUR 800 million funding to tackle the pandemic as well as improving health, sanitation and water facilities.

The Vice President of the European Commission Josep Borrell believes that both blocs can collaborate on vaccine security, to ensure that there is enough supply of vaccines for citizens.

Mr Josep Borrell also emphasises that in order to make a speedy economic recovery in the midst of the pandemic, both blocs have to foster deeper economic ties and integration.

The Executive Director of the EU-ASEAN Business Council believes that European businesses want the EU to expedite engagement and negotiations with ASEAN, and also sign Free Trade Agreements (FTAs). A1 Similarly, the EU ambassador to ASEAN has emphasized the importance of fostering close trading ties between the two blocs.

Presently, the EU has successfully signed FTAs with Vietnam and Singapore. The European Union looks to sign more FTAs with other ASEAN nations, with greater urgency. There are currently ongoing negotiations with Indonesia, the Philippines and Thailand.

Eventually, the European Union hopes to promote more trade between the 2 blocs, and attain free trade in the entire Southeast Asia region one day.

The EU-Vietnam FTA has allowed 99% of goods traded between the 2 blocs to enjoy duty-free rates.

In 2018, the European Union has made foreign direct investments worth €7.4 billion into Vietnam.

As for Myanmar, in October 2020, the Southeast Asian nation signed a MoU with the European Chamber of commerce. This MoU will draw more investment funds from EU nations, while forging a sustainable and green business climate.

Last year, the EU had invested approximately US$7 billion into Myanmar.

Other than trade, the EU and ASEAN collaborate in environment, research, development cooperation, connectivity and security aspects.

Green Energy in the Philippines

Recently, Charge d’Affaires Thomas Wiersing, the EU Delegation to the Philippines conveyed in a webinar the EU’s willingness to collaborate with the Philippines on green and sustainable initiatives.

Philippines’s Finance Secretary Carlos Dominguez mentioned that the EU has and will continue to work with the Philippines on sustainable and green energy generation, and water conservation.

The EU will provide a 5 million Euro grant to Laos, to protect biodiversity in Laos. This initiative will ensure proper management of 3 biodiversity-rich places in Laos, establish biodiversity protection organisations and also ensure green and sustainable infrastructure initiatives.

The EU and ASEAN have constantly engaged one another in research, even before the pandemic.

The EU Mission to ASEAN recently announced that the EU will support 19 Southeast Asian research organisations with new research grants. The new grants encourage and facilitate the sharing of research findings and ideas, as well as research staff, facilitates partnership across business sectors, and promotes innovative projects.

Currently, the EU has already provided ASEAN with EUR 250 million for development cooperation projects from 2014 to 2020.

In August 2020, the EU Ambassador to ASEAN disclosed that the European Union will embark on 3 new development cooperation initiatives with ASEAN, worth EUR 13 million.

One of the benefits of the new initiatives would be to promote green and sustainable growth, by leveraging on technology and digitization.

There is also €50 million funding from the EU, for ASEAN’s Catalytic Green Finance Facility, which will help to directly and indirectly finance green and sustainable infrastructure in Southeast Asia.

Connectivity wise, the EU hopes to connect and integrate more with ASEAN, digitally and physically. The EU-supported ASEAN Customs Transit System will be implemented in late 2020.

Air connectivity looks to be enhanced as the ASEAN-EU Comprehensive Air Transport Agreement looks to be concluding soon, leading to the world’s largest aviation market.

In security aspects, the EU looks to strengthen security partnership and collaboration with ASEAN, as part of the EU-ASEAN strategic partnership. Previously, there have been successful dialogues between the 2 blocs, such as the 4 EU-ASEAN High Level Dialogues pertaining to Maritime Security Cooperation.

The EU and Vietnam signed the Framework Participation Agreement in October 2019, which allows the Southeast Asian nation to take part in EU crisis management exercises, and engage in military exchanges. There would also be regular discussions and exchanges of information regarding defence and security aspects between the 2 parties.

Indonesia and the EU had engaged in the 5th Security Policy Dialogue on 21 October 2020.

During the dialogue, both parties expressed their commitment to enhance security and defence cooperation. They also shared their experiences and practices, and agreed to collaborate in training and defence education in the future.

The EU representative to ASEAN realizes that ASEAN has over the years and decades, developed themselves into an important presence and influence internationally, where many nations and blocs would highly prioritize ASEAN. The EU representative reiterates that the EU will put ASEAN at the heart of their political framework and strategy, and aims to make a difference in Southeast Asia in the long run.

Moving forward, both blocs can further build common understanding and increase engagement with one another. Understanding can be forged by having frequent dialogues and consultation. This will allow both parties to understand each other perspectives on issues, to embrace differences and pursue projects where there are common positions or agendas.

Irrefutably, the European Union and ASEAN are amongst the world’s most successful blocs, proving that an open and rules-based multilateral system works.

ASEAN and the European Union can collaborate together to take advantage of new opportunities in today’s fast-changing, and increasingly digitized global economy.