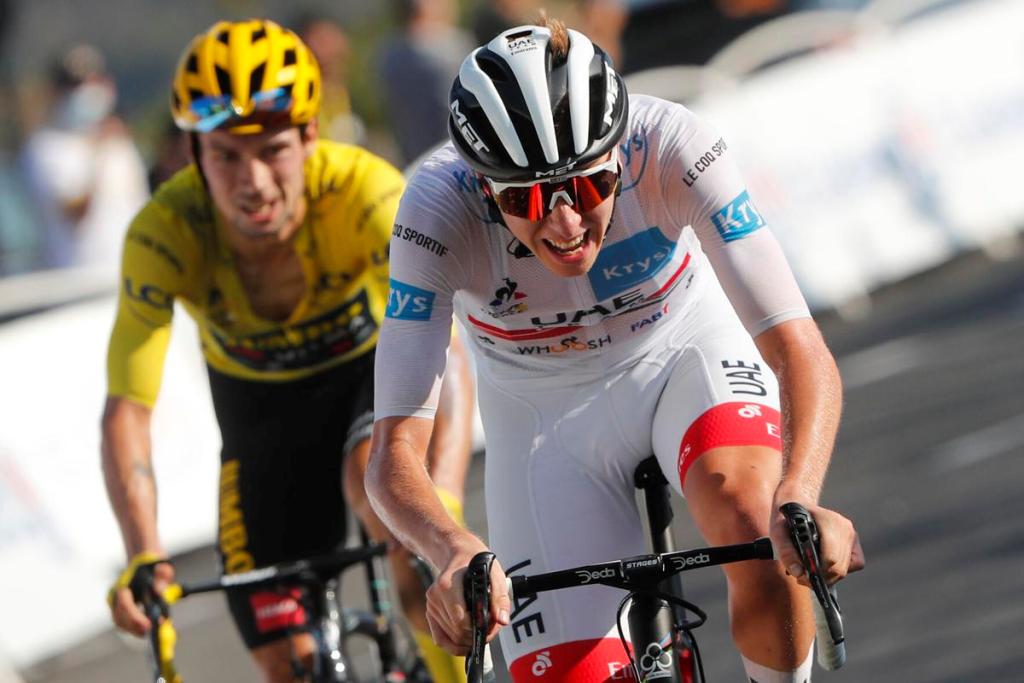 After claiming his second stage victory of the 2020 Tour de France, praise continues to greet every effort from 21-year-old Tadej Pogacar from Slovenia. Despite competing at the event for the first time in his career, excellent performances have ensured that not only does he look certain to claim the youth title, he remains within touching distance of his compatriot Primoz Roglic, who maintains overall leadership of the General Classification after Stage 15.

During what looks set to become a golden era for Slovenian professional cycling, both riders have excelled throughout the Tour this year. Although they represent different teams, with Roglic racing with Team Jumbo-Visma and Pogacar with UAE Team Emirates, their endurance and stamina have been unrivaled thus far.

In reality, few eyebrows have been raised by how much the Slovenian duo have dominated the general classification. Pogacar was always tipped to perform well this year, given the young rider is highly regarded as a rising star in the road racing scene. Meanwhile, Roglic is living up to his expectations with short Tour de France odds, ahead of the final stages.

Meanwhile, Roglic is living up to his expectations with short Tour de France odds, ahead of the final stages.

Today we conquered our 3rd victory. Stage 15 of this year’s Tour de France was a beast. UAE Team Emirates Tadej Pogačar stormed to his second stage win aboard his Colnago V3rs and moved to within seconds of the overall lead. pic.twitter.com/yMXosrCmqB

Pogacar has quickly established his reputation with numerous minor race victories, whilst also making a big impression at major road cycling events. In 2019 he finished 6th at the Tour of the Basque Country, then put that excellent practice to great use by finishing 3rd at the Vuelta a España. This year whilst preparing for the Tour, finishing 4th at the Critérium du Dauphiné was perhaps an early indication of what was to come.

Much more experienced, former ski jumper Roglic has made great strides in his cycling career, since turning professional in 2013. Gradually improving and working his way up the rankings, the 30-year-old has matured to become arguably the best racer in the world, having topped the UCI World Road Cycling Rankings for more than 32 consecutive weeks.

While progress throughout his career has been steady, major breakthroughs came in 2017 when Roglic finished in the top five at several major stage races. After winning the Tour of the Basque Country and the Tour de Romandie in 2018, he also finished fourth at the 2018 Tour de France. Those results guaranteed that everyone started paying more attention to his abilities, and he didn’t disappoint as the excellent progress continued.

Slovenia will undoubtedly be delighted

In 2019 after defending his Tour de Romandie title, Roglic won the Tirreno Adriatico, finished third at the Giro d’Italia and most impressively of all, won the Vuelta a España, claiming his first ever Grand Tour triumph in the process. Since taking such a giant leap forward in the last couple of years, Roglic became increasingly fancied to lead from the front at the 2020 Tour de France, and thus far, he has lived up to every expectation and tops the General Classification.

Fans back home in Slovenia will undoubtedly be delighted, confident that over the next few years, they have two fantastic riders who are genuinely capable of competing for honours at all the major road cycling races. That might be regarded as added pressure for Pogacar and Roglic, although these two riders seem to thrive and use that pressure to fuel their success.