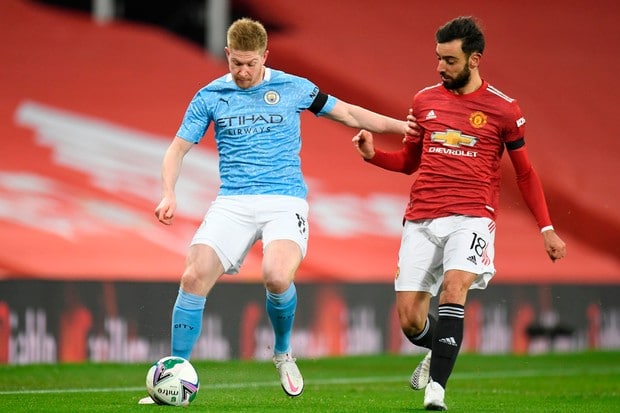 The English Premier League, this season, has already had its fair share of twists and turns. From Liverpool collapsing, to Aston Villa, Leicester City and West Ham United playing some beautiful football, the 2021 Premier League season has been like no other.

Manchester City are looking invincible once again, while Manchester United are slowly starting to build consistency and momentum. There have been some wonderful individual performances and tales of redemption in the Premier League this campaign. Among many splendid players in EPL 3 exceptional talents can be thought to be the best. De Bruyne is rightfully considered one of the most talented and gifted midfielders in the world. Last year, for example, the Belgian repeated Thierry Henry’s historic record with 20 assists per season!

The Manchester City midfielder has all the chances to overtake another outstanding passer in the coming years. In relative terms, the Belgian is already head and shoulders above everyone else. If the 29-year-old De Bruyne spends at least 3-4 more seasons in England, maintaining the same performance, he will come out in the ranking in a clean second place. Man United star Bruno Fernandes has been named EPL Player of the Year by the Football Fans Federation. In 2020 itself, Bruno scored 32 goals for the Red Devils – the most in the Premier League. Fernandes has had 26 points so far this season, scoring 16 and making 10 assists.

Also, Fernandes is the only Manchester United player in the top 20 contenders for the Golden Boot -2021. If you follow Man United and Bruno games and would like to place a bet then find out all helpful info about 1xbet bonuses and advantages.

The best characterization of the Portuguese was given by the legend of the Mancunians Paul Scholes: “Bruno Fernandes has become a sensation since the day he signed the contract. He’s an amazing transfer. He knows where all his teammates are on the field, he has a picture in his head and is capable of playing a killer pass every time. “Every time he plays, he affects the game in this 2021 season.” In 2019, van Dijk was chosen among the major challenges for the Golden Ball. The defender had a fabulous year and, according to numerous colleagues, deserved to receive the Ballon d’Or prize. Nevertheless, the vote is determined by Leo Messi, but anyway Virgil performed greatly.

In 2020, Van Dijk remained to show solid defence contribution and at the moment it is obvious that Van Dijk is the best centre-back in the world. Ramos, Bonucci are good, but Virgil is even classier. Sure, in football games, dribbling and striker goals are always better visible than tackles and interceptions, so individual prizes such as “golden ball” are often hard for defenders to overcome.