USWNT Loses to Canada in Semifinals at Tokyo Olympics

COVID and Sports: All Fans At Allegiant Stadium Will Be Required To Wear Face Coverings 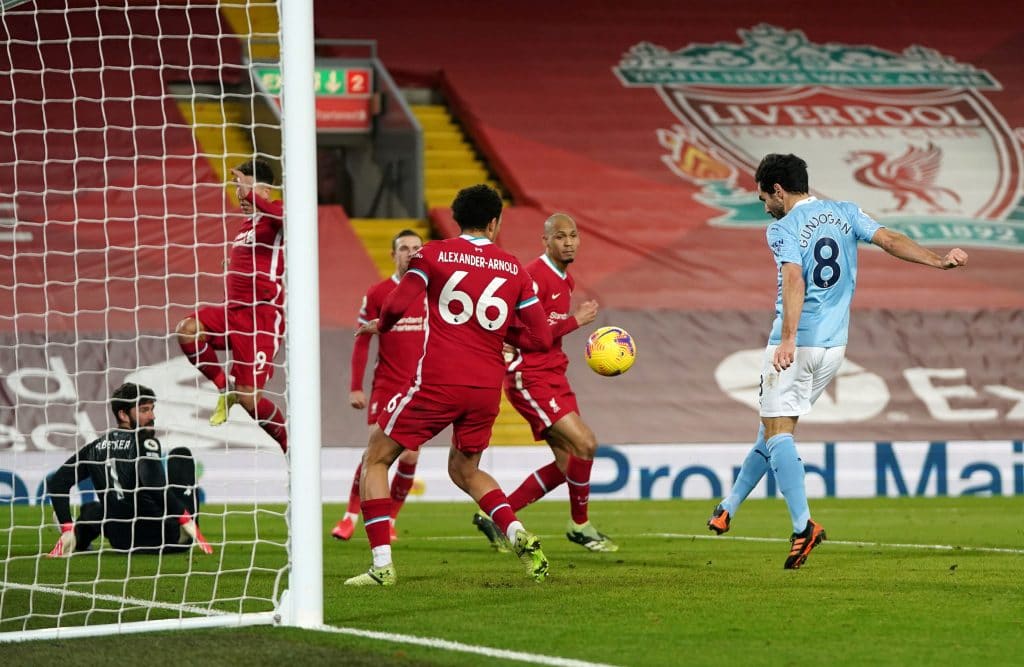 Manchester City stretched their lead at the top of the Premier League after a 4-1 win over Liverpool in a heavyweight clash with significant ramifications for the title race.

Mo Salah’s 63rd-minute penalty had wrestled back momentum for the faltering champions after Ilkay Gundogan – who missed a first-half spot-kick – had made the breakthrough at Anfield shortly after the interval.

But two unforced errors in the space of four minutes from Brazillian goalkeeper Alisson allowed Gundogan and Raheem Sterling to dramatically haul the contest – and seemingly the Premier League crown – back in City’s favour.


Phil Foden then capped an imperious display with a late fourth as Pep Guardiola’s ominously-efficient side humbled their hosts.

City, on a 14-game winning streak, are now 10 points ahead of Liverpool and five clear of Manchester United, with a game in hand on both sides, while Liverpool, Anfield aura further diminished, have lost three league games in a row at home for the first time since 1963.

Jurgen Klopp had called for brave football after back-to-back home defeats blamed on mental fatigue but a game that felt make-or-break for his players started in cagey fashion between two sides brimming with midfielders.

Foden was deployed in an improvised forward line against a still-makeshift Liverpool backline but while the Reds’ attack had a familiar feel with Sadio Mane returning to the starting line-up, neither side could muster much menace at a stadium that felt pointedly hollow for such a pivotal fixture.

After 23 games this season, Liverpool now have 27 fewer points than they did at the same stage last season, the biggest drop by any reigning champion at this stage of a campaign in English top-flight history.

“For me, they are bad champions,” said Keane. “You could say that this is a one-off, it’s a freak season, it’s Corona. Just get on with it. You’re the champions, you’re Liverpool Football Club.


“Keeping performing like that and it will be another 30 years before you win the title.”

The Sky Sports pundit was his scathing in his assessment of Liverpool’s mentality and approach following their 4-1 defeat to Manchester City at Anfield, their third successive home defeat.