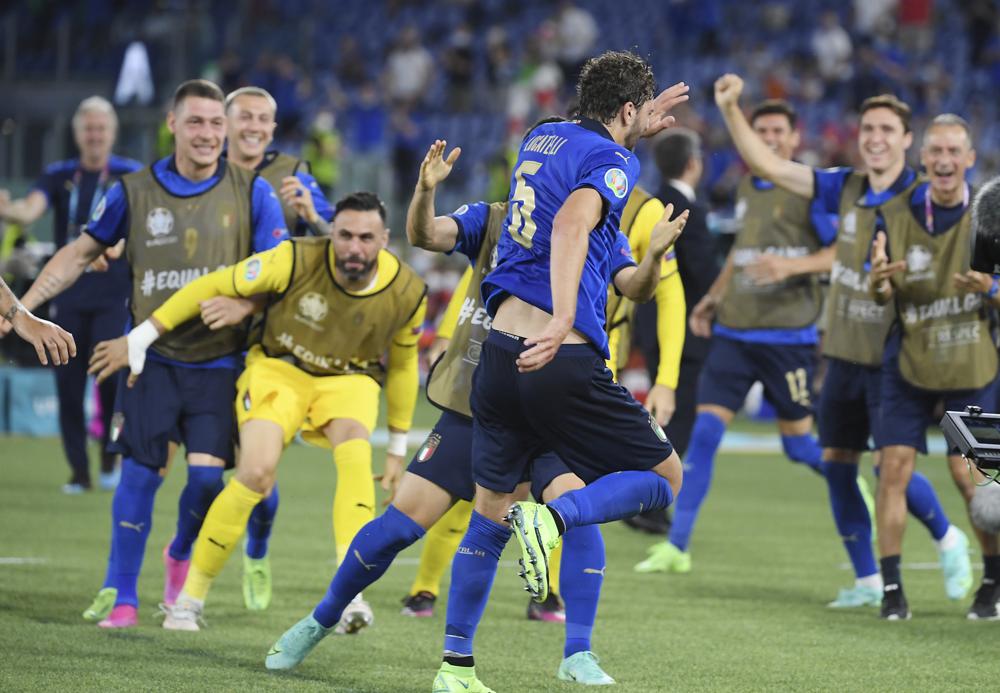 Italy defeated Switzerland 3-0 at the Stadio Olimpico to become the first side into the last-16 of the European Championship. Midfielder Locatelli, 23, opened the scoring with a simple tap-in goal following Sassuolo team mate Domenico Berardi’s excellent run down the right wing, before he rifled a shot into the bottom corner of the net from the edge of the box early in the second half.

The wingers sprint forward like Ferraris. The midfielders are just as capable at scoring as the forwards. And the reserves look like starters. A new-look Italy is impressing with its offensive flair at the European Championship.

Midfielder Manuel Locatelli scored two goals Wednesday and the Azzurri beat Switzerland 3-0 to become the first team to reach the last 16 at Euro 2020, and they did it with a game to spare.

They also did it with their 10th consecutive victory.

“I’m fortunate to have great players who enjoy playing soccer, like to have fun and take some risks — which is the essence of soccer,” Italy coach Roberto Mancini said.

As usual — and perhaps the only characteristic carried on from Italy teams of the past — the defense was impenetrable. It’s quite a turnaround for a team that failed to qualify for the 2018 World Cup.

Italy extended its unbeaten streak to 29 matches — one shy of the team record — and kept its 10th clean sheet in that run. Mancini, however, suggested that Italy still trails France, Portugal and Belgium on the list of tournament favorites.

“One of them is the World Cup champion, one is the European champion and one has been first in the ranking for quite a while,” Mancini said. “They’ve been shaped over time and it’s only normal that they’re ahead of us. But anything can happen in soccer. It’s not such a sure thing.” 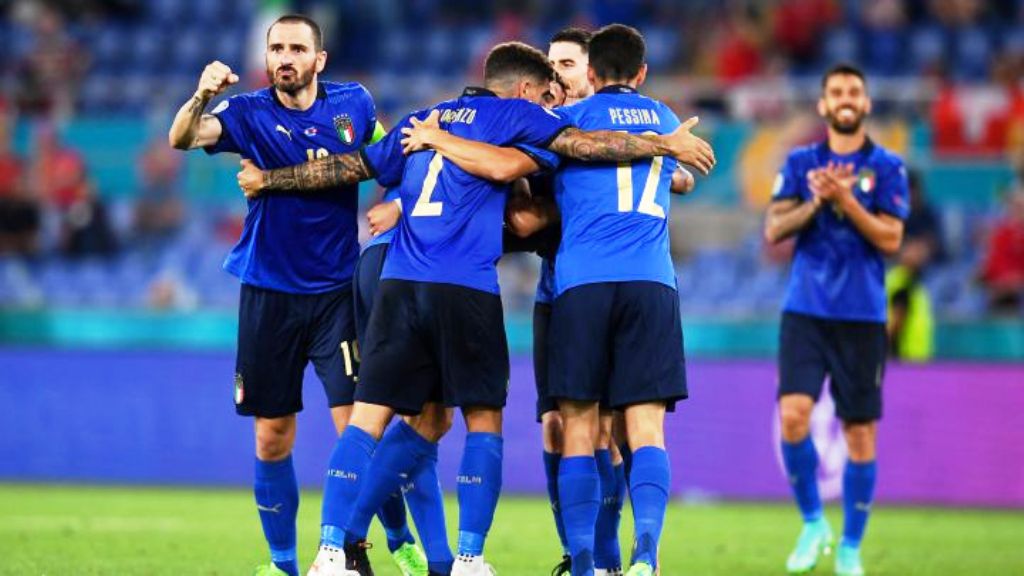 Ciro Immobile added the third with another long-range effort in the 89th for his second score of the tournament.

Giorgio Chiellini had a goal waved off by video review early in the match because of a handball. Then the Italy captain exited with a left thigh injury.

Italy leads Group A with a six points after overwhelming Turkey 3-0 in the Euro 2020 tournament opener. Wales is next with four points earlier after beating Turkey 2-0 in Baku.

Switzerland has one point and Turkey has zero.

“They caused us a lot of problems and we weren’t (playing) at 100%,” Switzerland coach Vladimir Petković said. “We weren’t secure on the pitch, which is normally not our character.” Locatelli’s first goal was an offensive masterclass.

He started it off with a long pass from within Italy’s half to Berardi streaking down the right flank. Berardi then cut inside and crossed back to the onrushing Locatelli, who tapped in from close range.

“Manu and I know each other very well,” Berardi said. “He was smart to give me the ball and carry on the run.”

Added Mancini: “It was an extraordinary goal.”

And to think that Locatelli only gained his starting spot because of an injury to the more experienced Marco Verratti, who is expected back for the next game against Wales.

At age 23, Locatelli became the tournament’s youngest scorer so far. Italy goalkeeper Gianluigi Donnarumma preserved the shutout with a double save on Steven Zuber late in the second half.

The Azzurri have now scored 30 unanswered goals over their last 10 matches. In the final group games, Italy remains in Rome to face Wales while Switzerland returns to Baku to face Turkey.