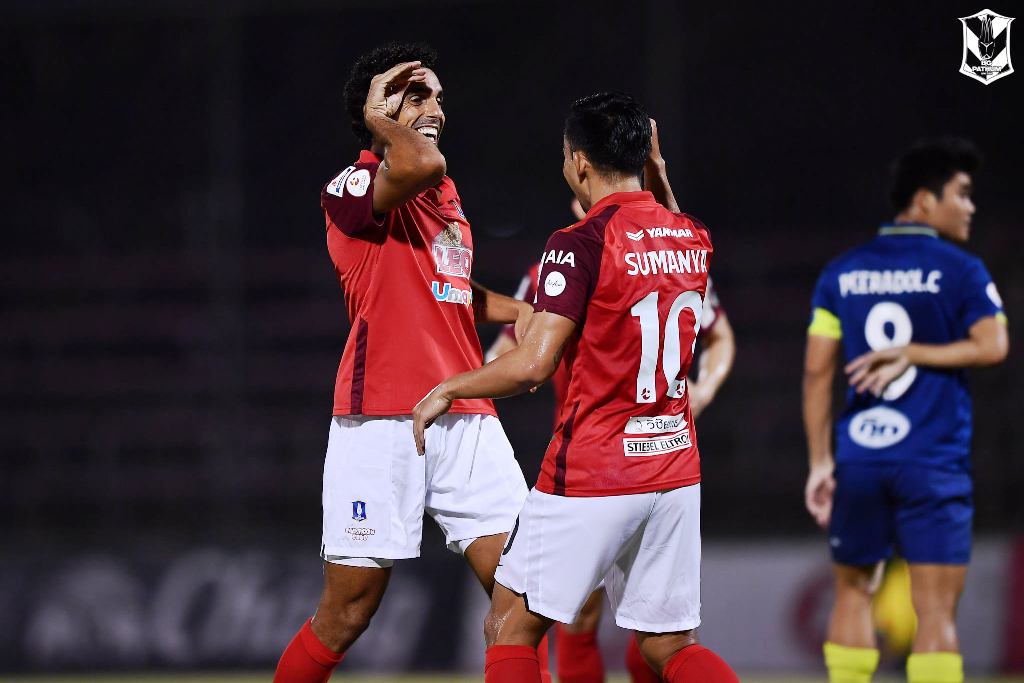 BG Pathum United moved to with one win of claiming their first ever T1 League title when they hammered Samut Prakan City 6-0 on Sunday night.

BG Pathum United showed hosts Samut Prakan City no mercy as they maintained their 19-point lead at the top of the table.

With only seven matches remaining this season, Pathum could wrap up the title at their home ground on Thursday when they host Sukhothai. Diogo Luis Santo had a hat-trick, Victor Cardozo struck twice and Santiparb Channgom scored one goal for the Rabbits.

Meanwhile, Port ended their five-game winless run in the league, which included four losses, with a 3-1 home victory over bottom-placed Rayong that helped them reclaim a share of second spot last night.

Former champions Buriram United hit top gear in the second half as they fired three unanswered goals past hosts Nakhon Ratchasima for a convincing 3-0 triumph in a northeastern derby in Thai League 1 on Saturday night.

The victory gave Buriram sole possession of second spot at least for a day with 44 points, 16 behind unbeaten leaders BG Pathum United.

Port are heavy favourites to end their five-match winless run in the league and rejoin the Thunder Castle at No.2 when they host bottom-placed Rayong this evening.

Arch-rivals SCG Muang Thong United also stayed in contention for a top-three finish with an injury-time Willian Popp goal taking them to 40 points following a 3-2 victory at relegation-threatened Trat.

Hosts Ratchaburi picked up a point following a 1-1 draw with former T1 league champions Chiang Rai United and PT Prachuap failed to move away from the three-team relegation zone after a 1-1 away draw at Police Tero.

Nakhon Ratchasima had a brisk start with Gidi Kanuk sending a shot over the bar and Amadou Ouattara being denied by Buriram goalkeeper Siwarak Tedsungnoen.

Buriram slowly wrested the control from the Swat Cats but they really got going after the break when Pansa Hemviboon put them on course to the victory in the 50th minute.

Chalermpong Kerdkaew fouled Buriram’s Samuel Rosa inside the box and the Brazilian converted the 70th-minute penalty to make it 2-0 before Maicon Marques added the third six minutes later.

Muang Thong squandered a two-goal upper hand given to them by Suporn Pinakatapho (23rd minute) and Willian (56th). Ricardo Santos scored two for Trat, the second one coming off a penalty, to set up the stage for Willian’s injury-time heroic act.