Why Hasn’t Anyone Made a Video Game About Ivar the Timewalker? 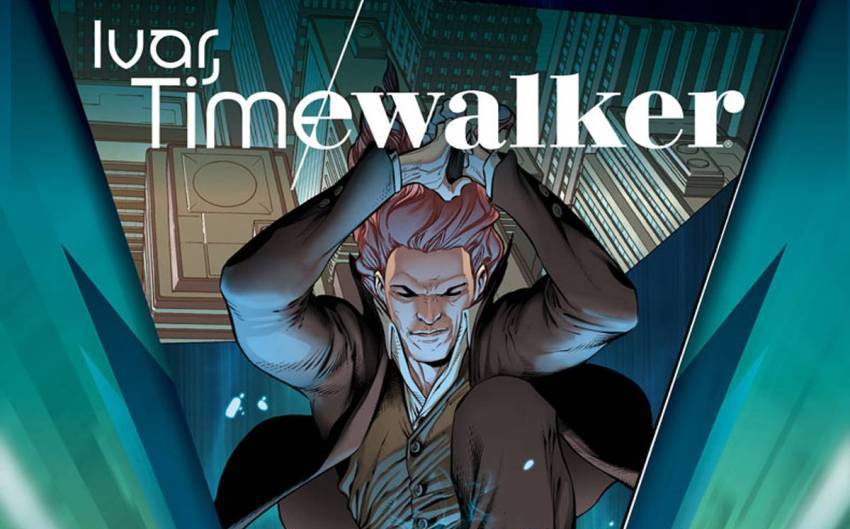 These days, a video game seem like the perfect way to escape. So why not escape to a different part of history? A video game centered around Ivar the Timewalker would allow you to do just that. The problem is, no one has created this game yet. For those who don’t know, Ivar is a time-traveling hero from Valiant Comics, the third-most-popular publisher of graphic novels after DC and Marvel.

While we’ve seen Ivar travel to all kinds of different moments in history (and the future), he’s been confined to the pages of his comic books so far.

That all could change with a new video game about the fan-favorite character. When DMG Entertainment acquired Valiant a few years back, they made it very clear that video games were a big part of their future plans. This company is famous for putting Valiant heroes on the big screen for the first time with movies like Bloodshot, but that’s only one aspect of their expansion strategy.

DMG Entertainment Founder Dan Mintz personally assured Valiant fans that they would soon have the chance to play as their favorite superheroes in an all-new generation of video games. While he didn’t mention any names, the assumption is that the first few games would focus on Valiant’s most popular heroes – figures like Rai, Bloodshot, and Ninjak.

As Mintz noted, a powerful narrative has always been the foundation of Valiant Comics. These graphic novels really make you think about the world around you, and the characters are multi-dimensional and nuanced. Video games set in the Valiant universe would ostensibly share this emphasis on narrative, and gamers probably won’t see any mindless “shoot ‘em ups” created by DMG Entertainment.

While Ivar the Timewalker might not be at the top of the pile when it comes to possible video game adaptations, the comic series does feature one of the most complex and thought-provoking narratives. Ivar’s journeys take involve branching storylines that loop through time in a dazzling manner. If this comic series did get a video game adaptation, players would have a chance to leap through the ages as a thrilling and complex story unraveled around them.

Video game franchises involving time travel might sound like a tall order, but it’s a successful formula with proven sustainability. Just look at Ubisoft’s Assassin’s Creed series. These games have the player traveling through all kinds of different time periods, including Ancient Greece, the Crusades, the Victorian Era, and many others.

History doesn’t have to be boring, and video games like these provide players with an interesting education without beating them over the head with meaningless facts and dates.

Imagine taking control of Ivar and making decisions in the past that impact events unfolding in the future. Imagine feeling like you have the power to shape history – even if it’s just in the context of a video game.

This is exactly the type of powerful narrative that makes Valiant so unique, and DMG Entertainment should seriously consider Ivar’s potential as a new video game franchise. The overall formula is already tried and tested with franchises like Assassin’s Creed.

All that remains is to take a risk and let players jump through the ages with Ivar by their side.