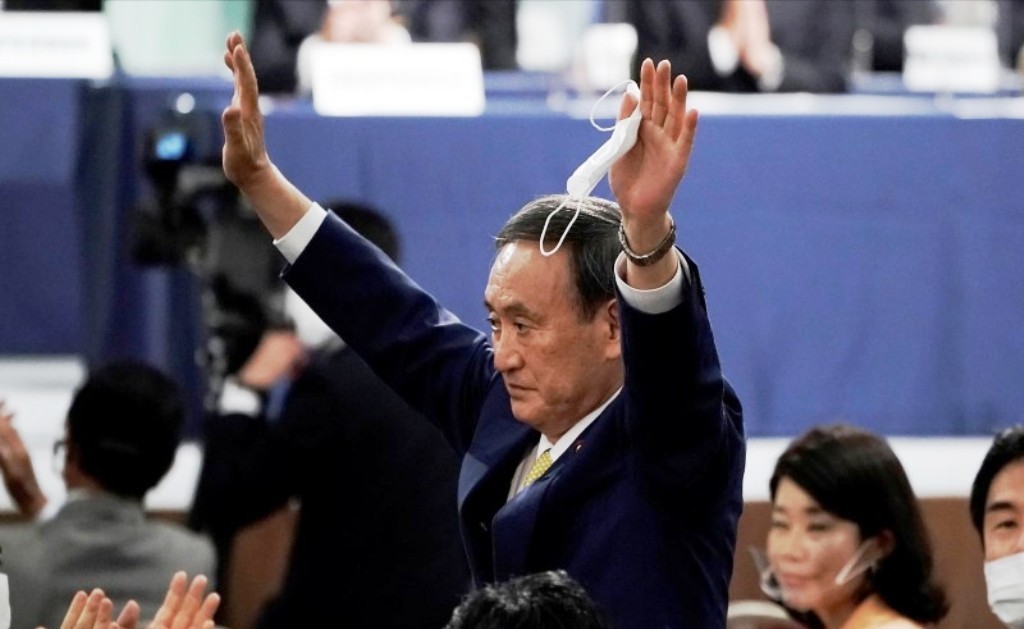 Japan’s Yoshihide Suga, has won the ruling Liberal Democratic Party’s nomination to replace outgoing Prime Minister Shinzo Abe. Paving the way for him to become prime minister in a parliamentary vote this week.

Yoshihide Suga served in the powerful post of chief cabinet secretary during Abe’s nearly eight-year tenure. He has said he will pursue his predecessor’s “Abenomics” recipe of hyper-easy monetary policy. Curbing government spending and reform and follow a diplomatic line centered on the US-Japan security alliance.

Suga is expected to take the helm at a critical moment when the country has been hit by a pandemic and economic slump and is grappling with national security issues.

Of 534 votes — 393 LDP lawmakers and 141 party representatives from across the country — Suga won by a wide margin, capturing 377 votes, or 70 percent. Policy Council Chairman Fumio Kishida secured 89 votes, and former Defense Minister Shigeru Ishiba received 68. The LDP has a comfortable majority in the Lower House, essentially guaranteeing that Suga will become the prime minister Wednesday.

The result is the culmination of a mere week long campaign to choose the country’s next leader. Shinzo Abe himself imagined would be Kishida and the public initially wanted to be Ishiba.

Instead, the victor was Abe’s loyal right-hand man, even though he had trailed behind in the polls a few months ago. But Suga shot to the top of the pack after mainstream LDP factions quickly formed a consensus and the public, shocked by Abe’s announcement of his departure. Apparently had second thoughts about the current administration and preferred continuity over an abrupt policy shift, according to recent polls.

Suga, clad in a navy blue suit with a yellow tie, showed his appreciation for Abe’s work as the prime minister after the vote at a joint plenary meeting of LDP members at a Tokyo hotel.

“We need to inherit and facilitate policies promoted by Prime Minister Abe in order for us to overcome this crisis and for each and every individual to have a safe and stable life,” Suga said. “I recognize that I carry that mission.”

Abe’s No. 2 stubbornly brushed off speculation

Suga, who is the son of a strawberry farmer from Akita Prefecture and started his career in politics as a secretary of a Lower House member. He has had plenty of media exposure throughout his tenure as the chief government spokesman. Which sees him give a media briefing twice a day, five days a week and on emergency occasions.

His big break came last year when he unveiled the name of Japan’s new imperial era. This earned him the nickname “Uncle Reiwa.”

Still, he was not previously considered to be a viable successor to Abe. The prime minister was attached to Kishida and lauded him in public. Above all to lay the groundwork for his ascension to the country’s top job. Even when pestered by the media, Abe’s No. 2 stubbornly brushed off speculation that he had any desire to be prime minister.

Polls from earlier this year showed Suga only had single-digit support from the public.

The tide changed this summer when Abe visited a hospital twice and a resulting rumor about his deteriorating health condition caught Nagatacho, Japan’s political center, off guard. – Japan Times