Two elderly women have been killed and 52 people injured after a PTT gas pipeline explosion happened south of Bangkok on Thursday afternoon. People in Samut Prakan ran in panic from nearby homes, some of which were also engulfed in flames. Students also fled in fear from an adjoining school.

Devastation at the scene of the Gas Pipeline explosion 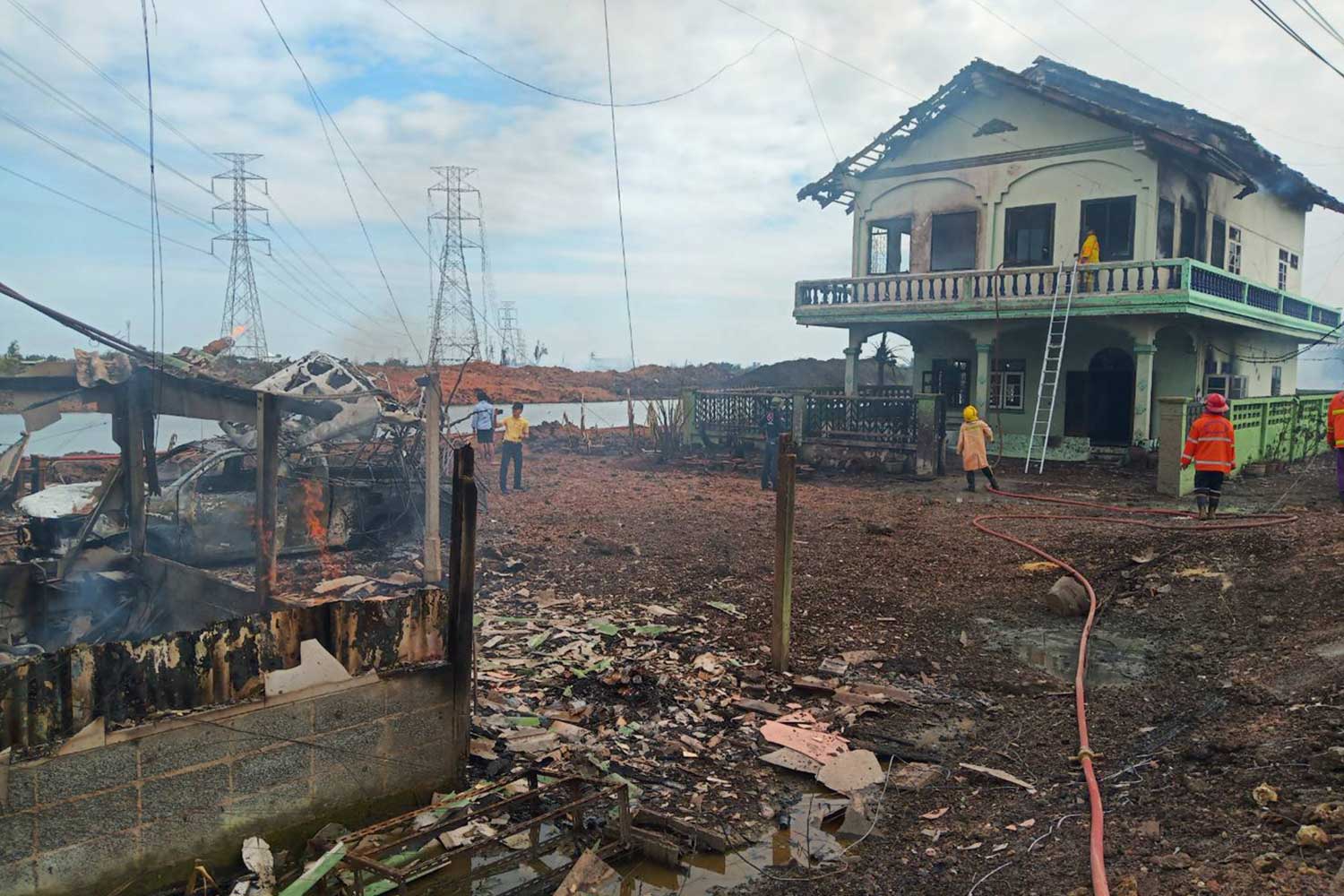 An operations centre was being set up at Wat Preng  Rat Bamrung, which was very close to the explosion,  to provide assistance to affected people, he said.

A cook at nearby Preng Wisutthathipbodi School said the 200 students ran for their lives. They were first startled by the explosion and then consequently terrified as flames lit up the sky. She heard three loud bangs.

Residents said a construction vehicle was filling land nearby before the pipe exploded. Reports said 40-50 fire engines were called to the scene to battle the huge blaze.

Early reports said the explosion occurred at the Asia Industrial Estate Suvarnabhumi. This was later corrected.

Supat Sawadchuto, director of the Asia Industrial Estate Suvarnabhumi, said the explosion was about 5km away.

The blaze was brought under control by late afternoon the Bangkok Post reported.

Meanwhile, officials from the Department of Pollution Control have been on site, to check for hazardous substances which may have been left at the scene of the explosion and which may threaten the health of people in the neighborhood.

An official from the Department of Pollution Control said that NGV gas is normally completely burned, leaving only soot, which may be carried away by wind to areas far away from the scene of explosion.