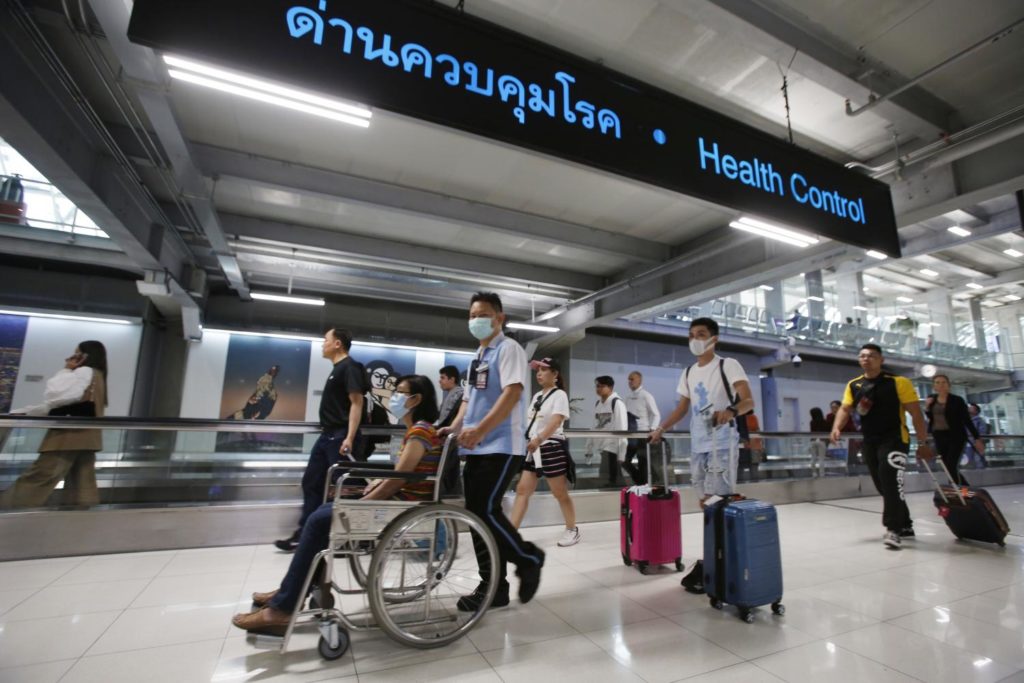 Health authorities at Thailand’s Suvarnabhumi airport have quarantined another traveller from Wuhan, China. Bringing the number of suspected cases of a mysterious virus to five.

The woman, who arrived at Suvarnabhumi airport around noon on Wednesday and showed signs of fever officials reported.

She has been transferred to the Bamrasnaradura Infectious Diseases Institute in Nonthaburi, where three other travellers have been quarantined. Officials are waiting for lab test results to identify her disease, Dr Suwanchai told the Bangkok Post.

The three other travellers quarantined were a three-year-old Chinese boy and two Thai students. All three were found to not be carrying the virus that has caused mysterious pneumonia infections in Wuhan, China, Dr Suwanchai said. A boy, suffered from influenza A/H3N2 virus, and a 24-year-old student who had type C flu, have been discharged.

The World Health Organization confirmed on Wednesday that Chinese authorities believe a new corona-virus. From the family that produced SARS and MERS, may be the cause of mysterious pneumonia cases in the city of Wuhan.

The Chinese government has not yet publicly stated that a corona-virus is the cause of the illness. The virus has infected at least 59 people. But the Wall Street Journal reported that was the case earlier Wednesday, citing unnamed sources.

Consequently corona-viruses are a large family of viruses that range from the common cold to SARS. Some cause less-severe disease, some more severe. Even more some transmit easily from person to person, while others don’t,” the WHO statement said.

The virus can cause severe illness in some patients, the agency said. Also adding that it does not “transmit readily” between people. Earlier statements from the Health Authority in Wuhan, China said there has been no person-to-person spread. Furthermore a claim disease experts say is impossible to make at this stage in the exploration of a new disease.

The WHO said that as authorities home in on the cause — and develop better detection tools — the number of cases associated with this outbreak may rise.