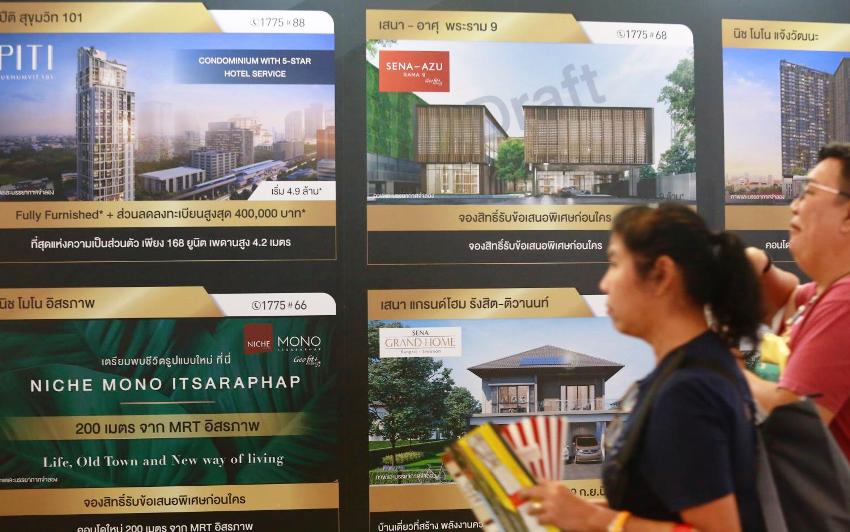 Thailand’s government has approved a cut on the tax of land and buildings by 90% of the amount due for the 2020 tax year. Above all to relieve people’s burden, Prime Minister Prayut Chan-o-cha said.

The cabinet approved on Tuesday a royal decree on the cut as proposed by the Finance Ministry. If the new tax rates under the new land and building tax act were imposed, people’s problems would worsen. Above all from the sufferings they already had, he said.

The tax cut this year was also aimed at preventing adverse impacts on the payment of income tax next year. The government would help local administrative organisations, which will rely on the collection of land and building taxes for their own expenses, Gen Prayut said.

The decree aims to ease the impacts of the new 2020 land and buildings tax law. The tax law was already promulgated and scheduled to come into effect in August.

Details of the decree show the cuts mainly benefit corporate owners of farmland; people who can afford more than one house; as well as owners of vacant land, or commercial/industrial properties.

This is because farmland owned by individuals is already tax-exempted for the first three years or until 2022. This is under the 2020 land and building tax act. According to the Bangkok Post only corporate owners are to pay less after the cuts.

Juristic persons owning farmland with the appraised value of 5 million baht normally pay 0.01% of the value under the existing law, or 500 baht. With the new cuts, they will now pay 50 baht.

The same also applies to residential use

Under the existing law, first-home owners are already tax-exempted for the value of land and buildings up to 50 million baht, and 10 million baht if they only own the structures but not the land.

Vacant land or commercial/industrial land and buildings with the appraised value of 5 million baht will be taxed 0.3% or 15,000 baht. Under the existing Tax law. The owners will now have to pay 1,500 baht after the cuts.