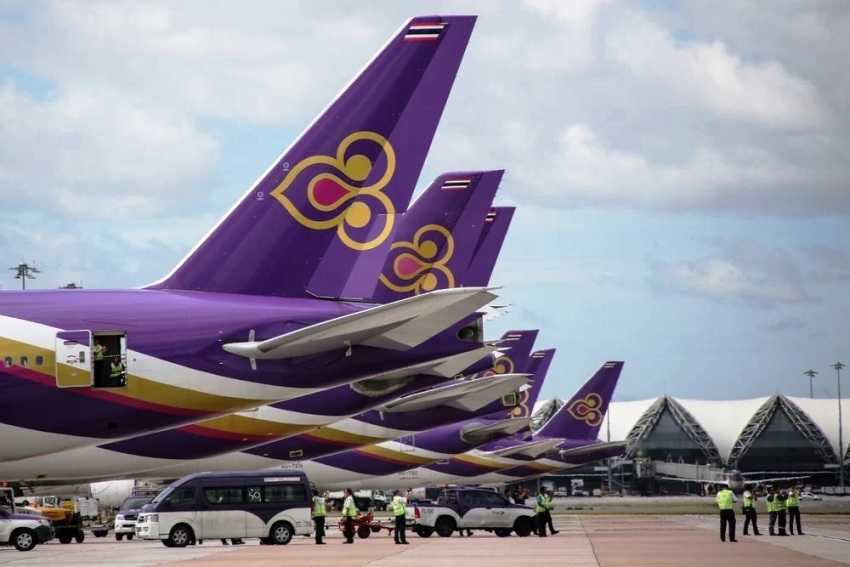 A Bankruptcy Court Investigation panel has revealed Mismanagement and corruption have led to the downfall of Thai Airways International. Thai Airways which has filed for business rehabilitation under bankruptcy protection.

Thaworn Senneam of the Democrat Party held a briefing on Friday to announce the findings of a panel set up to investigate what went wrong at Thai Airways. The investigation focused on operations between 2017 and 2019.

THAI has lost money in every year but one since 2013 and now has outstanding debt of 250 billion baht. The Central Bankruptcy Court recently held three days of hearings on the airline’s rehabilitation plan. The bankruptcy court is scheduled to rule on the application on Sept 14.

Mr Thaworn said losses of at least 62.8 billion baht began in 2008 after the purchases of fuel-guzzling passenger jets for long-haul direct flights.

The bankruptcy panel found the decision to buy 10 Airbus A340-500 and A340-600 jets led to dire consequences. Losses were recorded for every flight. From the maiden Bangkok-New York direct flight in 2005 to 2013, when the last plane in the fleet was decommissioned, Mr Thaworn said.

He also claimed to have evidence of bribes of at least 5%, or 2.6 billion baht, to politicians, officials and THAI executives in connection with the purchases.  The panel also found price differences of as much as 589 million baht in the operating leases for six Boeing B787-800 jets and two B787-900s.

The minister said the discrepancy stemmed in part from some 245 million baht in bribes paid by Rolls-Royce through middlemen to officials and THAI executives for the purchases of engine parts, and flat-rate payment for repair and maintenance services.

Other irregularities identified by the bankruptcy panel include a rise in employee expenses even as the number of employees fell. It did not specify the time period but said overtime pay for pilots and crew rose by 638 million baht. Overtime for repair and maintenance crew rose 530 million baht. Average monthly cash compensation for employees was 129,134 baht each.

In 2019, when net losses reached a record 12 billion baht, the overtime for repair and maintenance employees was 2 billion baht. With some staff recorded as working overtime more than 365 days a year.

Executives of the commercial division also transferred people close to them to stations abroad and set sales targets to match the desired levels of incentives. After that, 10% of the incentives were deducted and put into an unregulated slush fund, from which commercial managers split the proceeds.

Among top executives, the panel found an acting president was paid special cash compensation of 200,000 baht a month. The amount tripled over nine months in violation of a cabinet resolution and a Finance Ministry prohibition against acting executives at state enterprises accepting more compensation than what they normally get. All told, the panel said, excessive compensation to executives cost the company 10 billion baht.

The panel also believes THAI was favoring a certain company by extending its right to sell tax-free inflight products by nine months instead of calling a bid, costing 655 million baht.

Related Topics:BankruptcyemployeesExecutiveInternationalOvertimethai airways
Up Next