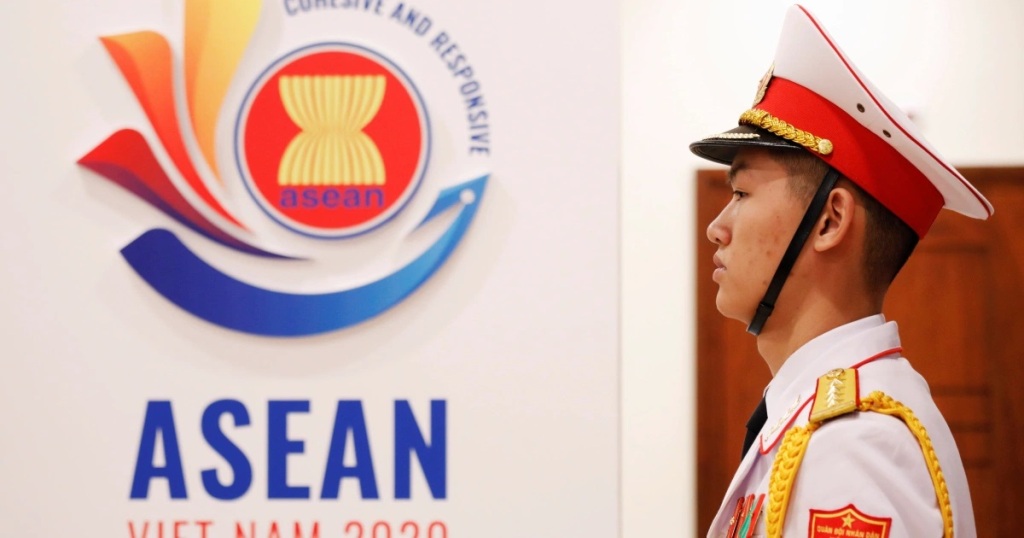 Indonesia, which has recorded more than 450,000 coronavirus infections and over 15,000 deaths, has become a linchpin in Beijing’s efforts to assure ASEAN Countries that China – rather than Western countries or Russia – should be their first choice to supply them with an effective, trustworthy coronavirus vaccine.

Winning over Southeast Asia’s biggest country and its population of 270 million would put China well on the way to a public relations victory in a region already at the centre of a struggle between Washington and Beijing for influence over the South China Sea and Mekong region.

For Beijing the early signs have been encouraging. Last month, after meeting Chinese Foreign Minister Wang Yi, Indonesian minister Luhut Pandjaitan – who oversees Chinese investment in the country and is a trusted aide of President Joko Widodo – said Beijing was supporting Jakarta in its attempt to become a regional hub for vaccine production.

Coronavirus vaccines in the final stages

China now accounts for four of the 11 vaccine candidates in the final stages of clinical trials around the world. It has also announced it will join Covax , the World Health Organization’s drive to ensure the fair distribution of vaccines worldwide, especially to poorer countries.

Beijing is currently negotiating the launch of final-stage vaccine trials in the Philippines , while promising access to Malaysia and the Mekong countries of Vietnam , Laos, Cambodia, Thailand and Myanmar .

“In the months to come, China will continue to stand firmly by Asean countries to [provide them with] the vaccines. [All countries] think vaccines will be the final solution to Covid-19,” Deng Xijun, China’s ambassador to Asean, said last month in a webinar by the NGO, Foreign Policy Community of Indonesia.

“China’s vaccines are being proven safe and effective with no serious adverse reactions. And China has made pledges on multiple occasions to provide Asean countries with vaccines on a priority basis, when their development is complete and they are available for use.”

However Indonesian suspicions towards Beijing have been heightened by the presence of Chinese fishing vessels near the Natuna Islands, in waters Beijing views as part of its traditional fishing grounds but Jakarta sees as within its exclusive economic zone.

Indonesia’s involvement with a Chinese vaccine would therefore provide a great public relations victory for Beijing if it succeeded, said Teuku Rezasyah, an international relations lecturer at Indonesia’s Padjadjaran University.

“If the clinical trials [in Bandung] deliver decent results, China could medically work together with other Asian or African countries and provide vaccines for more countries. But if the trials failed, China’s soft power in Indonesia would tank,” Teuku said

Vaccine diplomacy could also help shape views in the Philippines , said Aaron Jed Rabena, a research fellow at the Asia-Pacific Pathways to Progress think tank. Philippine fishing vessels have also had run ins with their Chinese counterparts, while the two countries have a long-running territorial dispute in the South China Sea.

Success with a vaccine might also go some way to combating suggestions that China was somehow to blame for the virus because the Chinese city of Wuhan was where the first confirmed cases were discovered.

“I think China is eager to make up for the negative image that it has got all over the world because of Covid-19,” Rabena said.

Lack of Trust with China

Despite encouraging signs, analysts said trials of Chinese vaccines might struggle to attract volunteers in countries that had complicated relations with China.

This was especially so in the Philippines, given its territorial dispute with Beijing over the South China Sea. In 2016 an international tribunal in The Hague backed the Philippines in its case against China, essentially rejecting Beijing’s claims to about 90 per cent of the disputed waters.

While Duterte, who took office shortly after the ruling, has played down the dispute in favour of brokering economic ties with Beijing, suspicions about China’s intentions linger among the general public. At the same time, there is also an active anti-vax movement, with misinformation and disinformation campaigns linked to vaccinations for polio and other deadly diseases credited for a plunge in childhood immunization rates.

Physical therapist Mikaela Abamonga would likely be among the first to get a vaccine in the Philippines as she is a medical frontliner. But the 25-year-old, who works at the Philippine General Hospital in Manila, said she remained wary.

“I think the vaccine may have been done too fast and would need better and more in-depth research prior to people being inoculated. I am not confident about the Chinese government as they gave the vaccine there even without completing all phases of the trial,” she said, referring to how Sinovac obtained emergency use approval from Chinese authorities to vaccinate high-risk groups, such as medical staff in July.

There are also concerns among the Malaysian public, though Prime Minister Muhyiddin Yassin has said the country hopes to access Chinese vaccines by the end of the year and has boosted the government’s immunisation budget from one billion ringgit (US$241 million) to three billion ringgit. Total infections in Malaysia have tripled to more than 40,000 in the last two months, with many new cases linked to the Sabah state election in late September.

During Thursday’s Asean-China summit, Malaysia’s Foreign Minister Hishammuddin Hussein said Malaysia had expressed its appreciation to China for prioritising it as a vaccine recipient.

“We are now ready to receive successfully developed Covid-19 vaccines,” he said on Twitter.

But unlike the Philippines and Indonesia, Malaysia has steered clear of signing up for trials of Chinese vaccines.

Dr Adriel Chen, a Malaysian health expert based in Britain, said this was because the country was wary of becoming a “guinea pig” for Chinese pharmaceutical companies.

“There’s growing concern among Asian nations and Malaysia that we’re selling out to China. Readily agreeing to be part of a clinical trial for a vaccine might be part of that slippery slope. The other question is about having skin in the game – so we’ve stuck our necks out for China and exposed our population to the vaccine. Do we get the benefits? Do we get early access to the vaccines at cost?” he asked.

Cambodia has been more welcoming and has indicated it would embrace any Chinese vaccine that is approved by the World Health Organization .

“Cambodian people now seem to have more trust in Chinese products and believe in Chinese ability to handle the pandemic well. Thus, the Chinese vaccine should be as good as or even better than the Western one,” said Sovinda Po, a senior research fellow at Cambodian Institute for Cooperation and Peace.

Meanwhile Vietnam , which has been relatively successful in containing the pandemic, is hoping that home-grown vaccines could be commercially available by the last quarter of 2021. Four Vietnamese companies are developing vaccines, including the Ho Chi Minh City-based Nanogen Biopharmaceutical Biotechnology.

Kelly Vo, 30, who works in a non-profit organisation in Ho Chi Minh City, said she would sign up for the Chinese vaccine as long as she was confident it met internationally-recognised scientific standards.

But Dr Ha Hoang Hop, a visiting senior fellow with the Vietnam Studies Programme at Singapore’s ISEAS-Yusof Ishak Institute said: “People in Vietnam do not feel trusting enough of the Chinese vaccines. They trust home-made vaccines much more.”

Meanwhile, Epidemiologists caution that vaccines – whoever develops them – are no silver bullet, particularly for countries such as Indonesia that lack proper test-and-trace systems.

Pandu Riono, an epidemiologist at the University of Indonesia, questioned the wisdom of backing three vaccines from the same country, especially when they remained unproven.

“Why did we agree to buy [vaccines] whose efficacy is not yet clear? This will make us lose our focus on strengthening the surveillance system,” Riono said.

Manufacturing the vaccines will also be costly, particularly for Indonesia which has entered recession for the first time in over two decades. The government has said that Bio Farma will need over 45 trillion rupiah (US$3 billion) to produce the 260 million doses of Sinovac’s vaccine.

On the other hand, successful vaccines would be a shot in the arm for the economy and the government has estimated a half-year delay in delivery would cost Southeast Asia’s largest economy US$44 billion.

Dr Jennifer Bouey, a senior policy researcher and Tang Chair in China Policy Studies at the RAND Corporation said she was not surprised that Indonesia collaborated with China on the human trials. It is one of the few vaccine producing countries in Asia, and operates under a WHO-approved system where its national regulatory authority (NRA) guarantees vaccine quality for the population.

Bouey, who is also an epidemiologist, said the US and major European countries had not shown interest in China’s Covid-19 vaccines possibly because vaccines given to their populations required approval from an internationally recognised Stringent Regulatory Authority (SRA)and thus they rarely accepted medical products that were regulated under an NRA system.

“China’s vaccine targets the domestic market and developing countries. Whether the local public will accept the Chinese vaccine or not depends on domestic politics,” she said.

Vaccine could very well be effective

For Fadli, the volunteer, and many other Indonesians seeking a return to some sort of normality, the Sinovac vaccine is his biggest hope – at least for now. Indonesia also has plans to mass produce its own vaccine, named Merah Putih after the colours of its flag, though this is not expected to arrive until 2022.

So Fadli has cast aside any lingering suspicions.

“At first I hesitated [to volunteer], because the coronavirus originated from China, and this vaccine is made by China. But after I did some research, I shook off negative thoughts because this vaccine could very well be effective. China was agile and its handling of Covid-19 was proper.”

Thailand’s Economic Recovery May be the Slowest in ASEAN